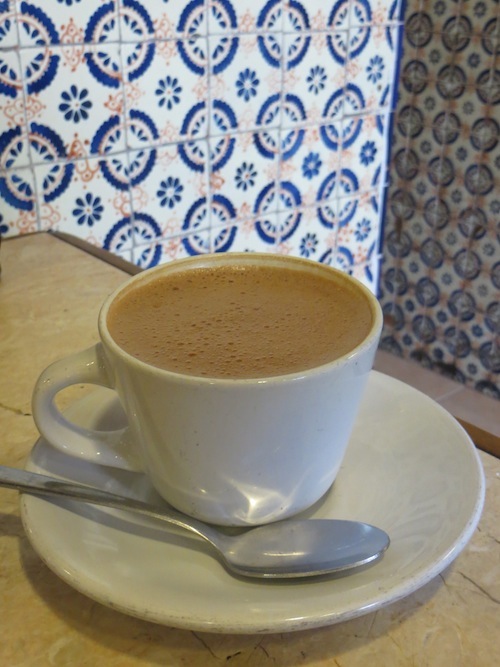 When we walked into El Moro at 11am on a Saturday it was busy outside. Very busy. But when we walked out 30 minutes later it was insanely busy, and almost impossible to walk around. The historic center isn’t just of interest for the tourists. This is where the locals make their way in the thousands on the weekend to shop, eat, mingle and hang out. One needs to try to maneuver the crowds while looking up at the countless stunningly intricate buildings surrounding the Zocalo (Plaza de la Constitucion, the largest plaza in South America). More than 1500 buildings in this area are classified as UNESCO World Heritage. 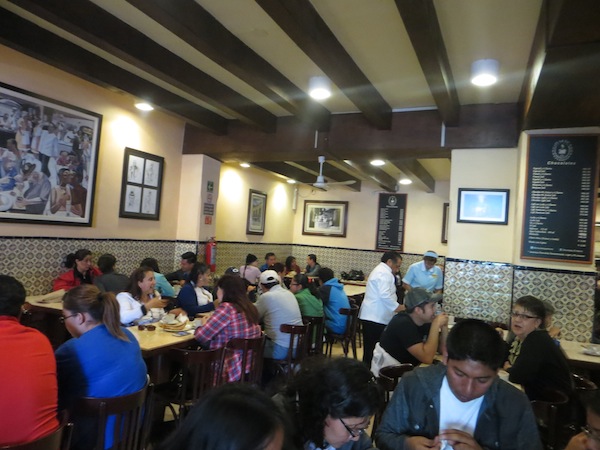 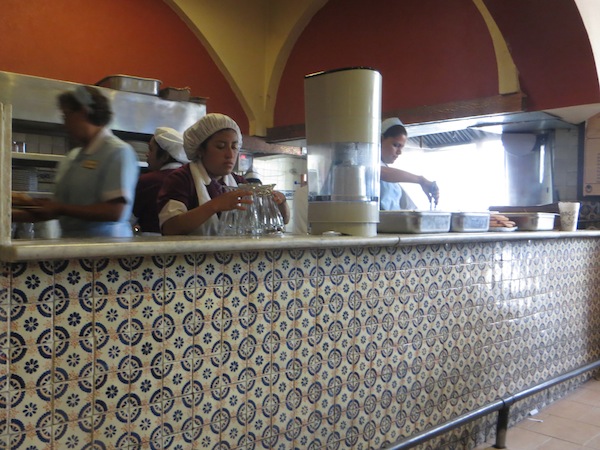 The centre of Mexico City is the place where the Aztecs founded their capital, Tenochtitlan in 1325. The original pyramid that they build here was later taken mostly apart and the stones used to build other buildings in the center including the cathedral. Start there, then make your way along Ave Francisco I. Madero to the Palacio de Bellas Artes and the Alameda Park. By then you will need a hot chocolate break at El Moro.

Seventy eight years ago a couple of Spaniards arrived in Mexico City and opened a bakery. Soon after that they decided to offer one of the most popular snacks from Spain: the churro. They started off selling the churros from a little cart but because of the popularity of their churros were soon able to buy a store front where they still make all of their churros today. El Moro is a must visit in Mexico City for locals and tourists alike, not just for its churros but perhaps even more for its hot chocolates. 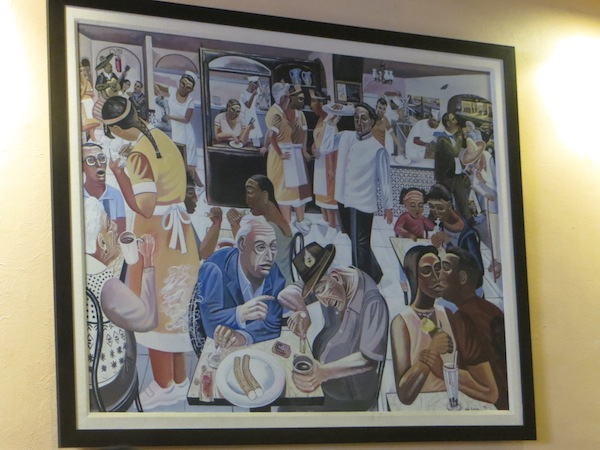 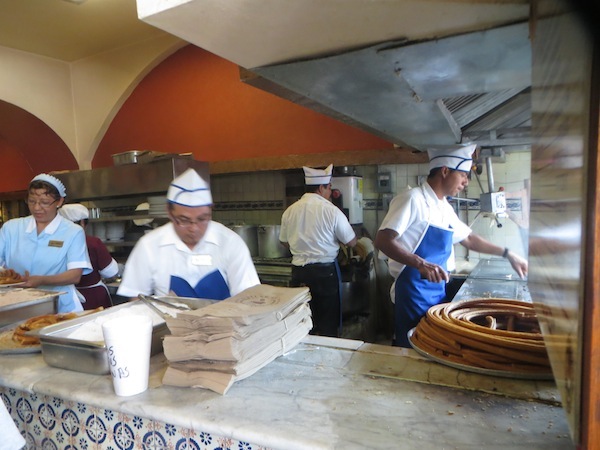 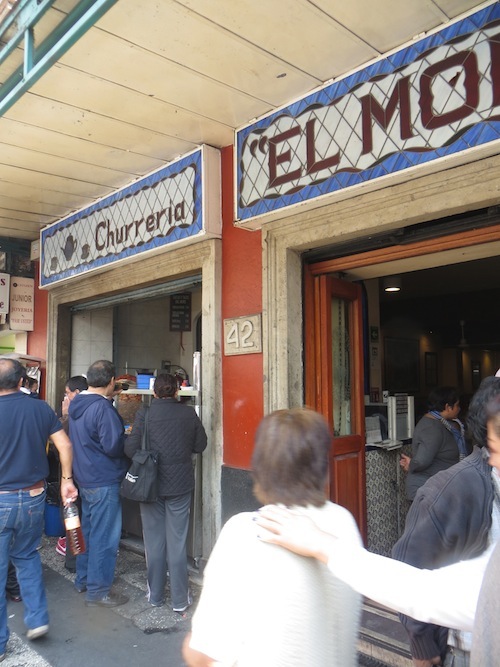 To get to El Moro you walk down an incredibly busy street where people are selling batteries, pirated copies of Microsoft Windows and flat shoes. You’ll hardly believe it when you arrive and step inside, as it has a completely different feel than the world you have just left behind. The decoration when it first opened was colonial, but after three fires and several renovations it has taken a slightly more modern approach. The walls are covered in beautiful hand painted blue and yellow tiles and there are several stained glass murals and large paintings showing people just like us over the years enjoying their churros and hot chocolate. The waitresses, dressed in light blue or pink uniforms with white lace details and thick black shoes, magically appear at your table to take your order as soon as you sit down with a big smile. As we sat at our table, a man along the wall was playing his guitar, sipping hot chocolate and eating churros between songs.

On the right side just by the entrance is the open kitchen where you can watch them creating constant batches of churros for the never-ending line up of cravers.Thick strings of dough are dropped into boiling oil, twirled around a few times and then taken out when they are nice and golden. Once dry they are dusted with cinnamon or sugar and eaten while still hot. To accompany your churros you have a choice of four hot chocolates. The Mexican hot chocolate is light, slightly sweetened with a hint of vanilla. The French hot chocolate is bittersweet with vanilla and the Spanish hot chocolate is thick and decadent. My strong recommendation however is to go straight to the first option on the menu, the Especial or Special. It is a delicious bittersweet chocolate made with fresh whole milk. You are now ready to tackle the crowds and continue your exploration of the historic city centre. 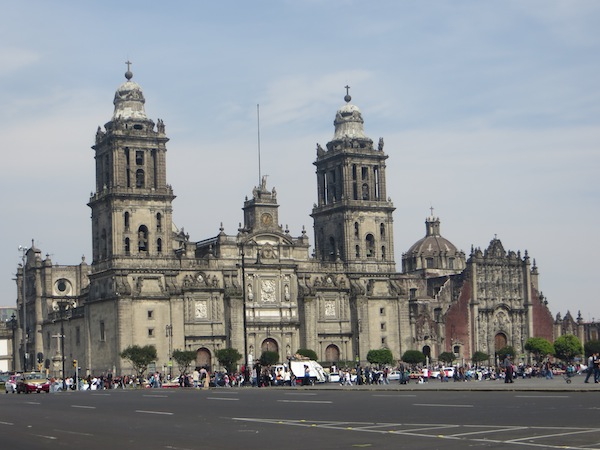 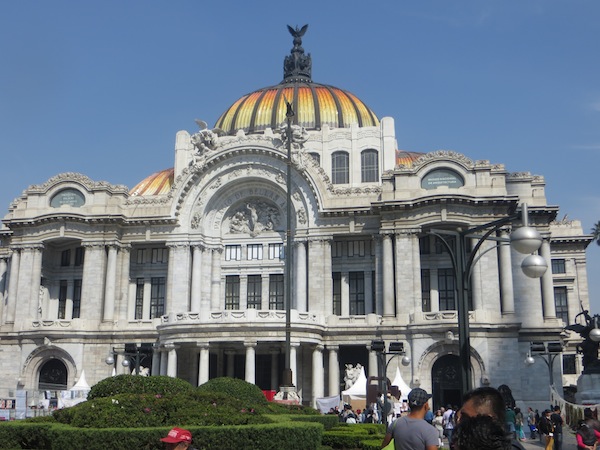 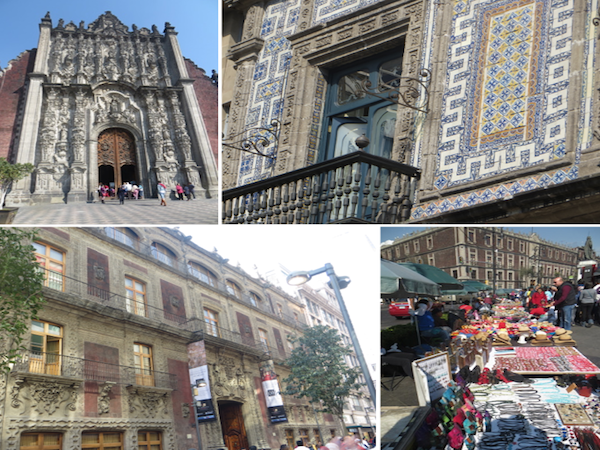 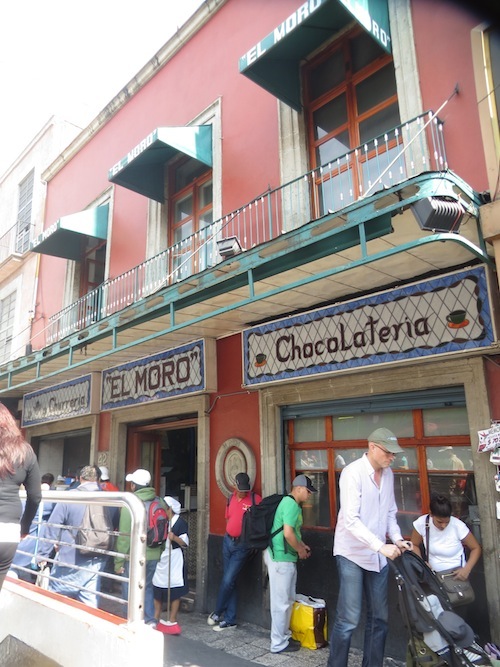