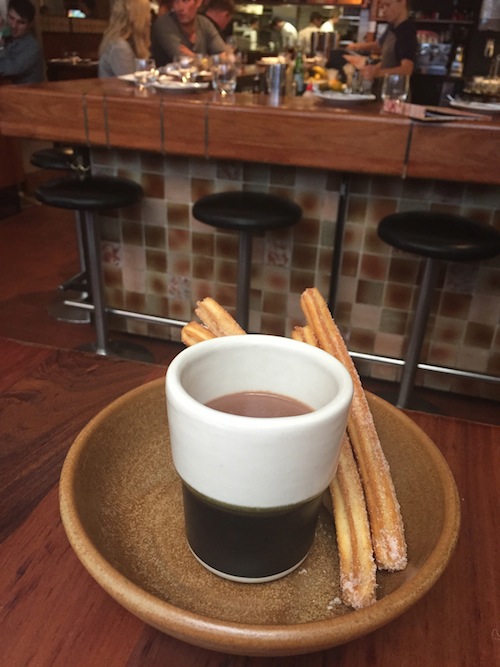 Just across the street from Federation Square in the center of Melbourne is Hosier Lane. This relatively short, traffic free lane is covered with a constantly changing mixture of beautifully elaborate graffiti pieces as well as tagging. There are layers upon layers upon layers of paint creating an urban rainbow. The lane regularly hosts an event called Paint up where artists can submit a concept for a large scale image to be painted in the lane. Winner street artist Adnate was given the opportunity to paint a 23 metre tall portrait on a windowless wall above the lane of an Indigenous boy. Tourists and locals alike flock to the lane daily to admire, discuss, judge and photograph. 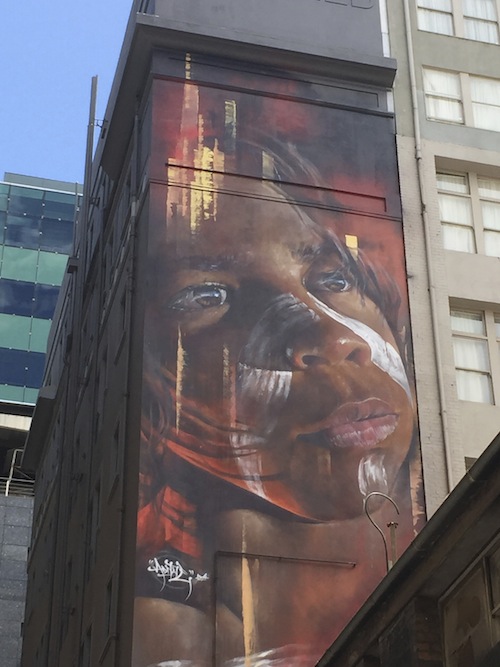 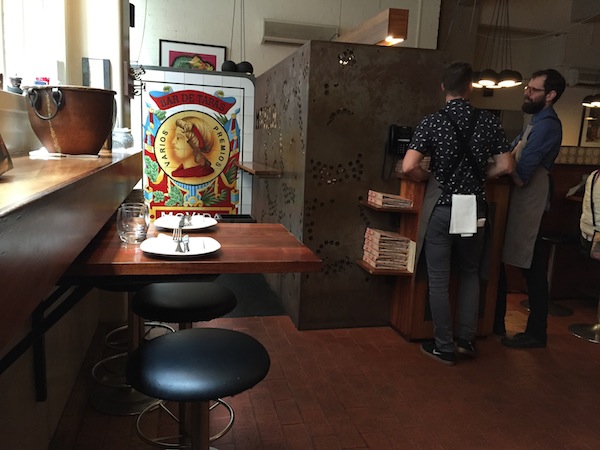 There isn’t much on Hosier lane other than street art, tourists, and an unlikely companion, Movida, which has been there since 2003. What better way to accompany ever changing, unique street art than with colourful and creative Spanish tapas. So good is Movida that founders Frank and Vanessa and their business partner Andy have set up Movida Next Door (not surprisingly located right next door to Movida also on Hosier lane), Movida Aqui, Bar Pulpo and a Movido in Sydney. So good is Movido that Melbourne’s The Age Food Guide which awards one, two or three hats to the best restaurants in Melbourne awarded Movida two hats.

We stopped for lunch and took a table by the window, to watch the tourists watching the art and because they had already had reservations booked for all the tables in the main area. The place was buzzing with staff confidently and constantly moving around in the kitchen, behind the bar and on the floor. One man with a blue shirt with flamingos on it seemed to be in charge, ensuring that everything stayed crazy but cool and under control. He was everywhere, all the time without every feeling or acting scattered. Watching him coordinating everything was a surprisingly enjoyable part of the lunch. 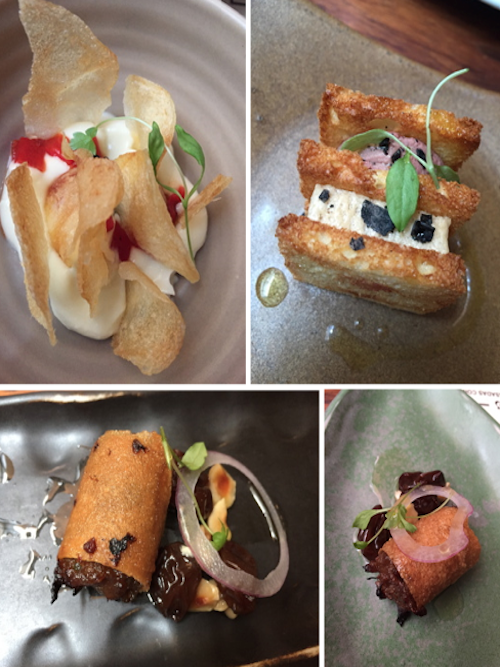 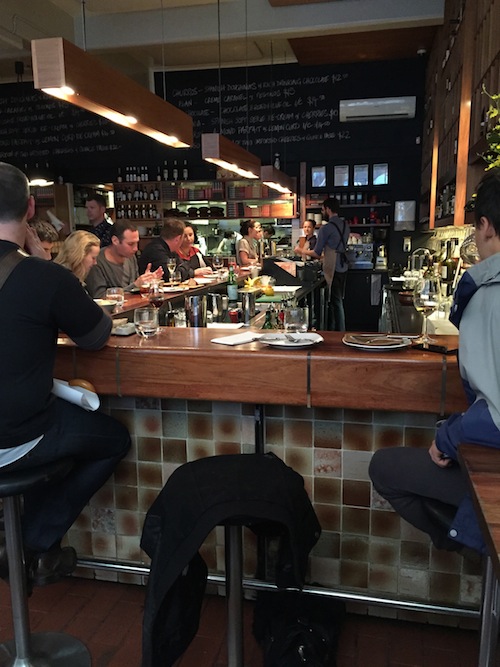 The most enjoyable of course being the food. Movida makes, or rather creates bite-sized morsels of perfection..really. We turned their tapas menu into an 8 course degustation, ordering two of each of their offerings which were presented to us as they were ready. The Bocadillo, layers of brioche, duck liver pate and PX foam was incredible as was the delicate Queso, a quince paste cigar filled with whipped goats milk cheese. Oh and the Flamenquin, crumbed pressed pork with mahon, thyme and jamon. Delicious. I’ve had great Spanish tapas before. These are Spanish tapas with the twist that Melbourne does so well.

For dessert we each ordered churros with rich drinking chocolate (because why would you ever want to share something like churros and chocolate). The chocolate was made using Callebaut Belgium dark chocolate with a bit of added cream and thickened into a rich, pudding like consistency, similar to how they do it in Spain but a little lighter. We picked up the smells of cinnamon and sugar from the churros as you sipped it. “People either love it or they hate it”, our Flamenco shirted conductor mentioned. I told him I was going to lick the cup even though it was a hatted restaurant. “You wouldn’t be the first” he assured me. Rich did it too so I wasn’t alone.

What is incredible about Hosier Lane (beyond Movida and their creamy hot chocolate) is how ever changing it is. We were in the city twice in a matter of days and in that time many of the pieces of art on the walls had already changed. One wall was even re painted while we were in Movida having lunch. The portrait of a man with a blue hat (strangely resembling Obama) smoking a cigarette was tearless before lunch and by the end of lunch had two small tears coming from his left eye. He was probably overcome with jealousy watching us enjoy our hot chocolate. 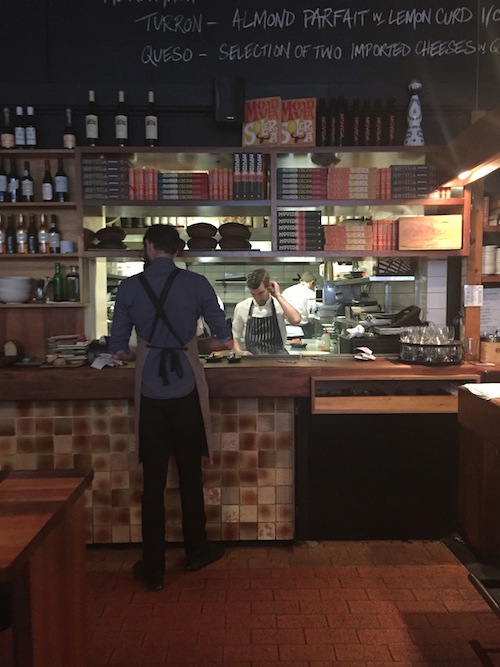 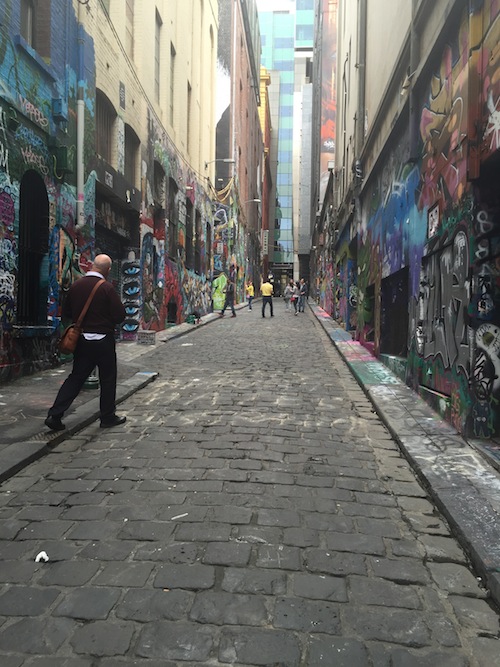 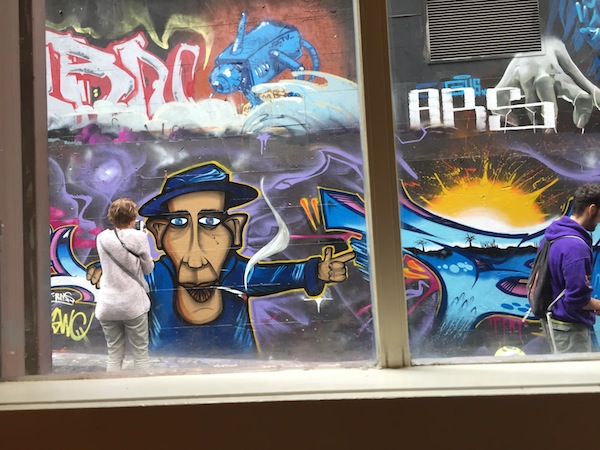 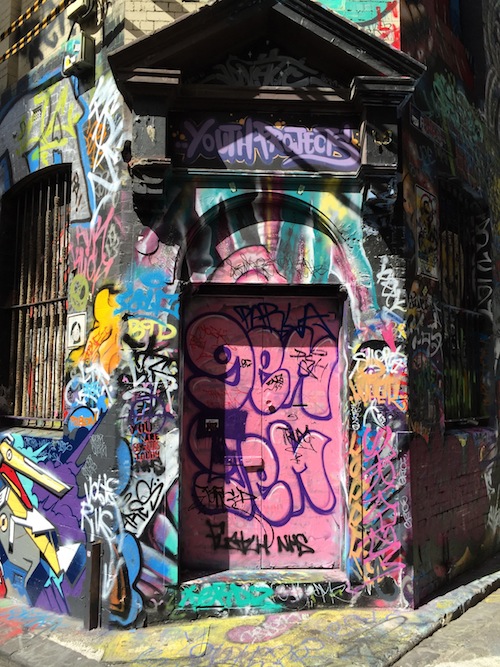 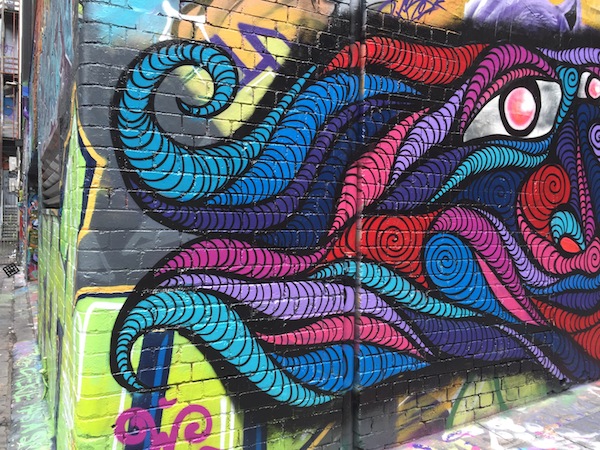 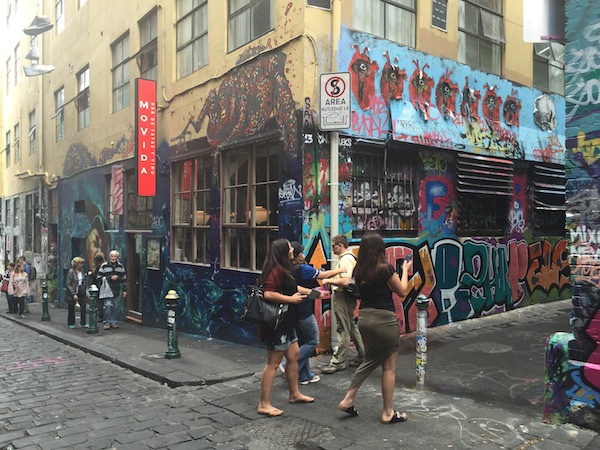 Verdict: A colourful and delicious way to spend the lunch hour. Add this to your must do list in Melbourne. Movida, 1 Hosier Lane, Melbourne, Australia