The Centre of All Things Chocolate – Hot Chocolate at La Soledad, Oaxaca, Mexico 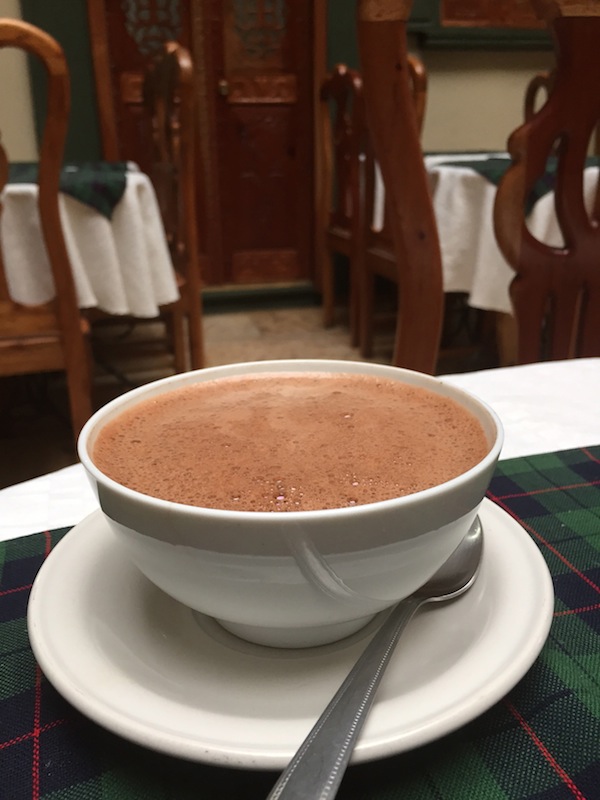 If you are a lover of hot chocolate, there are a few places in the world that you absolutely have to visit, and Oaxaca is one of them. In this magical city of about 200,000 people, everyone drinks hot chocolate, or simply chocolate as they call it. Families have their special blends that they get made up at their local chocolate store, and people usually drink it at home with water, but sometimes with milk. They take their chocolate,  choose how much sugar they want added to the chocolate as well as any other ingredients such as cinnamon, almonds or chili. They then bring their recipes to a number of stores around the Chocolate and Bread market downtown where the staff carefully place them in grinders and lovingly put together their mixes for them to prepare at home.

There are two main chocolate brands available in the market, both have several stalls and stores in the area all with grinders. One is Mayordomo which I will review soon. But today we started off at La Soledad, mostly because locals had recommended it. La Soledad is a family business that started in the 30’s. Back then there was a demand for places to grind the chocolate since most people before then were grinding them by hand, a slow and laborious process. The mills, which originally weren’t made to grind cocoa, were tweaked by the family to make them more effective at producing the slightly rough chocolate texture favored here. Families would arrive with their ingredients and then these would be passed through the molido twice in order to thoroughly mix the chocolate, sugar, cinnamon and almonds. Customers had the choice of receiving their personalized mixes in either rectangular or round tablets or small balls. Because of the popularity, La Soledad soon after started selling the necessary ingredients in the store so that customers didn’t have to bring their own ingredients. 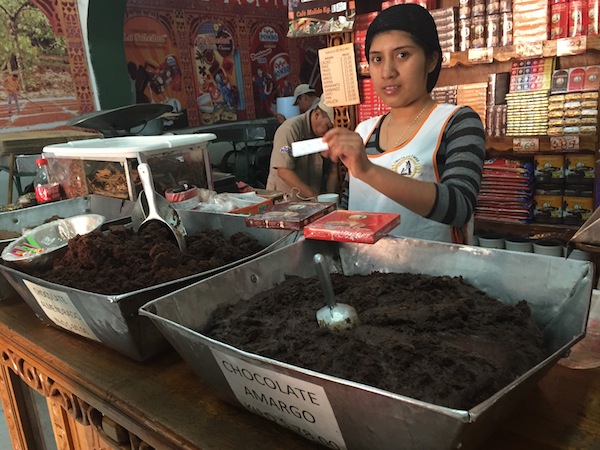 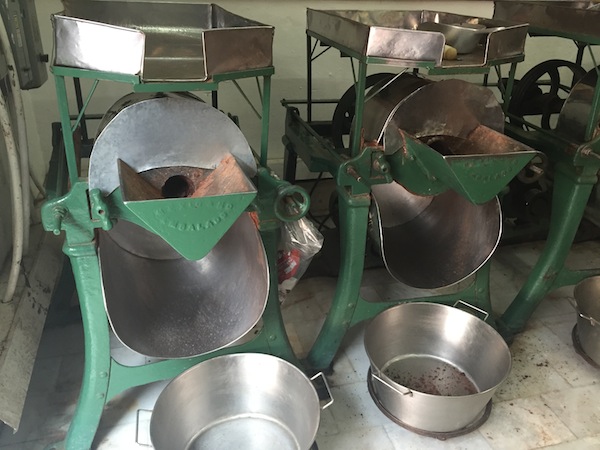 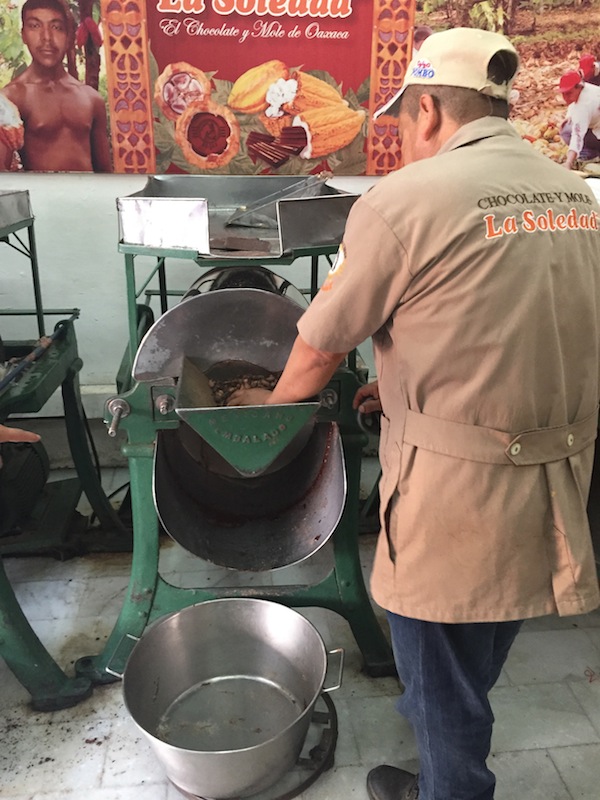 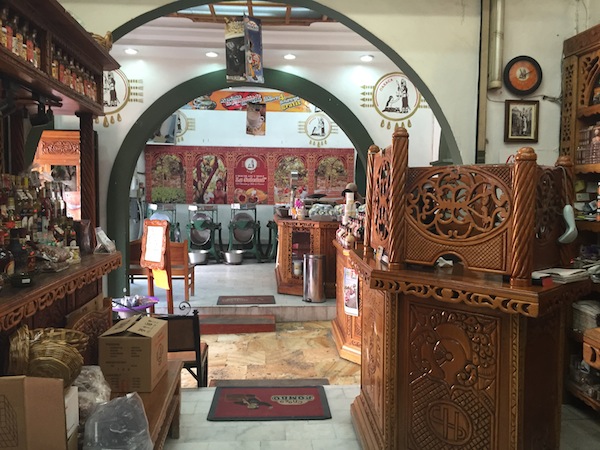 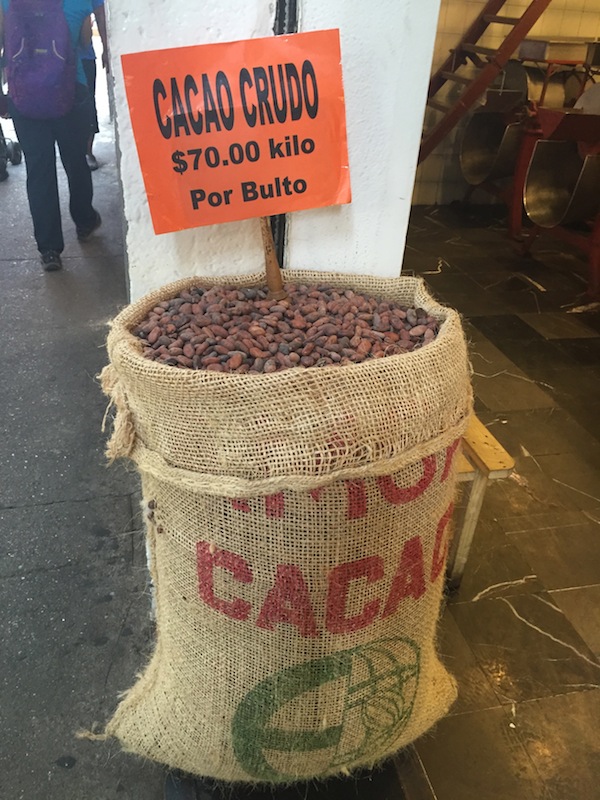 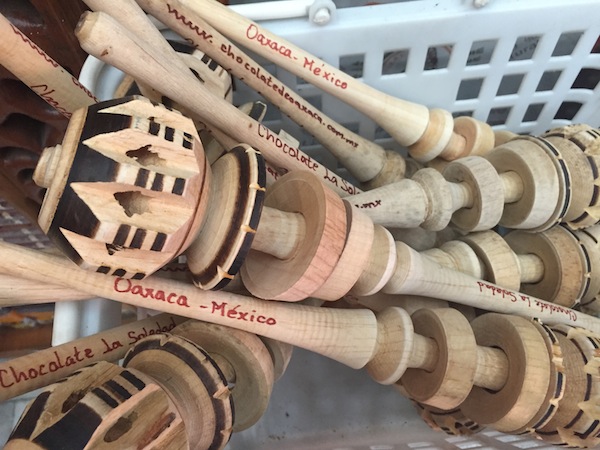 Whether you are a lover of chocolate or not it is worth a visit inside. The walls and counters are made of beautiful intricately engraved wood carvings, made in a local village that specializes in this type of thing. One side of the store has the chocolate for sale with samples of the different hot chocolate mixes they have already prepared as well as mole. In the middle there is a small café area, which is also the breakfast area for the Hotel Chocolate which is housed in the same building. On the other side is the chocolate mixing area. Here you can buy the chocolate pastes already pre mixed but in bulk and can also sample them.  The idea is that you then tell them how much sugar you want added and they make you a personalized mix.

When we arrived, a man had arrived at the same time with not just a family recipe but his own ingredients. A member of the staff took the cocoa nibs and put them through the grinder. Out came this beautiful rich cacao liquor which he let us taste. Completely unsweetened and rough in texture it was quite warm from the friction of the mill. It had a powerful yet pleasant taste, you could really taste the subtleties of the chocolate flavor itself without the distraction of sugar and other ingredients. He then took that chocolate liquor and added almonds and cinnamon and put it through another mill again before mixing in a large scoop of sugar. The whole mix was put into a plastic bag and handed back to the very happy client. 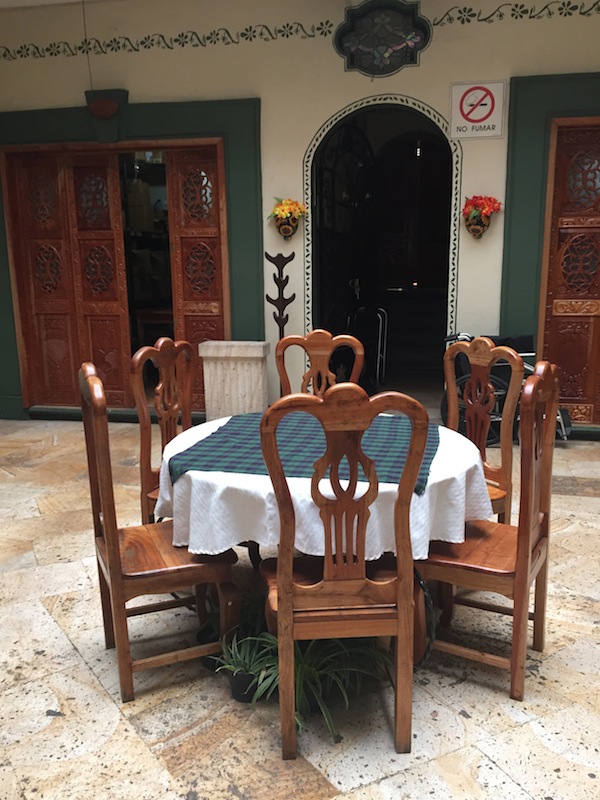 We decided to sit in their café to try their hot chocolate. The café was pretty rough around the edges, with green tartan table clothes and a woman cleaning the walls with a powerful disinfectant as we sat there. But the café was bright and spacious with the same beautiful wooden carvings throughout. We ordered two hot chocolates, their basic with water and their especial (special) with water which has almonds and cinnamon. The chocolate was beautiful. We had tasted the original chocolate a few times in the store and knew that. But we felt somewhat let down as it wasn’t the best of the hot chocolates we had while in Oaxaca (and we expected it would be, but it did have a lot of competition!), too much water and not enough of their beautiful chocolate.

You will not find any other chocolate products such as chocolate bars and treats here. In Mexico people do not eat chocolate bars. Chocolate is sold for two main reasons; to make hot chocolate and to make mole. Oaxaca is famous for its mole and has 7 different types of moles. Several of the moles, in particular mole negro, have chocolate added to them. Making mole is a very elaborate and time consumer process and requires dozens of different ingredients all prepared in a particular way. For example the Mole Oaxagueno has 21 different ingredients! For that reason many buy mole paste and mixes from the market rather than making their own. La Soledad sells a range of moles ready to use at home. 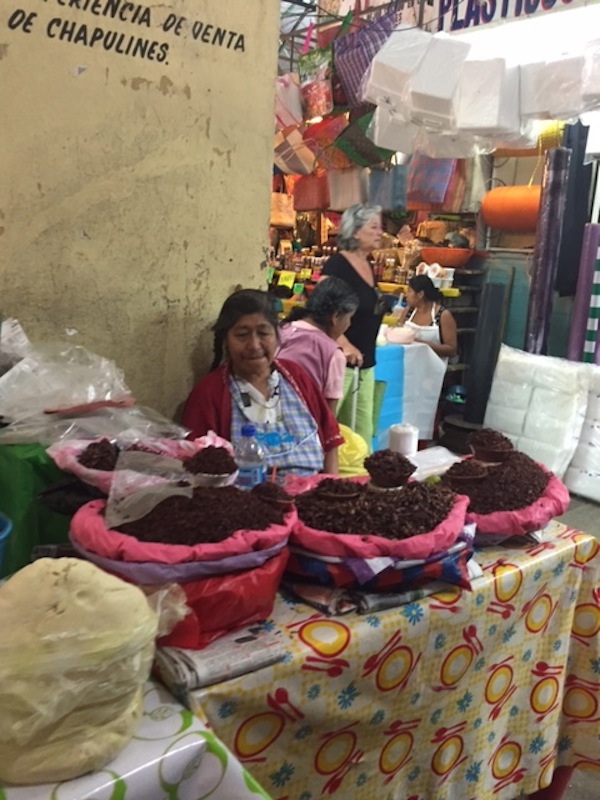 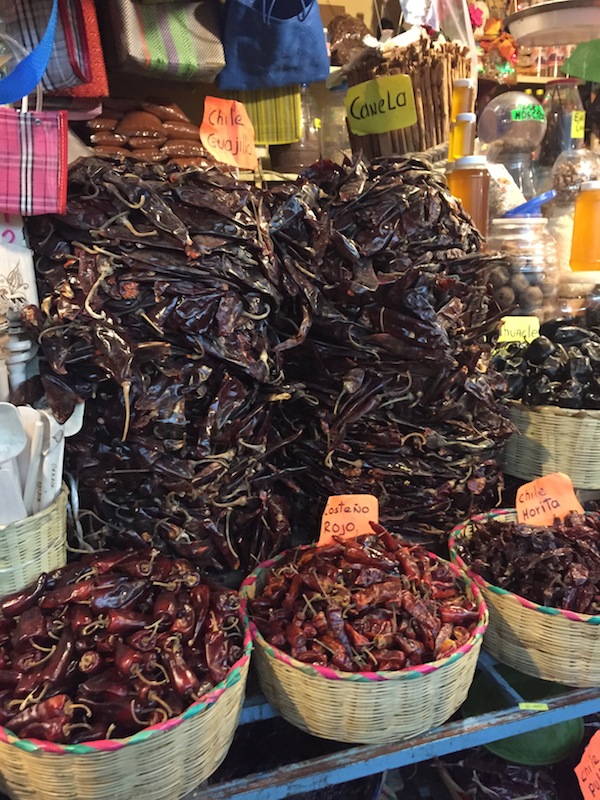 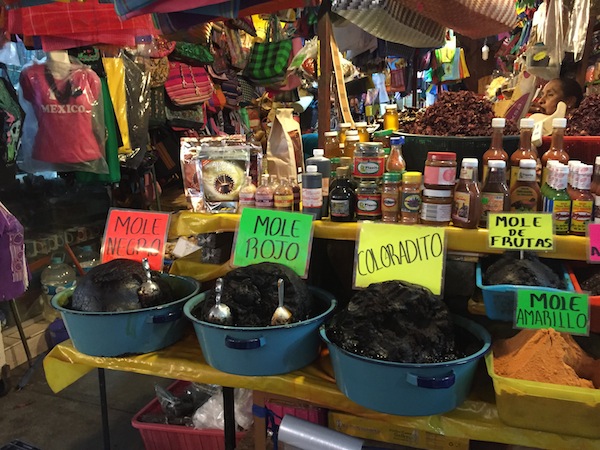 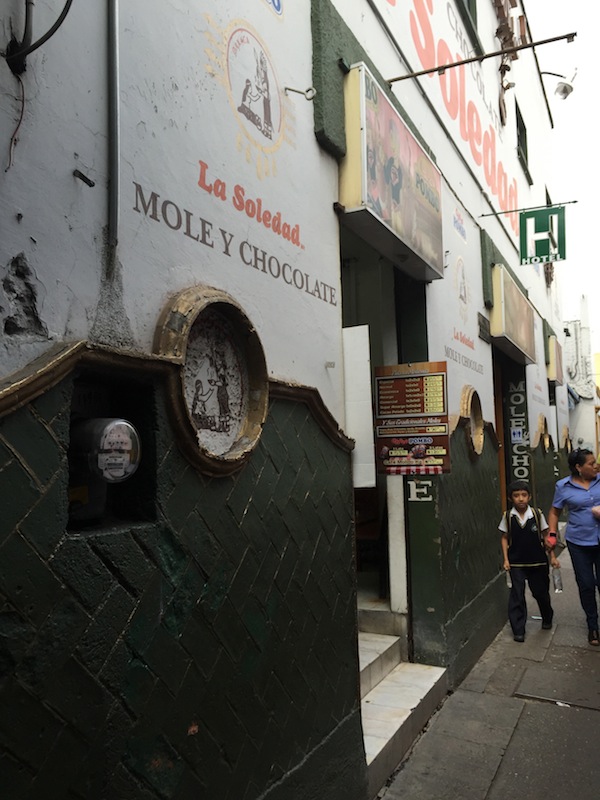 Verdict: Buy a few different types and bring them home to prepare in the comfort of your home rather than having them in store. La Soledad might have a few things to learn from competitors Mayordomo on presentation of their hot chocolate….more on that soon. Regardless, beautiful chocolate and an incredible experience seeing the milling process.  La Soledad Chocolate y Mole, Oaxaca, Mexico