A Walk Around and a Hot Chocolate at Louisiana Museum of Modern Art, Humblebaek, Denmark 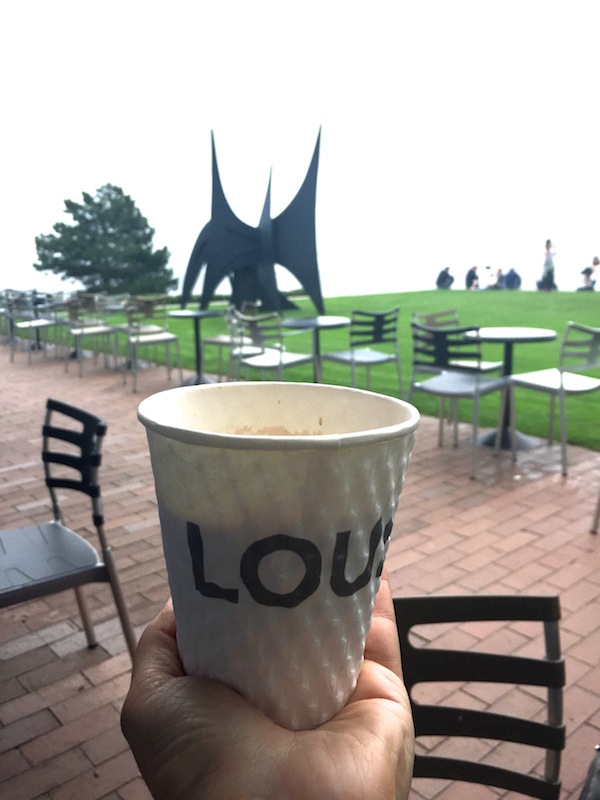 Only about a 30 minute drive or a short train ride from central Copenhagen you find yourself in an unlikely artistic hot spot, Humblebaek. Here is the location of the Louisiana Museum of Modern Art, a leading international museum of modern art which is home to a stunning array of pieces from a range of well known and soon to be well known artists. Opened in 1958, it was originally intended to be a home for Danish art works but instead ended up housing international ones. The name of the building that was later converted to the museum was named after the original owners wife, or wives, as he had married not one but three different women all named Louise. 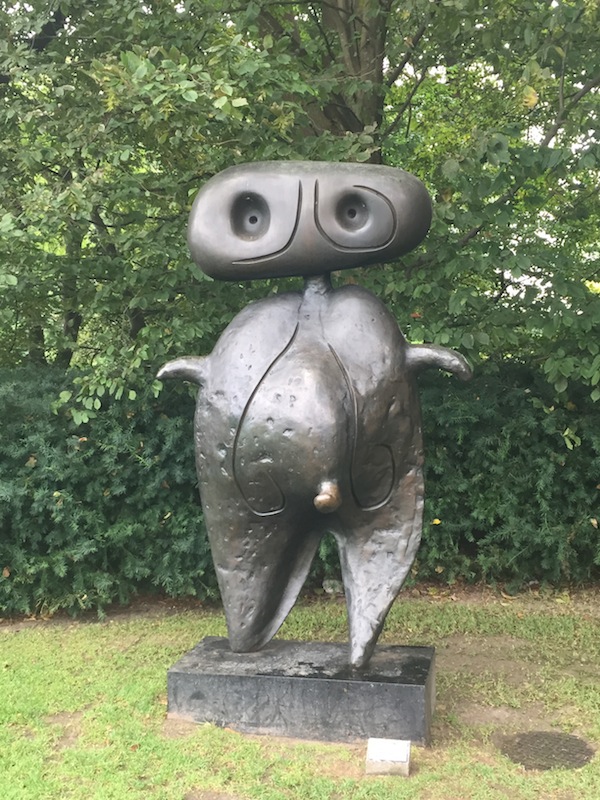 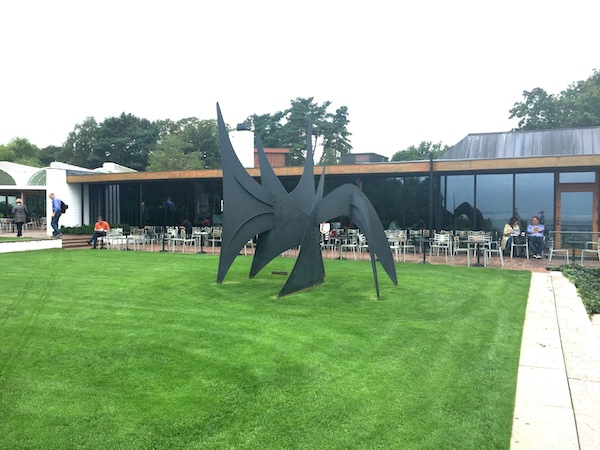 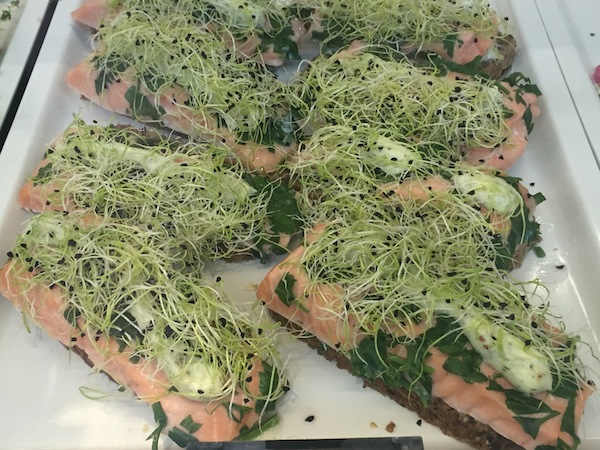 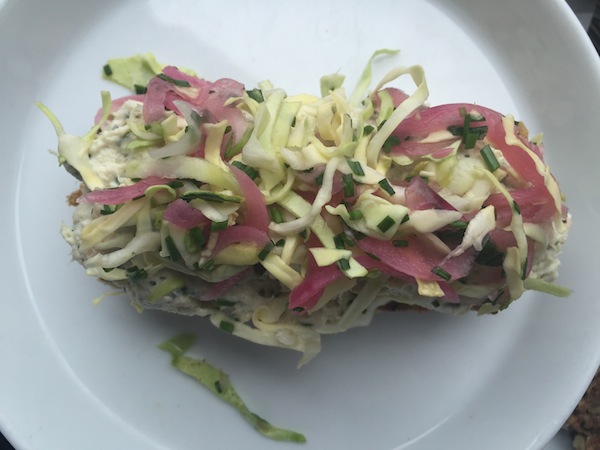 The café is a key part of the experience. Here you can order a range of open faced sandwiches (of course, we are in Denmark after all) and drinks and take them onto the terrace overlooking several beautiful sculptures, including one from Alexander Calder, and then of course the stunning view of the ocean. If you choose the hot chocolate it really isn’t the highlight of the museum. It isn’t even on the normal drinks menu, it is on the kids menu, and is the kind of sweet hot chocolate kids supposedly love. But the food was really great, as we are starting to come to expect in Denmark. 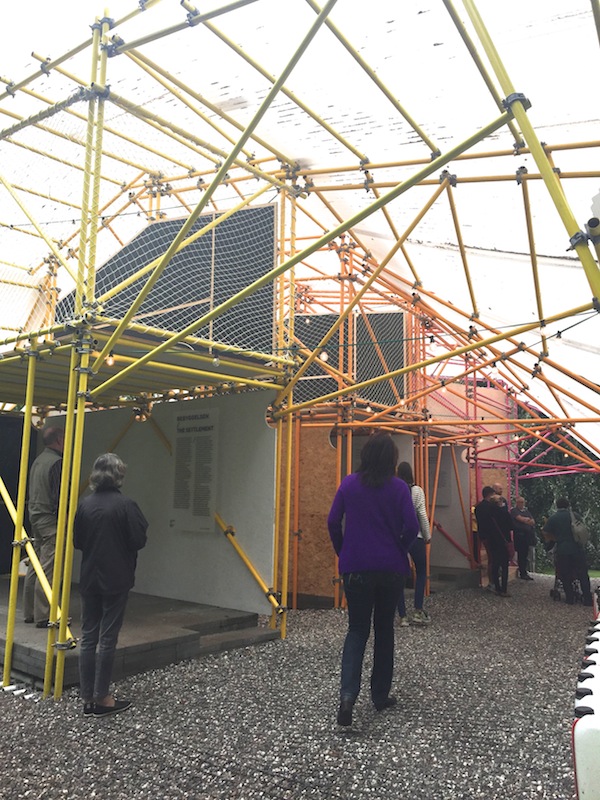 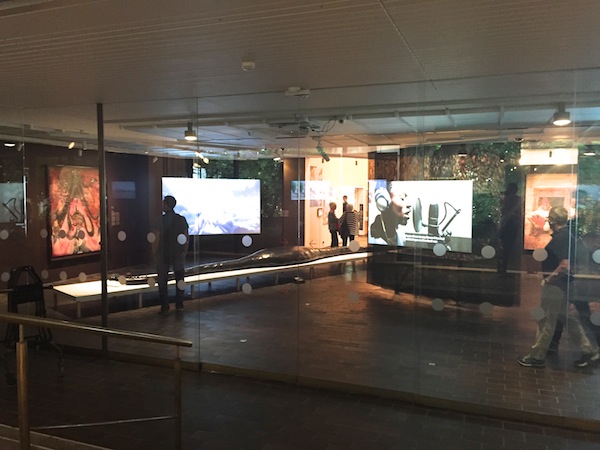 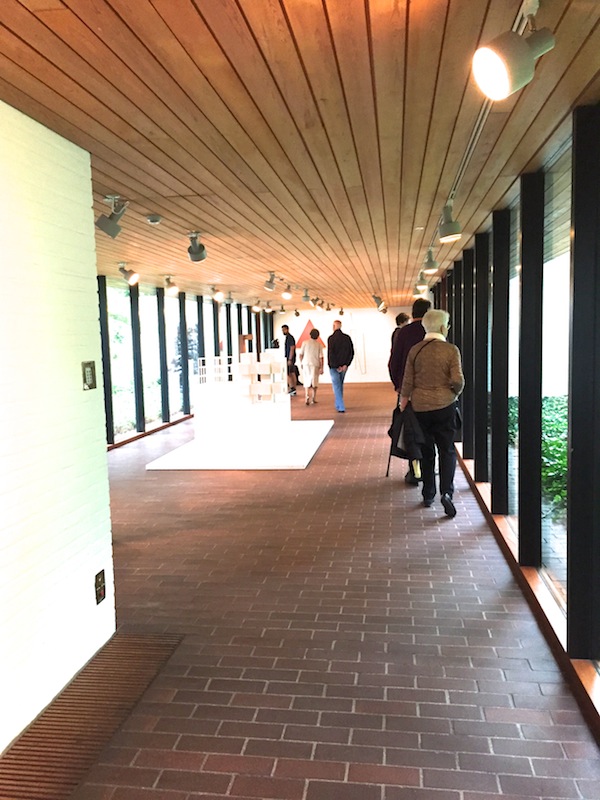 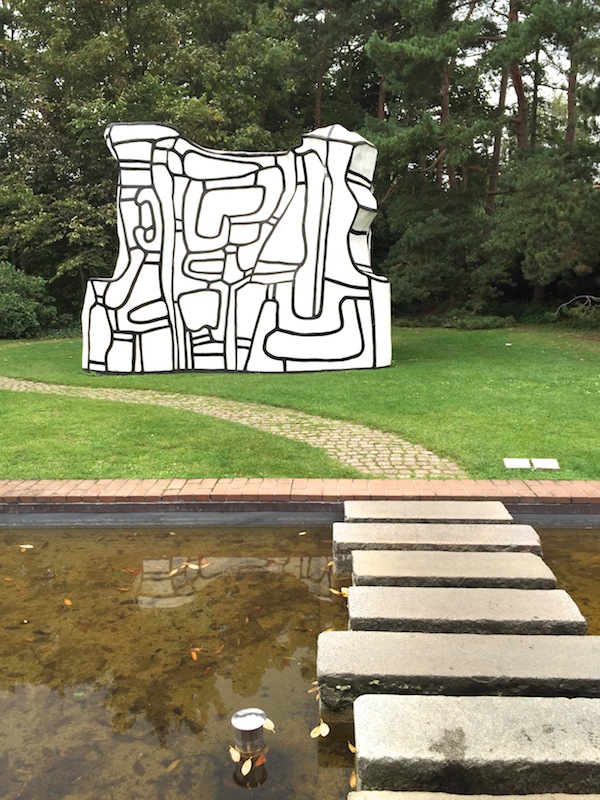 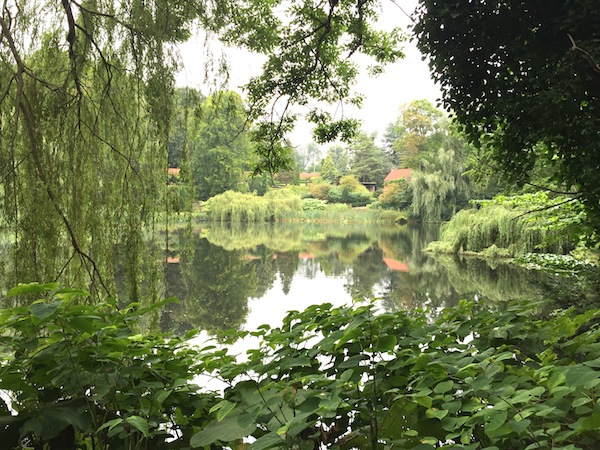 After lunch we continued our exploration of the Museum. Half of it is indoors, in a horseshoe shaped space. Here there are a number of really interesting and engaging exhibits. It is a very accessible museum and I’m sure even those who aren’t usually museum types would love Louisiana. There is enough art to keep you interested, but not so much as to overwhelm. Plus if you decide you have had enough of indoors there is a much larger space outdoors with paths through forests, right down to the sea water, around a lake where you can find peace and quiet and a range of impressive sculptures. Hidden outside near the lake is a giant slide that goes all the way down the hill, leading you to the back door of a special wing of the Museum that is just for children (and the young at heart) to explore their own creativity through paint, clay, collage and other artistic medium.

Other than that there isn’t much happening in Humblebaek. The museum is easily accessible by train from Copenhagen and makes for a great day or even half a day trip. It is open late and often has concerts and other events. Worth the detour. 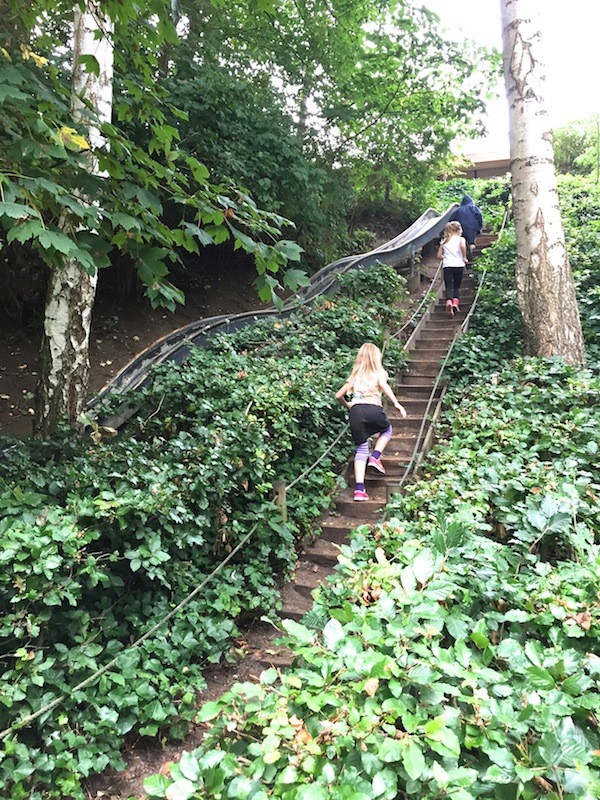 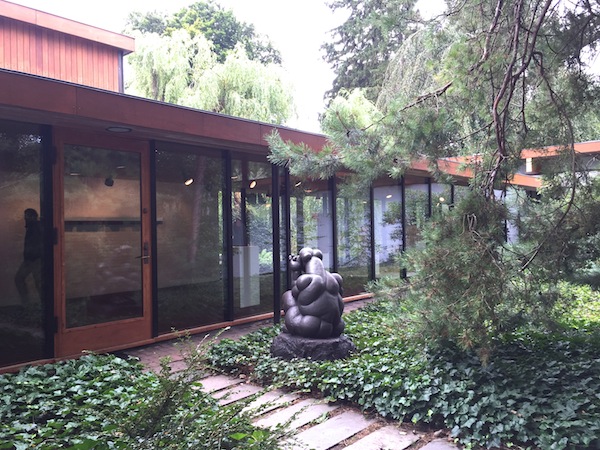 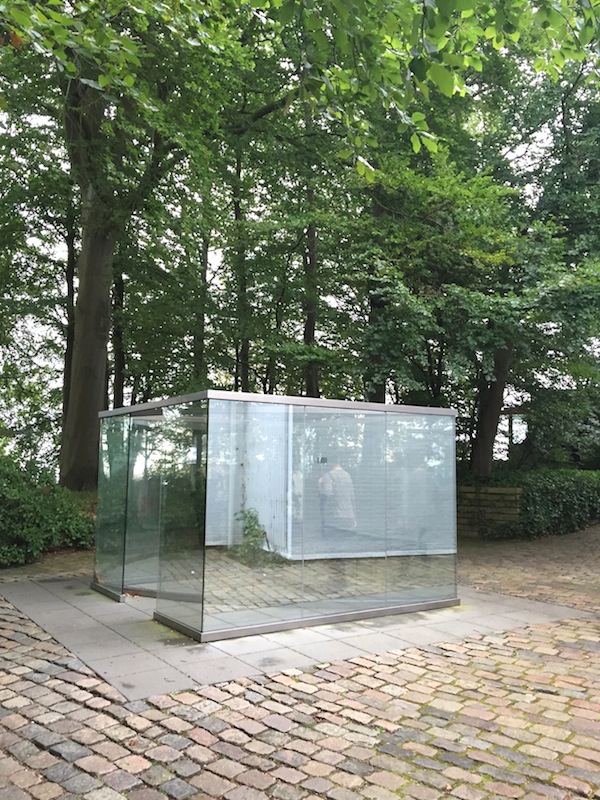 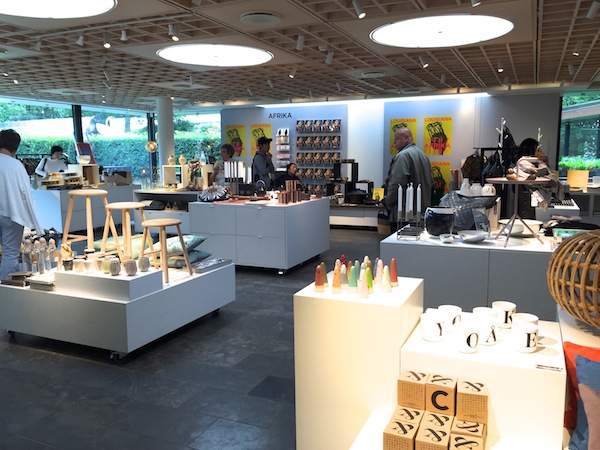 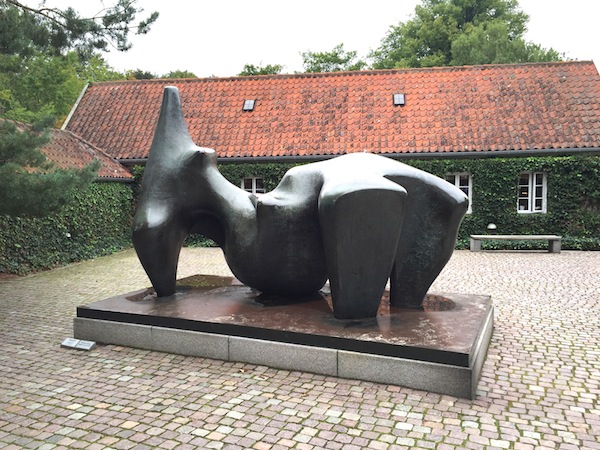