A Walk Around Indre and a Hot Chocolate at Conditori La Glace, Copenhagen, Denmark 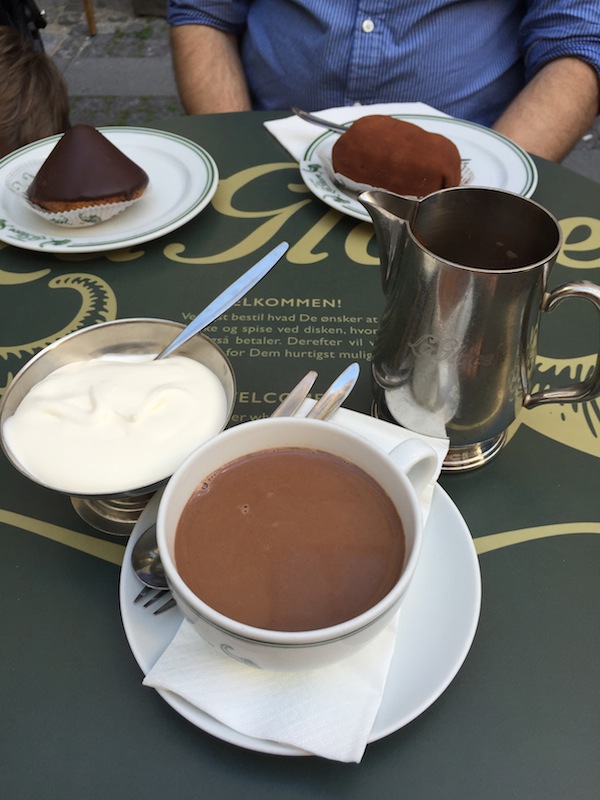 Indre (or in English “Inner City”) is a series of interwoven pedestrian streets connected by little arcades. All the streets are lined with shops, some cheap tourist shops with large troll statues guarding the entrance and red and white Danish flags for sale inside. Most of the smaller streets have a range of interesting and unique shops, galleries, and lots and lots of terraces. The most famous terraces of course are those along colourful Nyhavn with its 17th century townhouses and picture perfect setting.

And her cakes look amazing. I really never realized how obsessed the Danish are with their desserts. You think France when it comes to pastries, but the Danish have the cakes covered and Conditori La Glace has them all. Their most well known cake is called Sportskage, crushed nougat in whipped cream with a macaroon bottom and decorated with caramelized choux pastry. The Danish seem to really like their cream. We have had a lot of cream based desserts here so far. 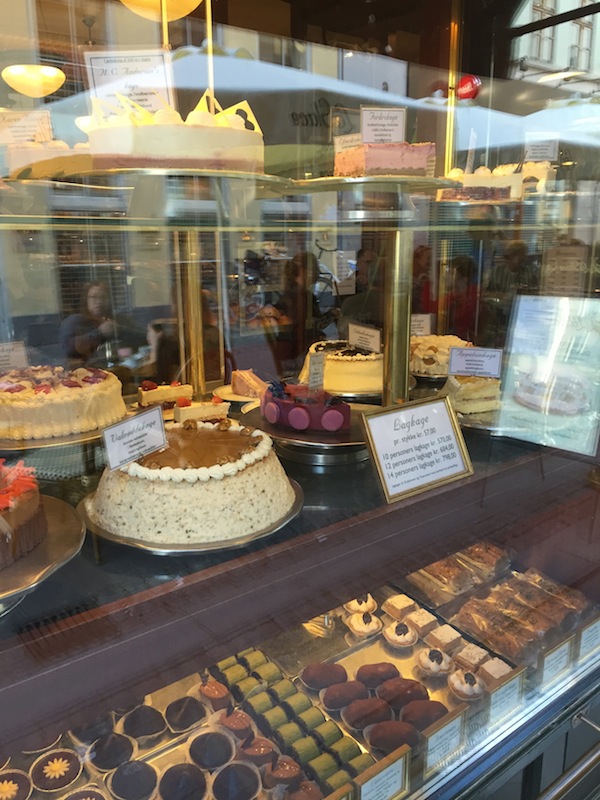 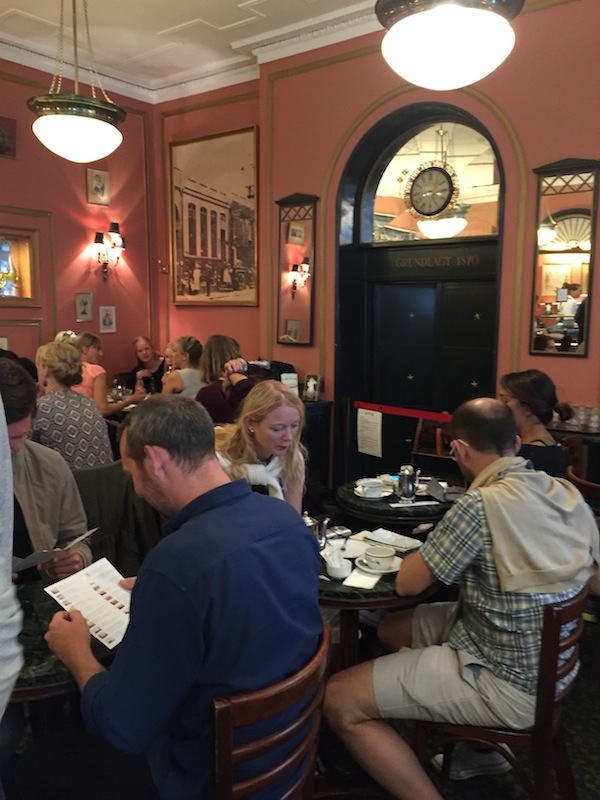 Right in the middle of Indre By, between Nyhavn and Tivoil Gardens (review of that coming too), is the incredible (and incredibly famous) Conditori La Glace. When we visited it was in the process of expanding to a much bigger space but despite the number of people hovering around waiting for a table we managed to get one right away (you have to line up and be seated by a hostess, you can’t just sit down).

Conditori La Glace is the oldest, and arguably the best pastry shop in Denmark, and has been going strong since 1870. It is still located in its original building which is stunning inside. The staff all wear crisp white shirts with green aprons. One of these is a woman named Marianne, introduced simply as “Pastry Woman” she grew up on the floors of La Glace (what a childhood) and inherited La Glace from her mother. She isn’t the only one with a great title. Another woman, Malou, has the title of “First Cake Lady”. 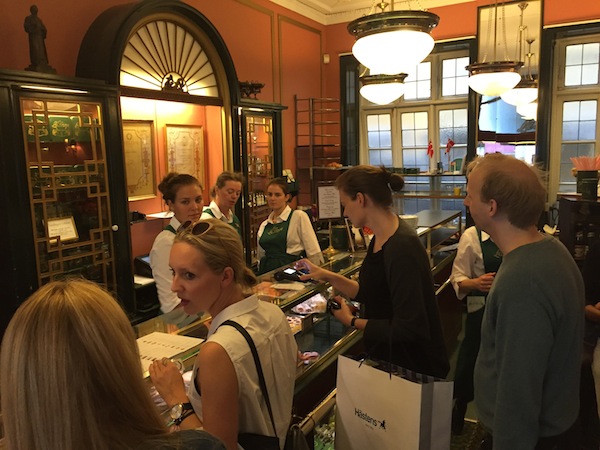 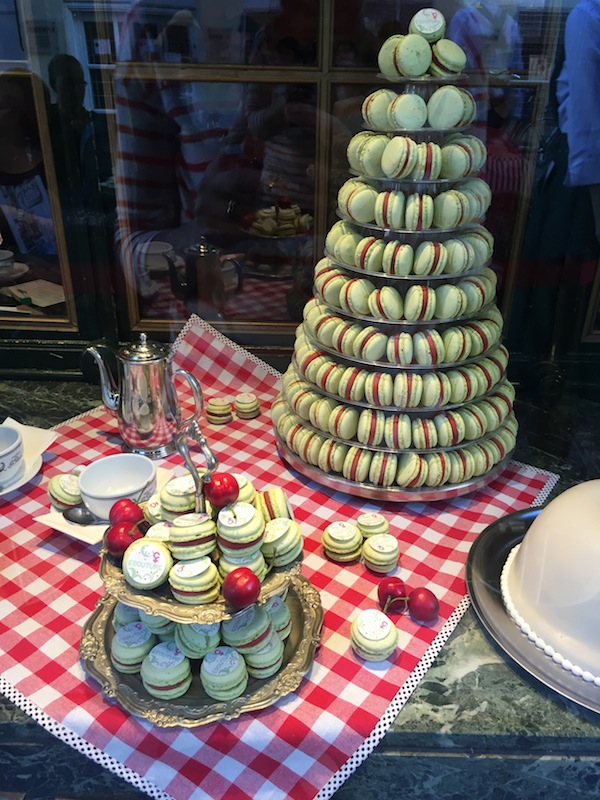 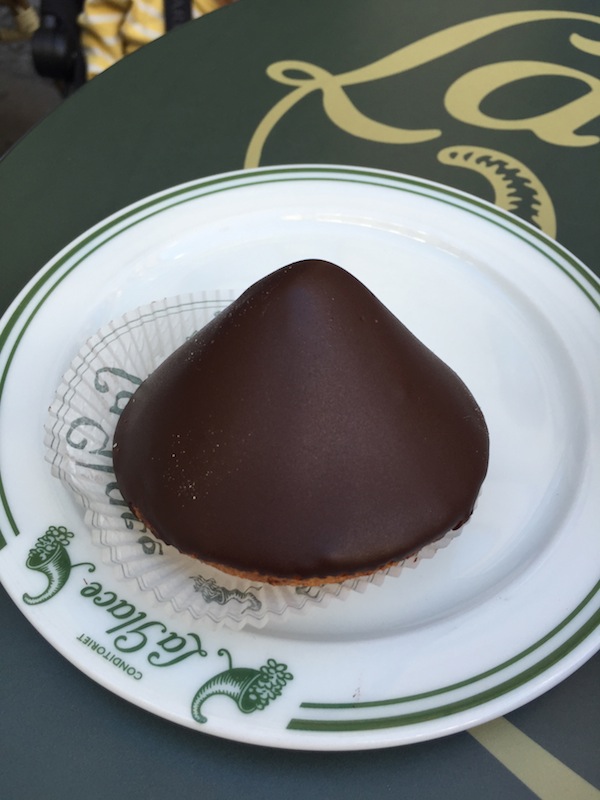 We decided to go with some of their smaller individual pastries and picked the first two on the menu, a Sarah Bernhardt and a Kartoffelkage. The Sarah Bernhardt was a chocolate truffle on a macaroon bottom covered in chocolate. Very rich and decadent. The Kartoffelkage was vanilla cream and a biscuit bottom with cake encased in marzipan and rolled in cocoa. I really enjoyed this one and it went perfectly with my hot chocolate. La Glace is known for their hot chocolate, served in a separate little metal pot and accompanied by a small bowl full of fresh cream. The pot easily fills two glasses. It is made with sweet milk, full cream and dark chocolate chunks and was very nice. I could easily sit at La Glace, outside or inside, and drink myself two full pots of hot chocolate, easily.

If you are looking for an espresso with your cakes you won’t have any luck, as Rich discovered. La Glace was established long before modern beverages like café lattes and espressos so they have chosen to stick with that part of their history and not serve them (they figure that an extra slice of cake will give you the kick of an espresso). 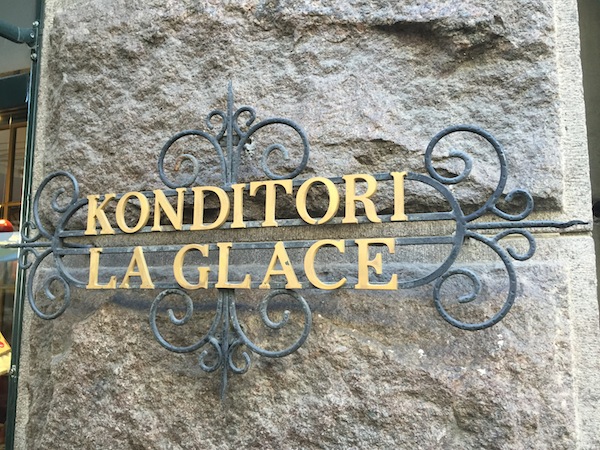 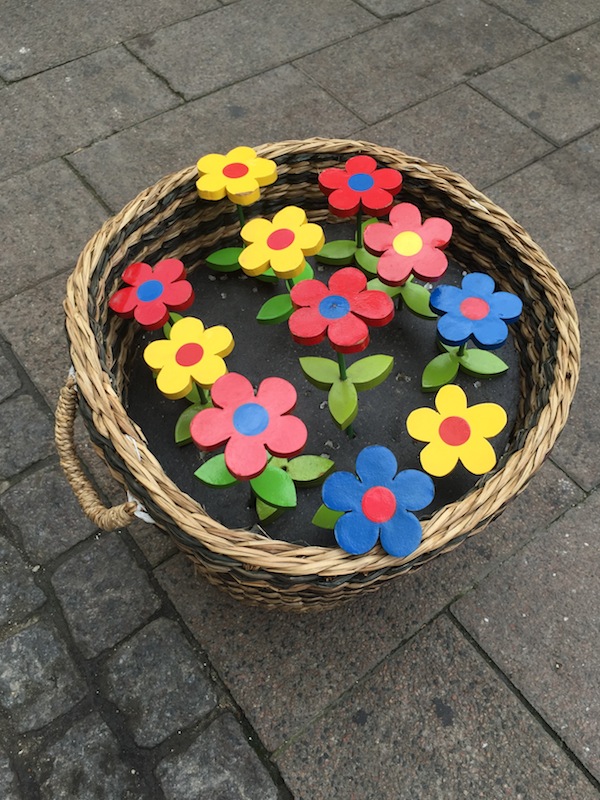 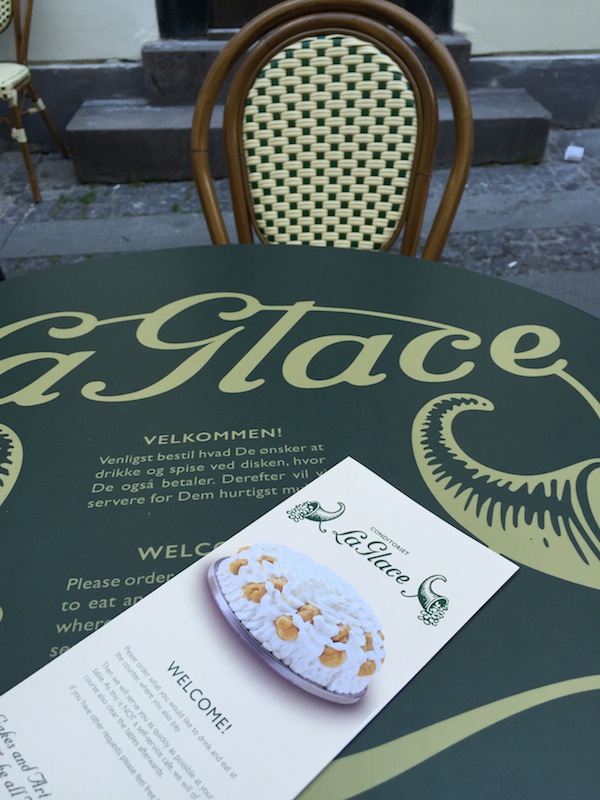 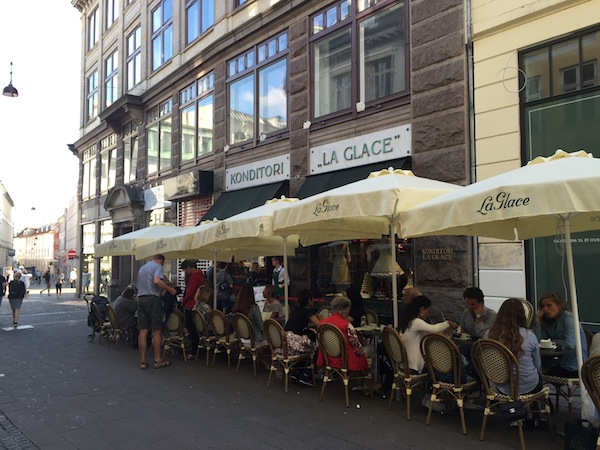 Verdict: Apparently, and I only found this out later, you can get your hot chocolate refilled for free. Heaven on earth. Highly recommended. DKK 75.  Conditori La Glace Skoubogade 3-5, Copenhage, Denmark.