Breakfast, a Hot Chocolate at Godt Brod, and a Walk Around the Fish Market, Bergen, Norway 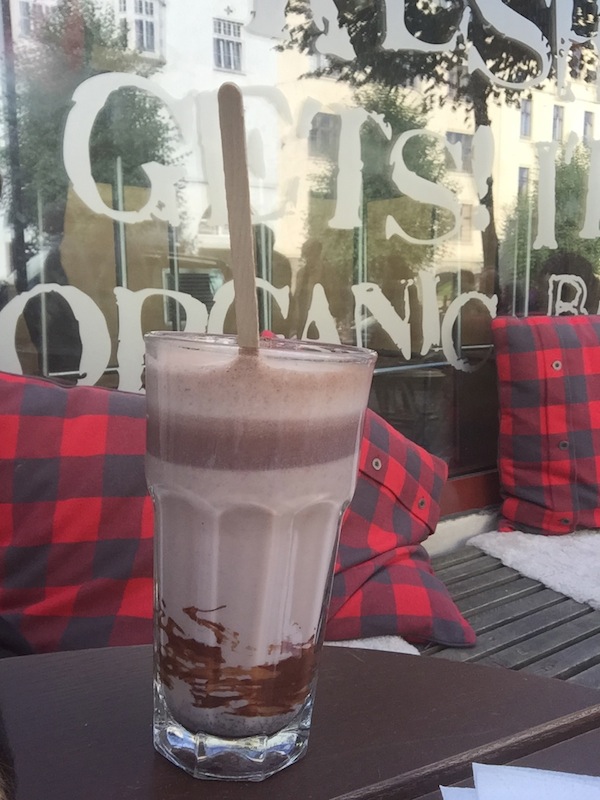 Bergen is not an early rising type of city. A quick search to confirm the opening hours of our list of must visit coffee shops quickly made this evident; nothing opens until 10, even 11 am. But we did find one spot which not only opens early but also serves a good breakfast and was recommended by a few locals as the place to go. Perfect.

There are a few locations of Godt Brod but we choose the one closest to where we were staying, just a few steps away from the entrance to the Funicular. The place was empty when we arrived, so we had the full selection of tables and chairs outside for ourselves. Something else became very apparent to us about Norway. Early morning is the absolute worst time to make your way up the Funicular, especially if a cruise ship in port. When we had gone up the evening before we didn’t have to wait at all. Instead this morning there must have been over 100 people waiting in line, mostly large groups freshly disembarked from the two cruise ships that had arrived at port that morning. They all eyed our food and drinks jealously but of course couldn’t leave their groups. 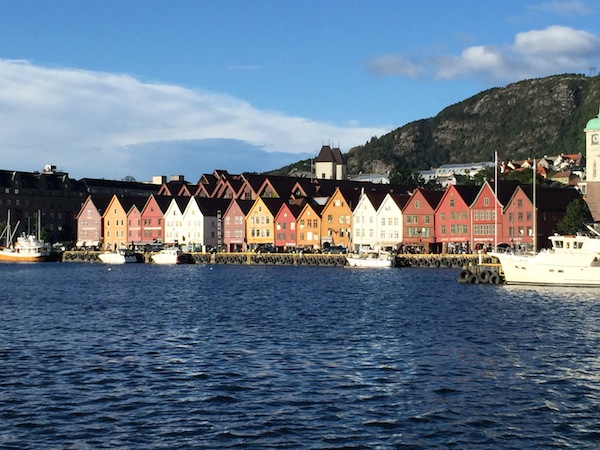 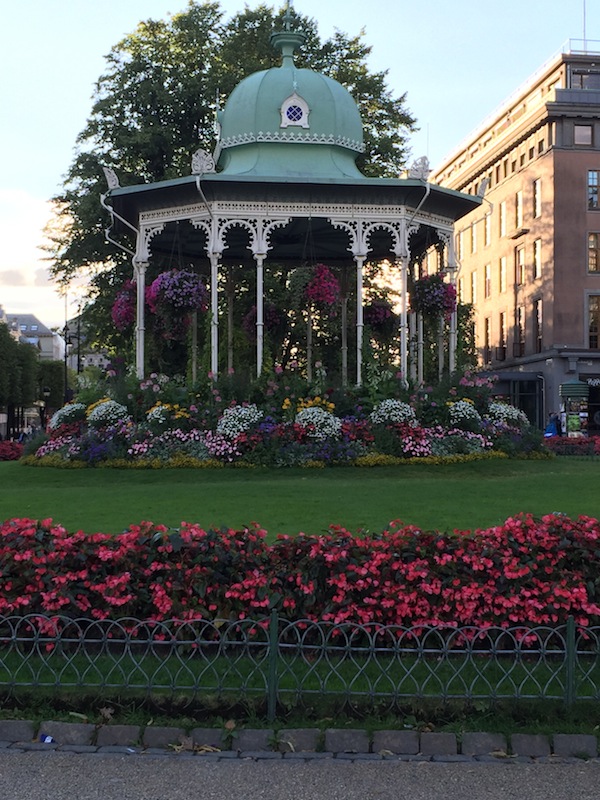 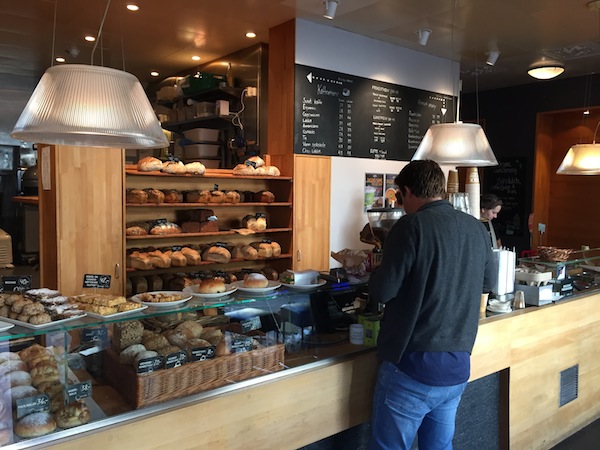 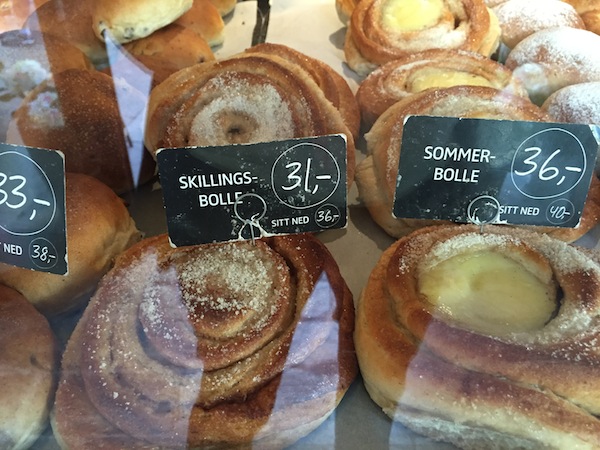 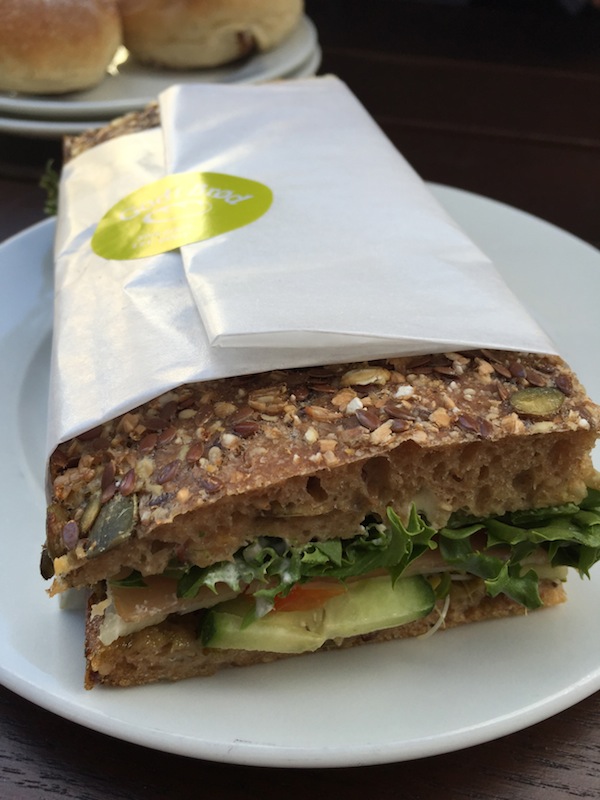 As with almost everywhere in Bergen, we had a great view up the steep hill covered with multicoloured houses. It was another beautiful sunny day, very unusual for Bergen which, in 2004 had the record for the most number of rainy days in a row in a year (98!).

Godt Brod stands for good bread and everything we had there was incredible. They use, and have only ever used, all organic ingredients and baked fresh since they opened. They pride themselves on being knowledgeable bakers and you can even contact their bakers via their website to ask your own baking questions. We had a raisin bun and another bun filled with vanilla custard and blueberries. They have a sandwich bar where you can build you own sandwich, and these are so good. In terms of hot chocolate you have a choice of light or dark but I’d recommend the dark. In Norway they put a lot of milk in their hot chocolate (and seem to all serve them in tall glasses which means you need to drink them quickly and they aren’t very rich). The dark chocolate option was just a bit more chocolaty, as would be expected, and was quite pleasant. 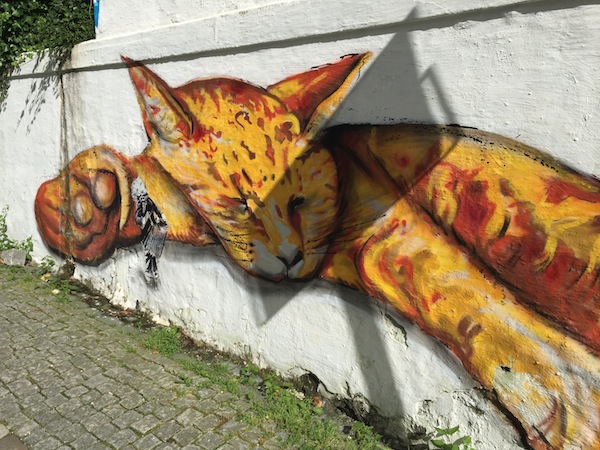 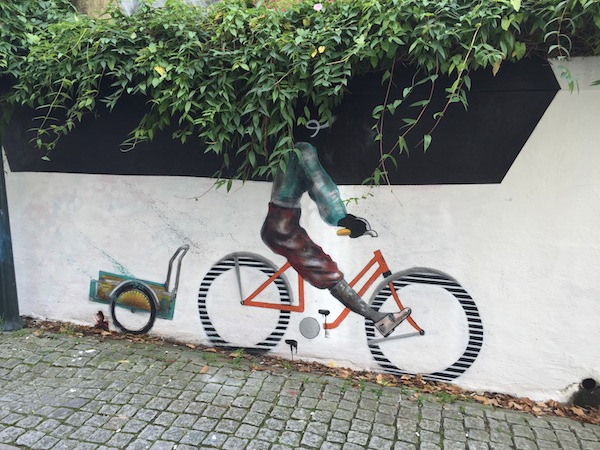 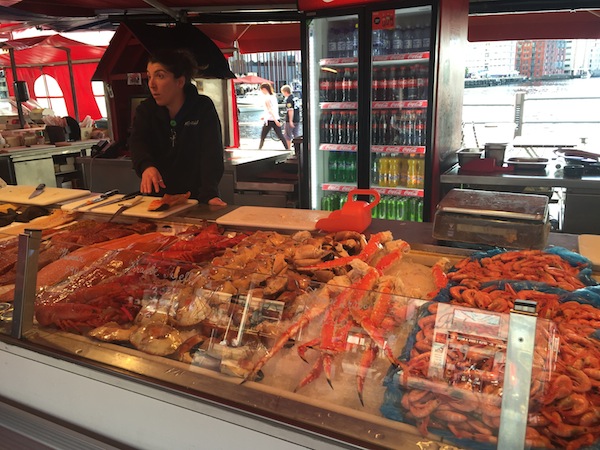 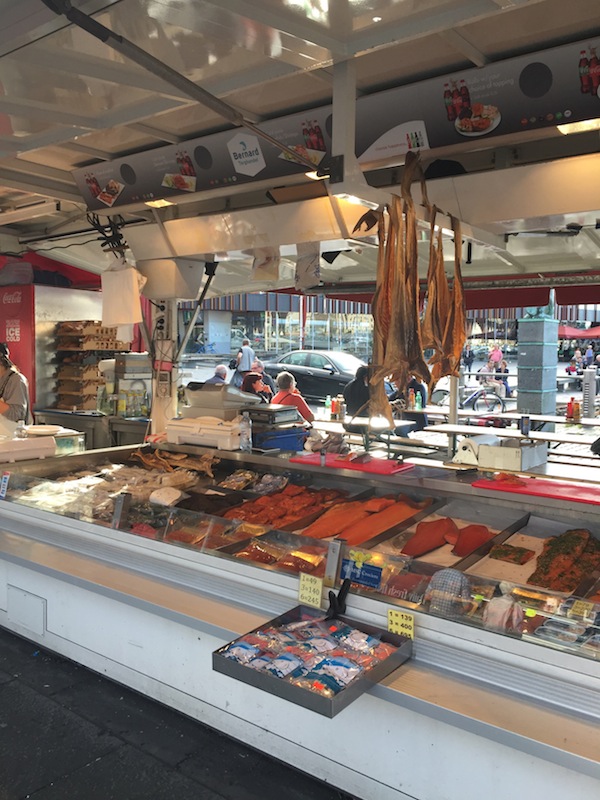 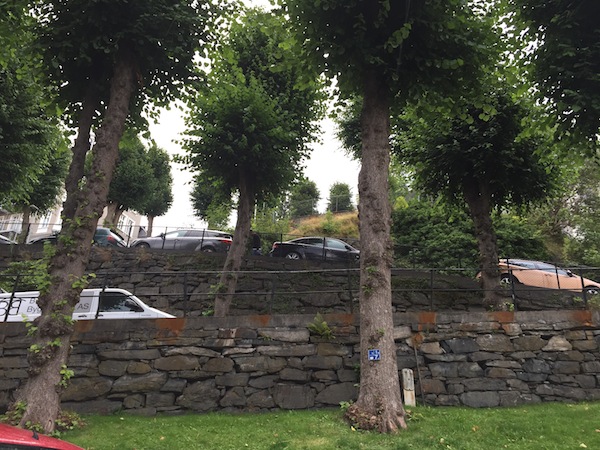 After breakfast you have the day ahead of you to explore the city! Bergen is such an underrated city and beautiful to walk around in and get lost in the lane ways. It is however pretty much impossible to get lost because at some point you will always see the water and then know exactly where you are. From here you are just 100 metres away from Bergen’s Fish Market where you can buy a large selection of fresh fish and get it grilled or fried and served to you right there on the spot, with plenty of tables right next to the water to enjoy it on (expensive but enjoyable). It doesn’t seem to me that this is where the locals buy their fish, too expensive and lots of specialty items that seem to be geared towards the tourist like whale meat and caviar, but it makes for a nice, albeit short, walk through the market. 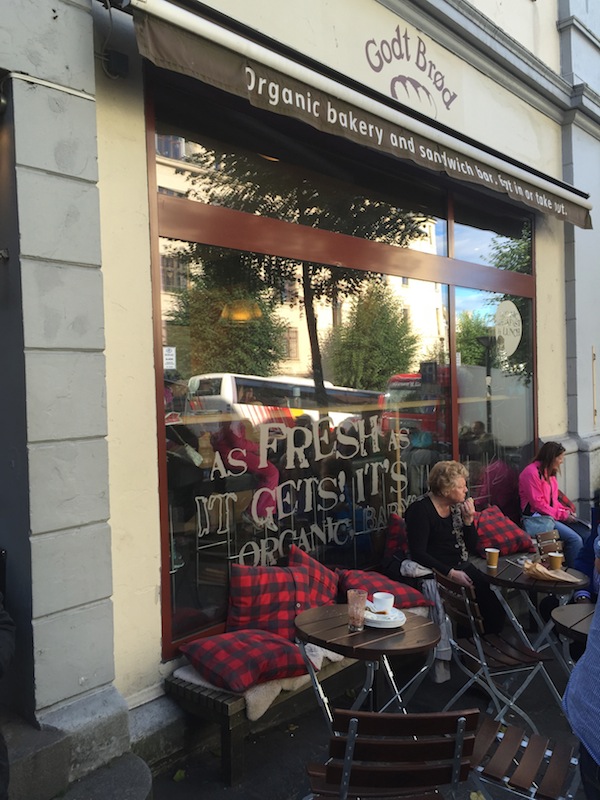 Verdict: We are going back for breakfast and hot chocolate tomorrow. Very good and several locations around the city. Godt Brod, Bergen, Norway