Marzipan and a visit to Historic Maiasmokk Café, Tallinn, Estonia 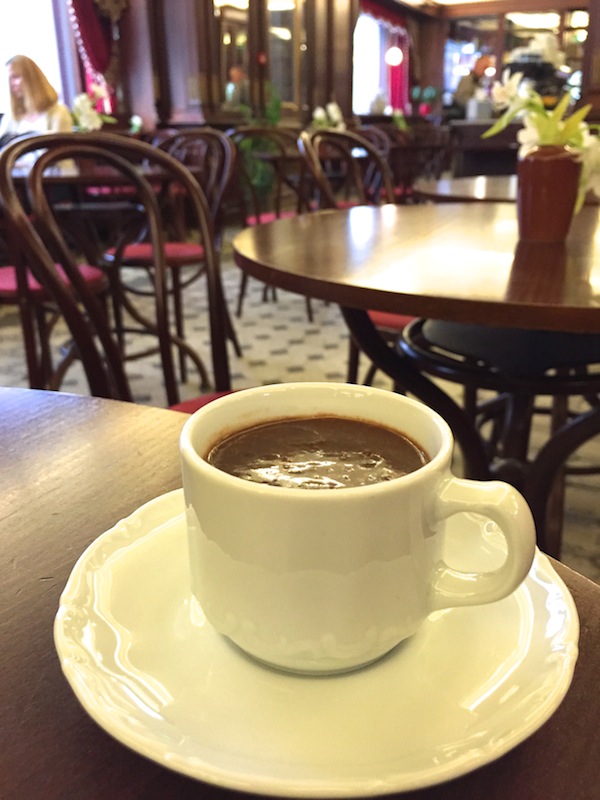 The historic area of Tallinn is quite large. You will not have the time to visit it all if you spend only a day here (all the more reason to plan a few days here). If you are looking for hot chocolates though, they are all in the same area, but the one that most of the locals will probably send you to is historic Maiasmokk Cafe. Maiasmokk is the oldest café in Tallinn. Our guide for Food Estonia told us it had not changed a bit since he started coming here as a child with his grandmother. I’m guessing that back then they didn’t play American elevator music in the background, but other than that the space is grand and gorgeous. It has circular wooden tables, chairs and benches covered with lush royal red fabric and large mirrors covering most of the walls reflecting the intricate gold and glass ceiling There are little details everywhere, in the wood, the tiles on the floor, the large windows framed by thick red curtains and gold accents. These set the scene for a couple of elaborate window displays, one of a pyramid made out of old china and another with a spinning ferris wheel carrying more china cups and silver spoons. 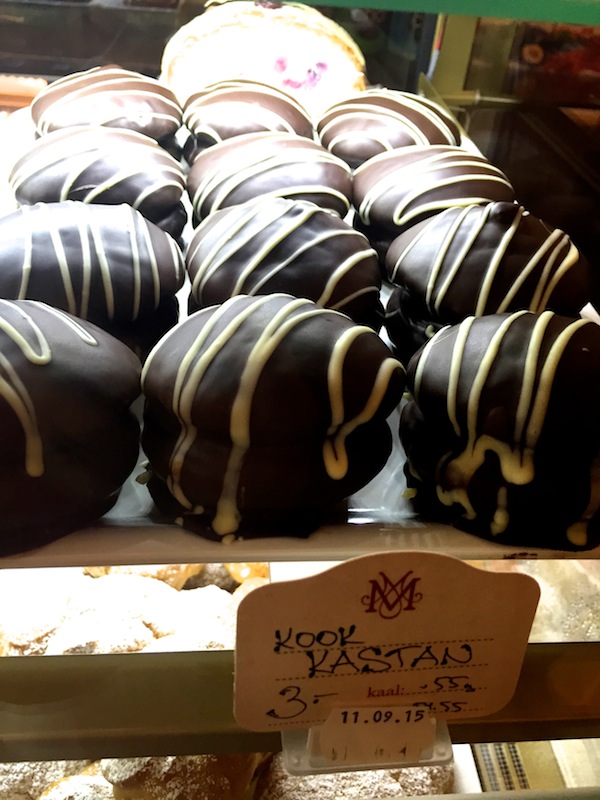 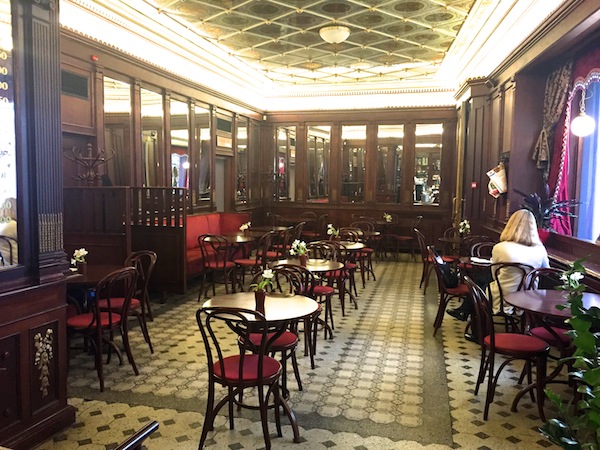 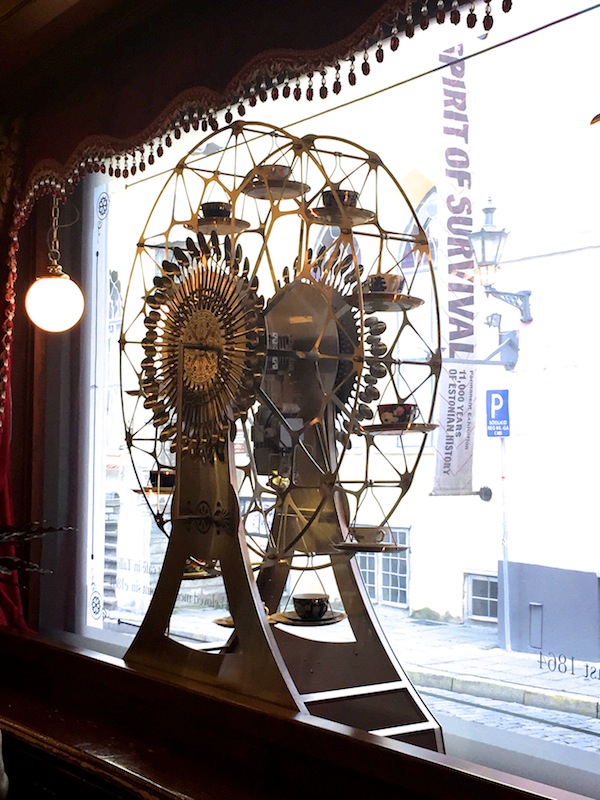 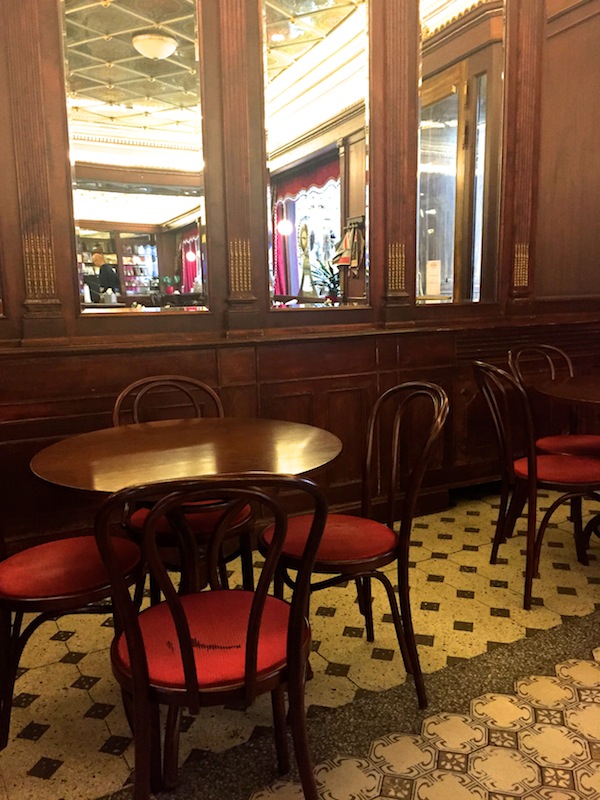 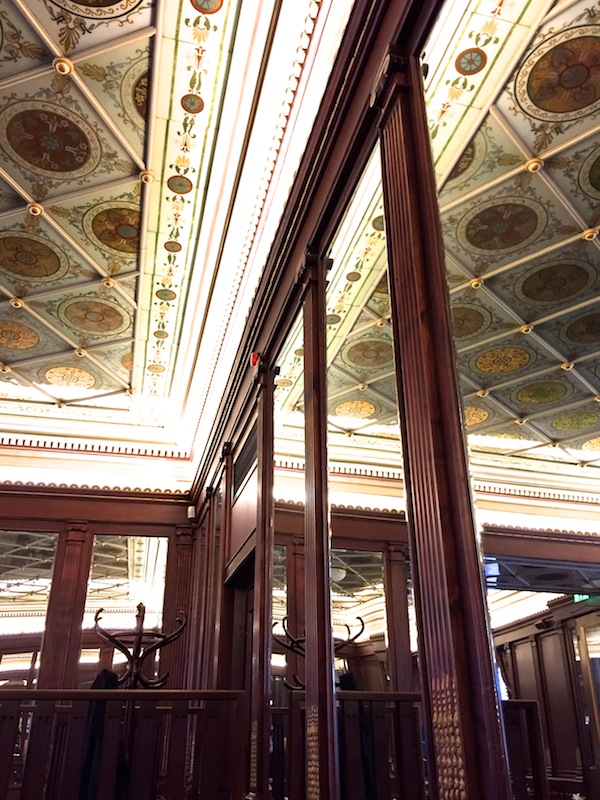 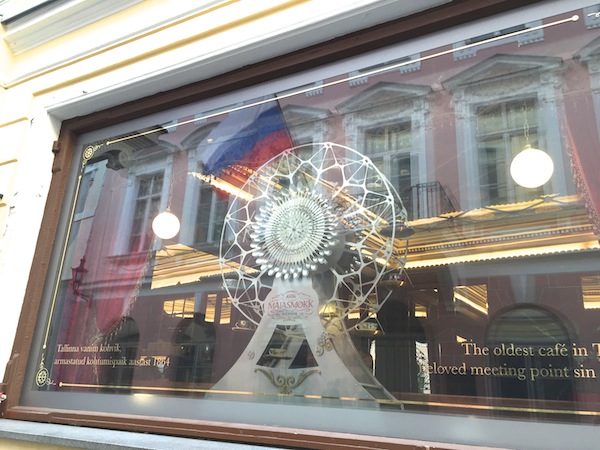 They have two hot chocolates, but you have to ask since neither showed up on the menu. The first is a thicker style hot chocolate served in an expresso cup which fits in perfectly with the decadence of the space. The second, made from the same chocolate mix, is a more traditional milky hot chocolate. Both are enjoyable and a perfect excuse to sit and enjoy this beautiful café. 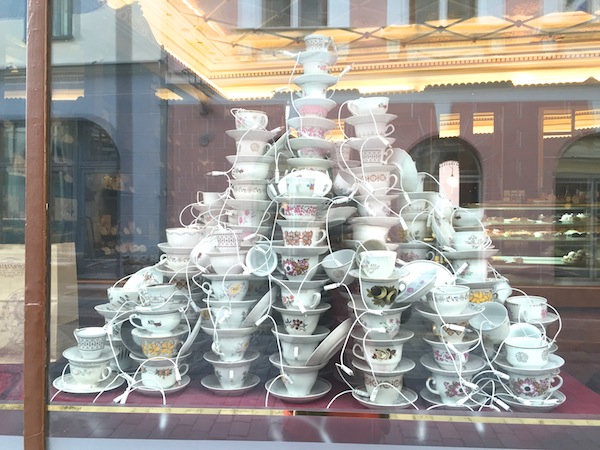 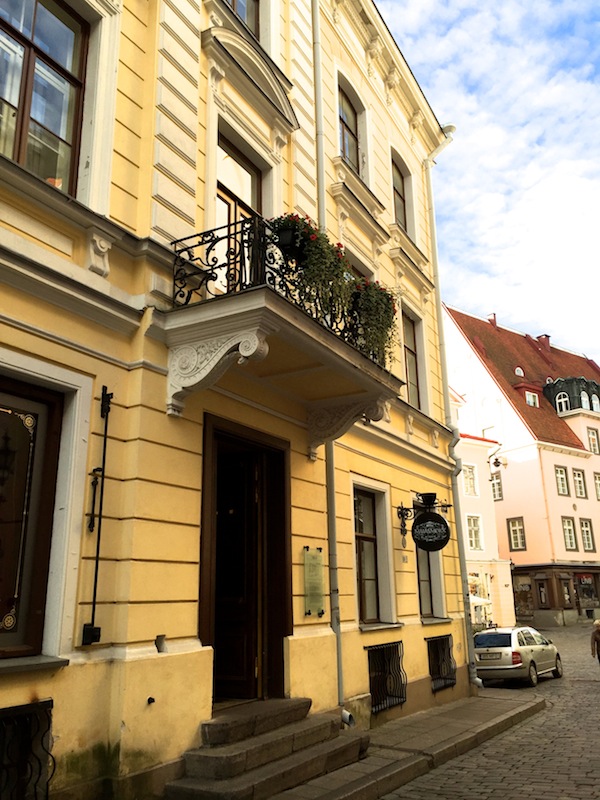 Next door but in the same building is a marzipan café where they create and paint little marzipan figurines. There are little cows, babies, children, everything you can imagine, but in marzipan and all last up to four months. Marizpan, a sweet made from almonds, is originally from Estonia,at least according to the Estonians. Apparently in the middle ages, a rich merchant asked a local pharmacist to make him a medicine to treat an ailment he had. The local pharmacist was also sick that day and asked his young apprentice to whip up a batch of the medicine. The young apprentice took a few extra liberties when creating the medicine requested and added almonds and honey to the recipe to make it taste better. His version of the medicine became very popular and was named after the apprentice, Martipan. Several other countries also claim to have created Marzipan but since we are currently in Estonia, I’ll give the credit to them. 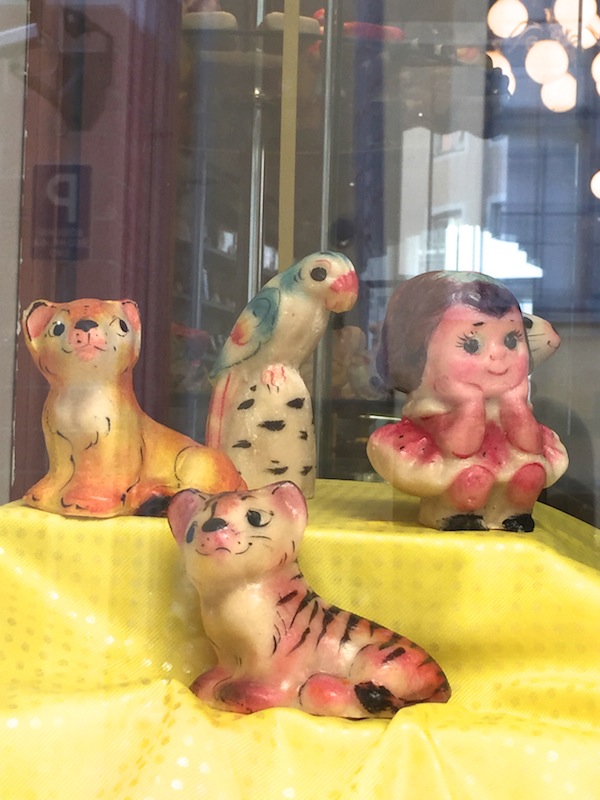 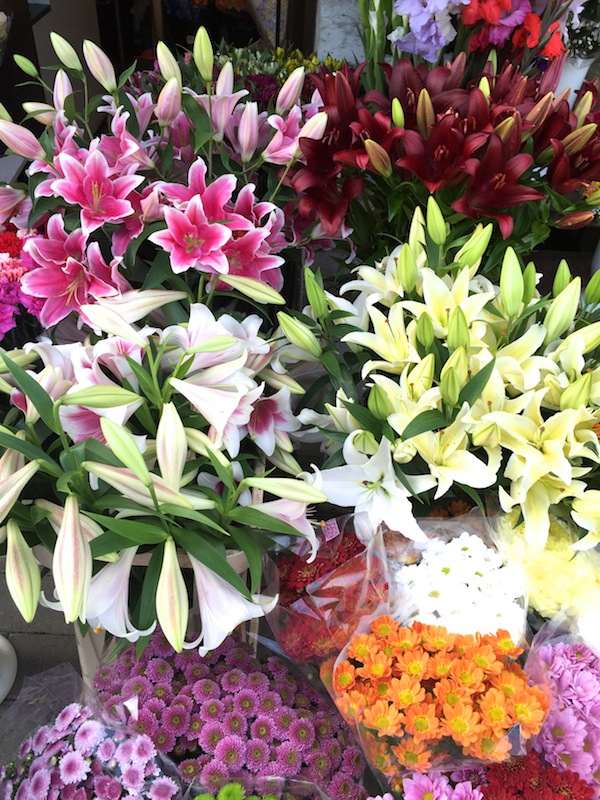 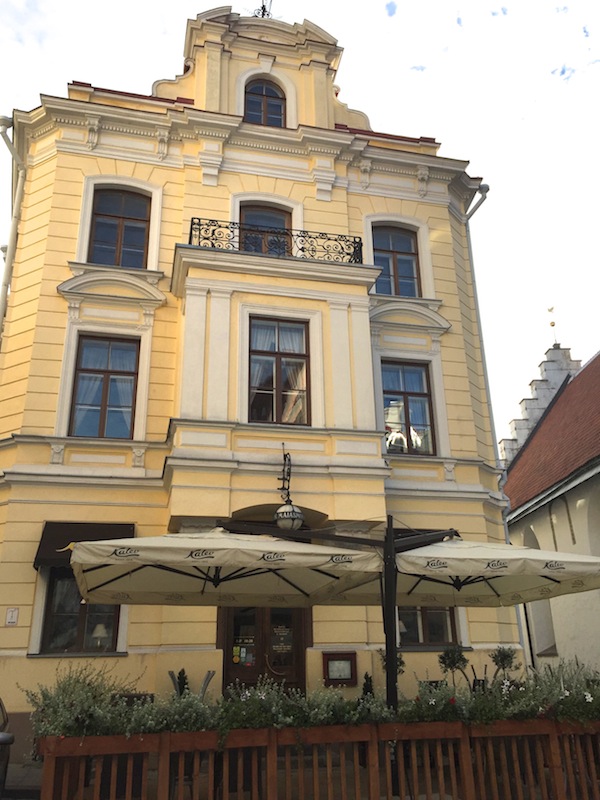 Verdict: Definitely a must visit. They also have a small terrace outside with a beautiful view of old Tallinn city streets. 3.00 euros Maiasmokk Café, Pikk Tanav 16, Tallinn, Estonia