A Day in Trondheim and a Hot Chocolate at Skydsstation, Norway 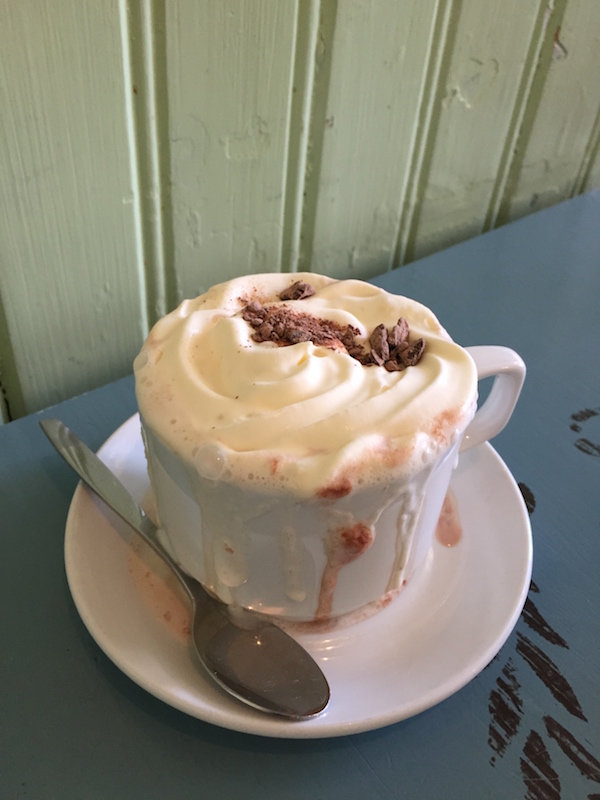 Trondheim, the third largest city in Norway, was founded as a trading post by the Vikings in 997 AD. This makes it the oldest city in the country. I only had the opportunity to spend one full day here but I loved it. As I find whenever I travel to Norway, I feel I would be happy living here…if it were warm and sunny like it was today everyday.

When I asked around to figure out which hot chocolate I should try in Trondheim I was directed to visit cheerful and friendly Gurli, the owner of Baklandet Skydsstation near Gamle Bybro.

To get there, I did a loop of town, starting at the Scandic Nidelven hotel which has one of the best breakfast buffets I have ever had anywhere. I would pay to go back just to enjoy the buffet (apparently they also have a great hot chocolate but I didn’t find this very important point out until I checked out!).

From there I walked along the river on Kiopmannsgata. About half way along there is a lookout where you can see the river Nidelv which is lined with old colourful wharves and storehouses that largely look the same today as they did in the 1700s when they were built

Further along is the stunning Nidaros Cathedral and nearby Archbishops palace. You are likely to spend quite a bit of time walking around this area. This part of town is also filled with shops. I also liked the area around Kongsns gate, Prrinsens gate and Sandgata which was very quaint with beautiful little houses. 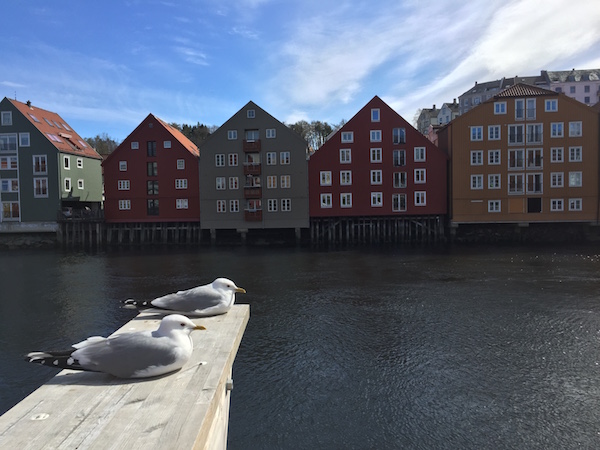 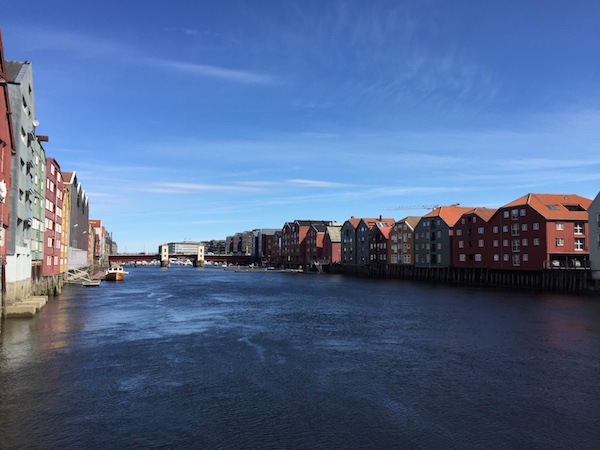 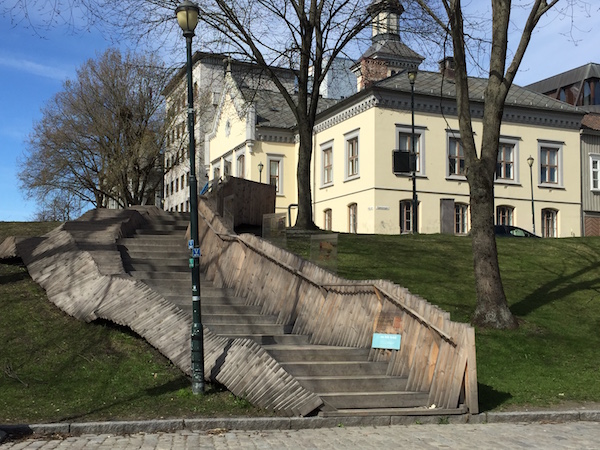 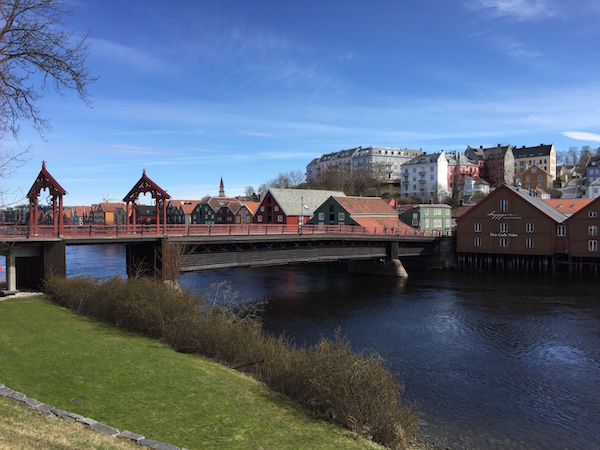 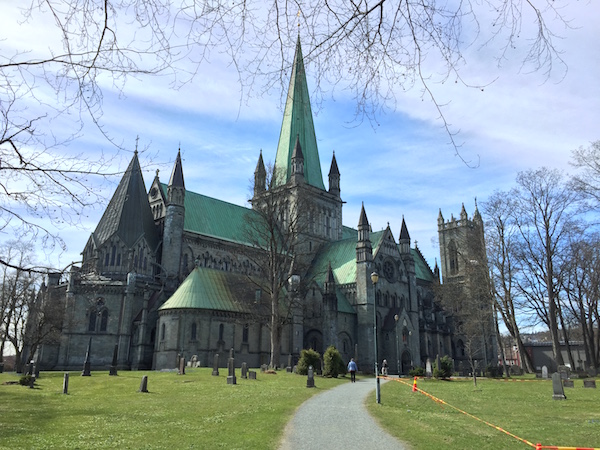 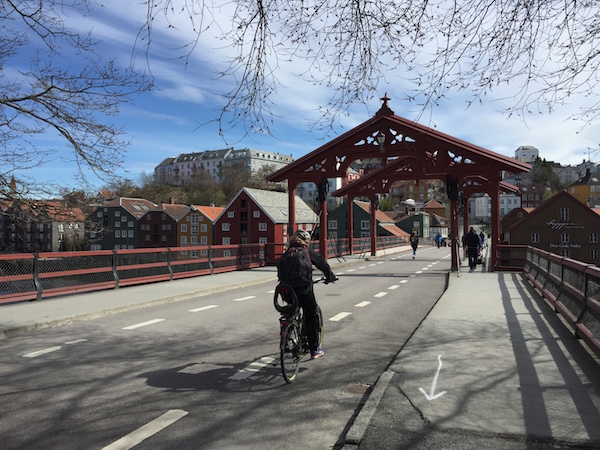 Cross the river at the famous Gamle Bybro, the old town bridge, and turn right for your lunch/hot chocolate stop at Baklandet Skydsstation. I was told that Gurli had the best hot cocoa in town, served in a special pot. Unfortunately I didn’t get the hot chocolate that everyone else seems to get! It hit the spot and was quite enjoyable but there was no pot in sight. I suspect my Norwegian failed me. But Gurli is really great at recommending items from the menu, especially if you are very obviously not from around there. The café was filled with a 50/50 mix of locals and tourists, each ordering the same dishes (a good sign). Fish soup was my choice of the day but if I had not just eaten somewhere else I would have also ordered the spread that my neighbours were devouring; a traditional Danish herring plate, the bacalao served with a tomato based sauce and the carrot cake for dessert. Oh and apparently the thing to do is to finish off with a shot of aquavit because, well, why not.

Right next door to the café is the world’s only bike lift, the Trampe Bicycle Lift, built in 1993 and still operating today. This lift goes up a steep hill at Brubakken near Gamle Bybro and it goes from the bridge almost all the way up to the Kristiansten Fort. If you visit the Tourism Office they can help you take a test run by renting a bike and a ride card.

After take Nedre Baklandet back through Byvandring, narrow medieval streets that snake their way along the river to the more modern wharves that today house a range of restaurants and bars to finish off your day.

Depending on the time you have there are many other highlights. If it is too cold and rainy to stay outside the Museum of Decorative Arts or the Ringve Museum, Norway’s national museum of music and musical instruments. I only scratched the surface. 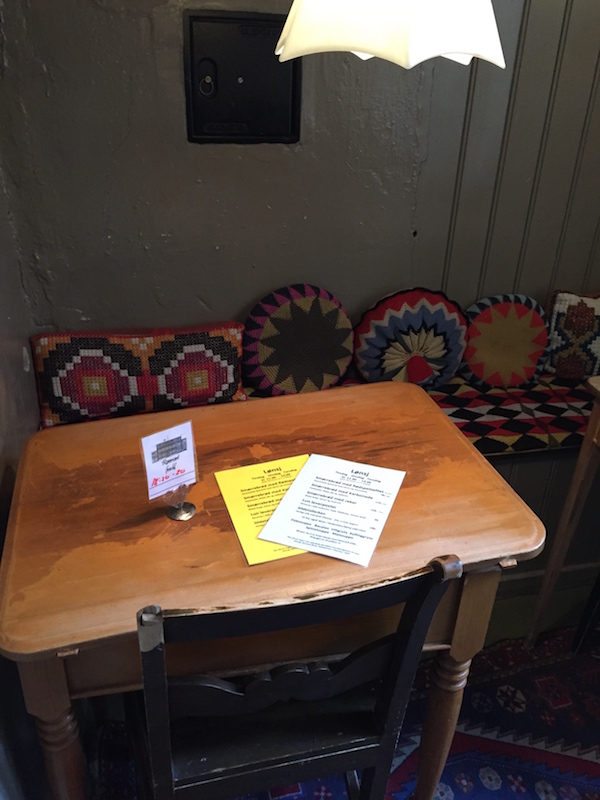 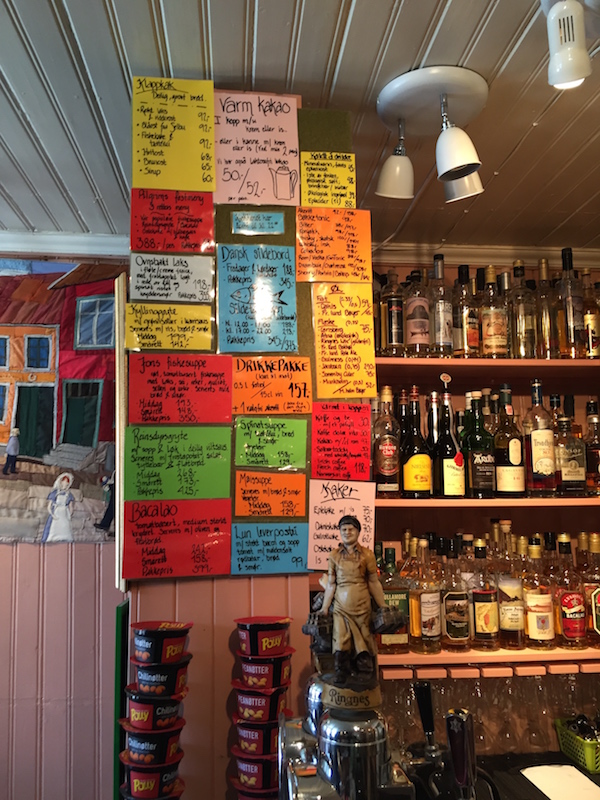 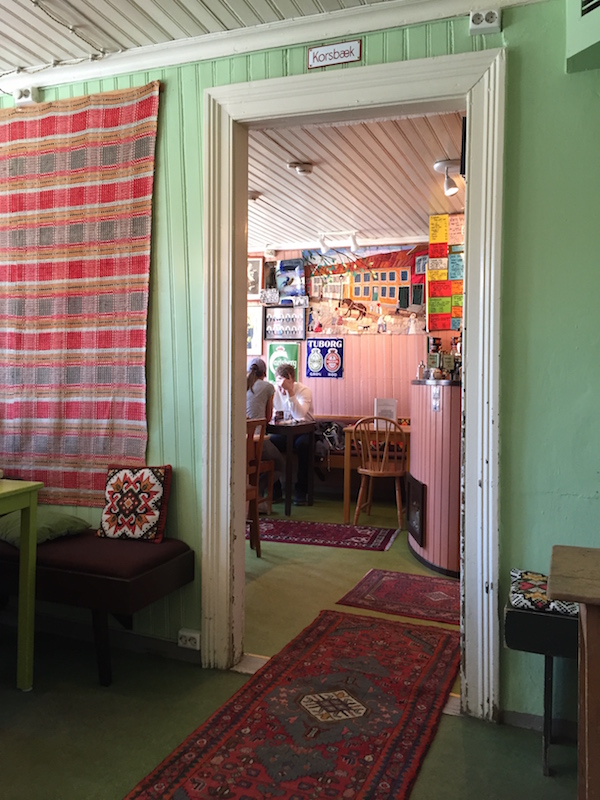 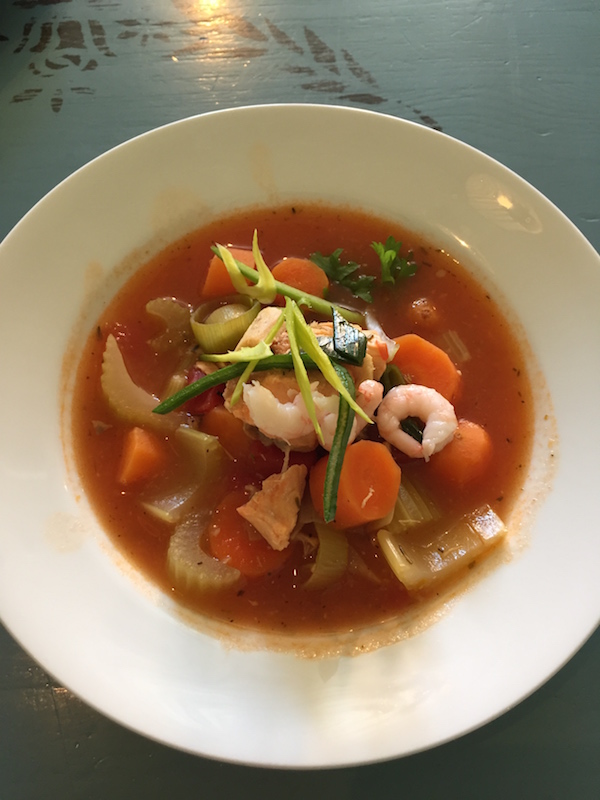 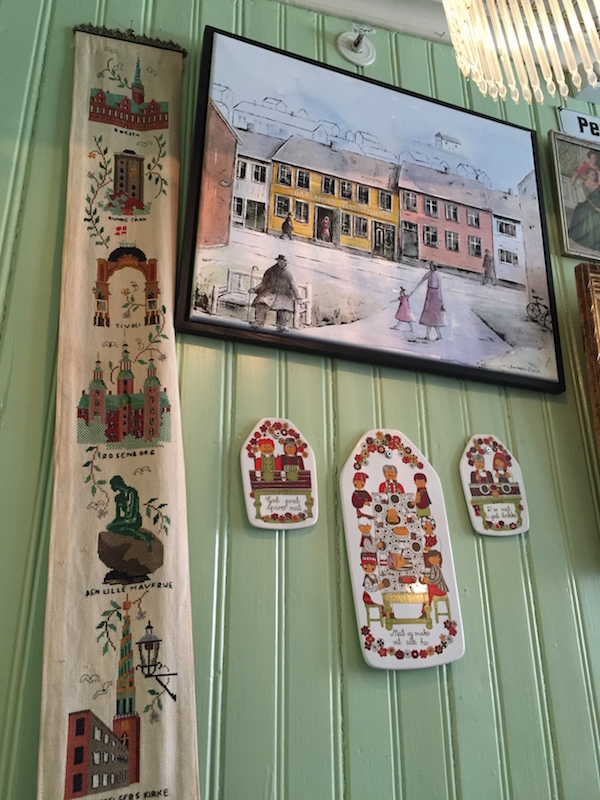 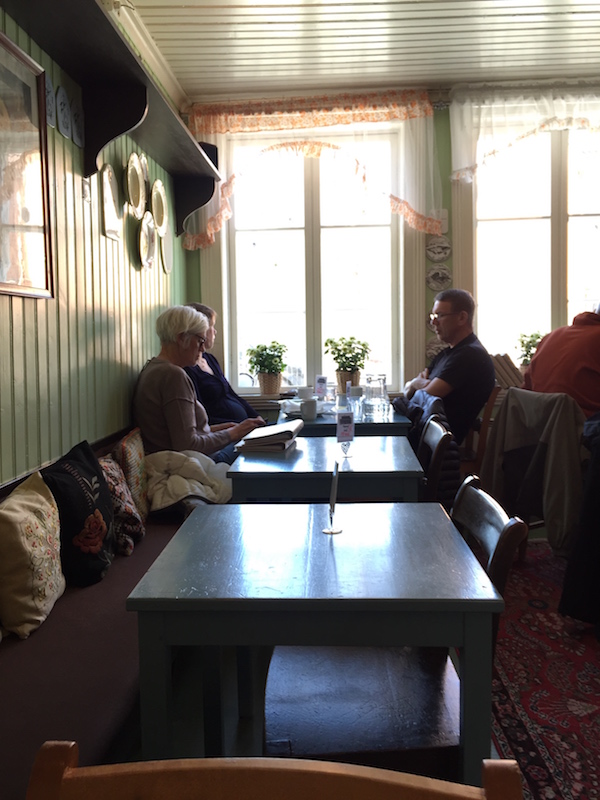 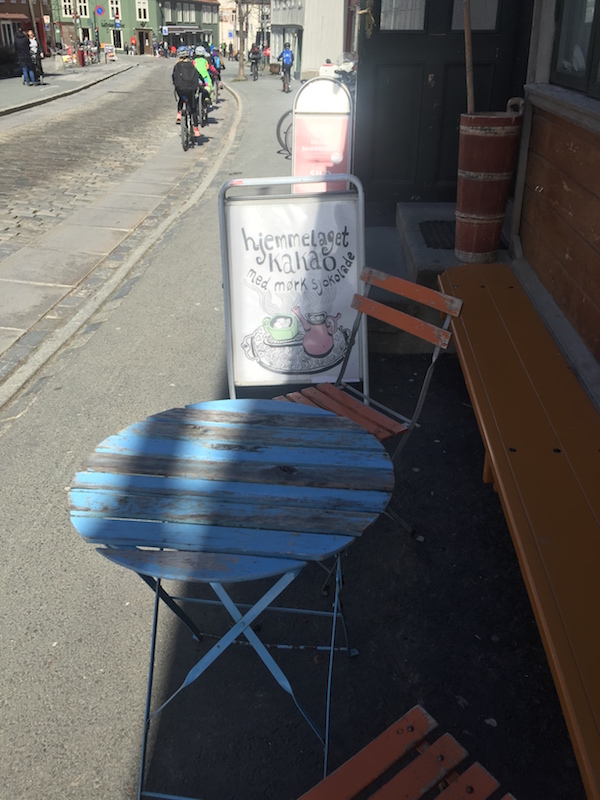 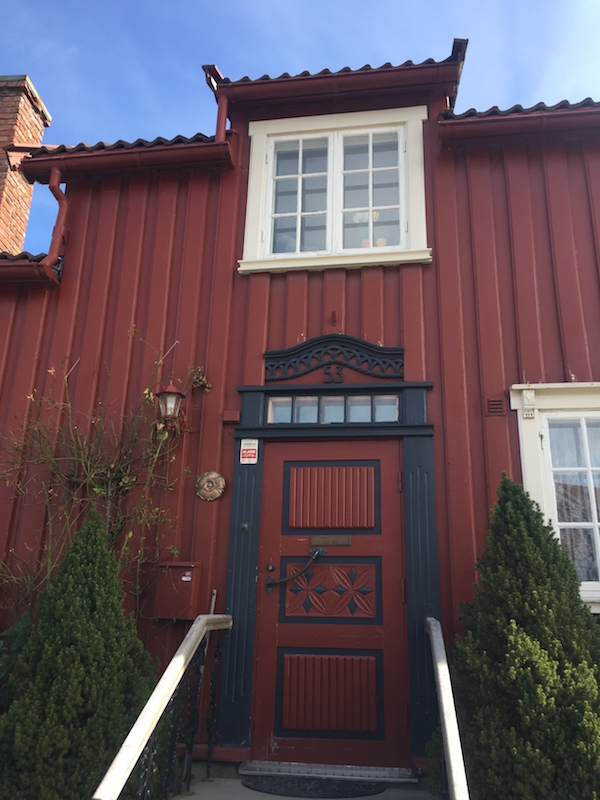 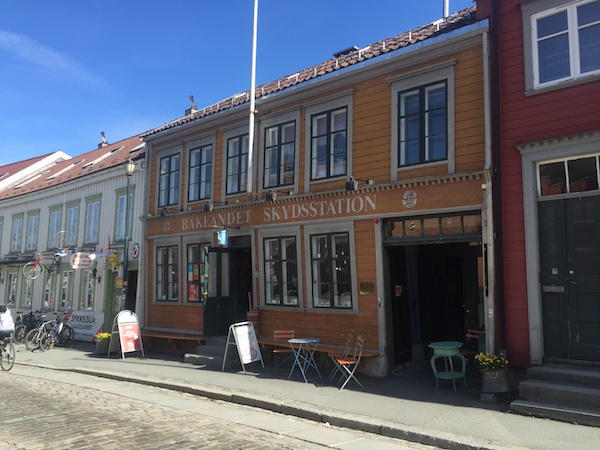 Verdict: Great little spot to rest your feet. You really can’t get any friendlier than this. Baklandet Skydsstation, 33 Ovre Bakklandet, Trondheim, Norway