A Charlie and the Chocolate Factory Inspired Hot Chocolate at One Aldwych, London, United Kingdom 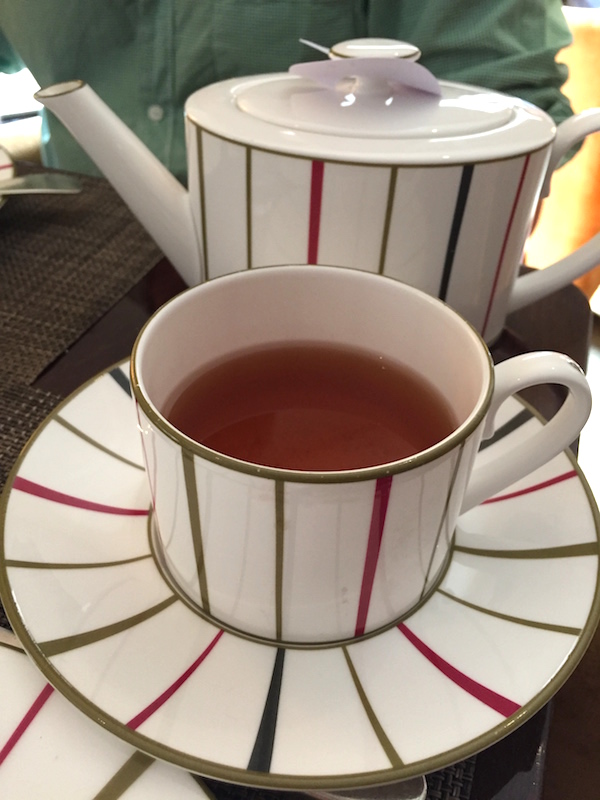 One Aldwych is a luxury hotel in the heart of the Theatre District of London. The building itself was originally built in 1907 to host the Morning Post newspaper. Over the years it has also housed the Ministry of Defense, the Ministry of Works, Lloyds Bank and a popular London Brasserie known as the Aldwych Brassieri. In 1998 it opened its doors to one of the few independent hotels in London.

The space is really something special. Service is impeccable and the rooms are modern yet cozy with great views of the city. The hotel has a collection of over 400 pieces of art around the building, many conversation starters. As if the hotel needed any more wow factor, there are also stunning floral arrangements on display throughout the hotel created by the talented Mark Siredzuk. 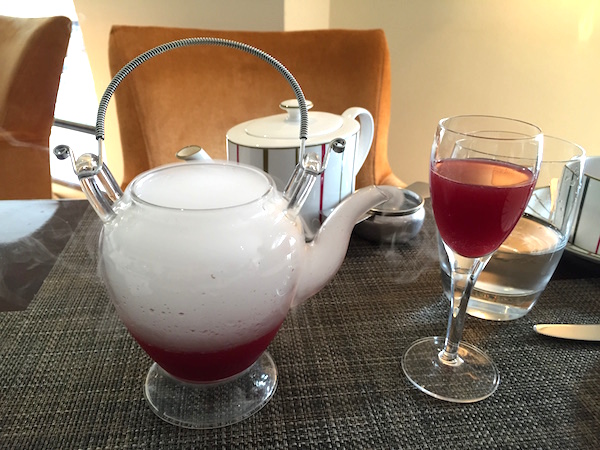 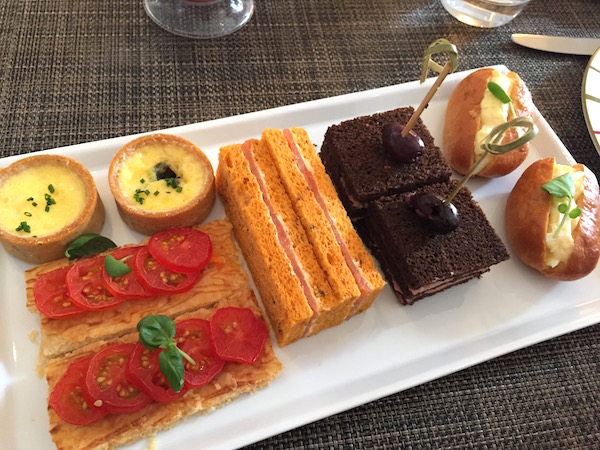 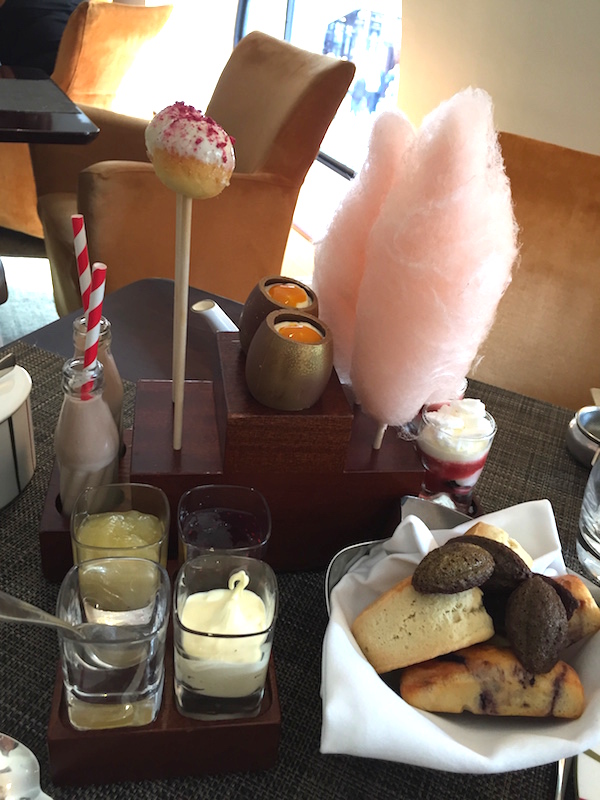 Just across the street from One Aldwych is the beginning of the Theatre District including the Theatre Royal Drury Lane which is showing Roald Dahl’s tale of Charlie and the Chocolate Factory. In honour of this, One Adlwych created their Charlie inspired afternoon tea, which we just had to try. The menus, illustrated by Mark Thompson, show the costume designs from the musical across the road. Everyone else sitting around us was here to celebrate something; an anniversary, a birthday which gave the room a special glow.

The cocktail they start you off with is serious stuff. It will get you tipsy, which is the point I assume. It is Dalmore whisky mixed with Luxardo Cherry Sangue Morlacco, chocolate bitters, grapefuit juice and cherry syrup, topped with champagne. This is served with dry ice giving it a magical mist. This was followed by a cup of chocolate tea, a blend of Indian Assam, Chinese Yunnan black, Peruvian cocoa nibs and Madagascan vanilla pop. We were also served a mini glass bottle filled with chocolate caramel milk and a red and white stripped straw. So I figure, the combination of these three things makes for a very interesting hot chocolate! 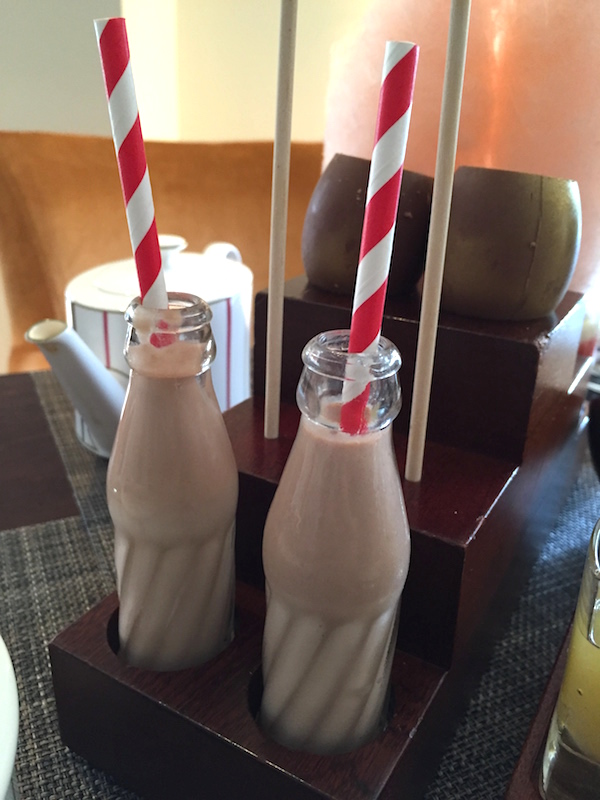 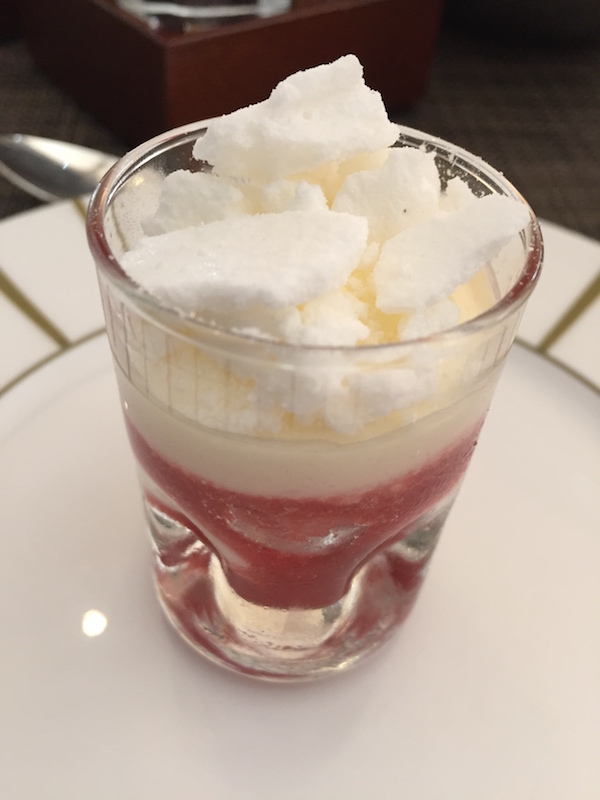 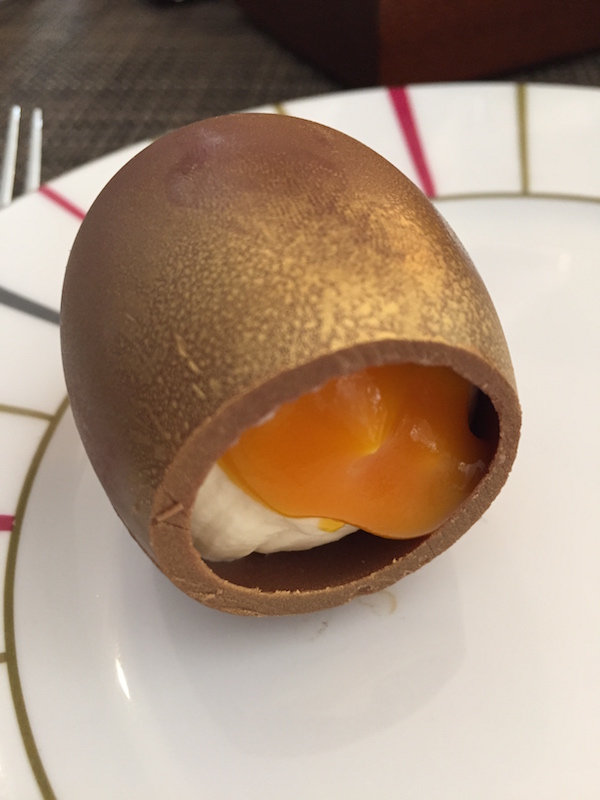 And that was just the beginning. The food was great fun. It started with a range of tiny sandwiches and tarts with smoked salmon, roast beef, stilton and all the English classics. When I think afternoon tea I think grand buffets filled with a steady supply of these mini delights. This wasn’t quite that and we were left craving more. Next the sweets arrived. There was a gold chocolate egg filled with vanilla cheesecake and mango, a mini eton mess, and some homemade candy floss. The lemon and raspberry cake pops are fun as are the blueberry brioches. I loved the cocoa bean financier and could have easily had a second one. Finally, as is required for a good afternoon tea, there were mini scones served with berry jam, apple and meadowsweet compote and Devonshire clotted cream.

We spent most of the afternoon discussing what kind of hot chocolate Willy Wonka would have had in his office every morning when he started work. We came up with something wonderful exciting butI have no idea how it could be reproduced. I’m going to try and I’ll share all the details with you soon!

We sat in the dining area but we had the option to take our tea downstairs in the hotel lobby/bar. I wish we had done that. To be honest, the dining area decor was a little dull and dreary compared to the rest of the hotel which is energetic, bright and colourful. Downstairs the lobby/bar area is bright and airy, with lots of beautiful details, fresh flowers, and artwork. It is after all one of the top five hotel bars in the world according to The Sunday Telegraph. If you are reading this and planning to enjoy this, book it in the lobby.

After you enjoy your afternoon tea you will be ready to hit the town to go see a musical. You are, after all, in the theatre district. Charlie is still playing just around the corner but you also have a lot of choice. The London West end has the highest level of commercial theatres in the English-speaking world. The Mousetrap has been open for 63 years, Les Miserable for 31 years and Phantom of the Opera for 30 years. Walk down to and along the River Thames which is just a couple of blocks away. I like to cross to the other side and walk to the left, past the Southbank Centre, Tate Modern, Shakespeare Globe and even as far Borough Market, City Hall and Tower Bridge! 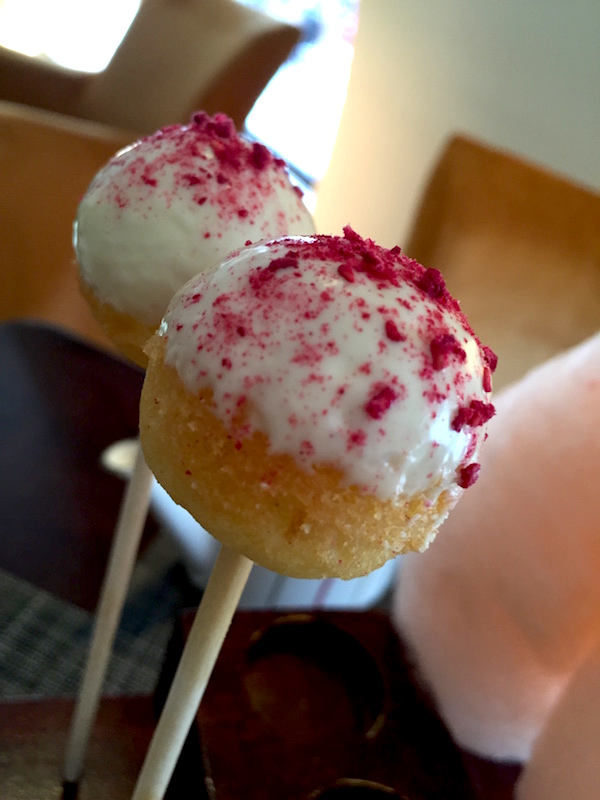 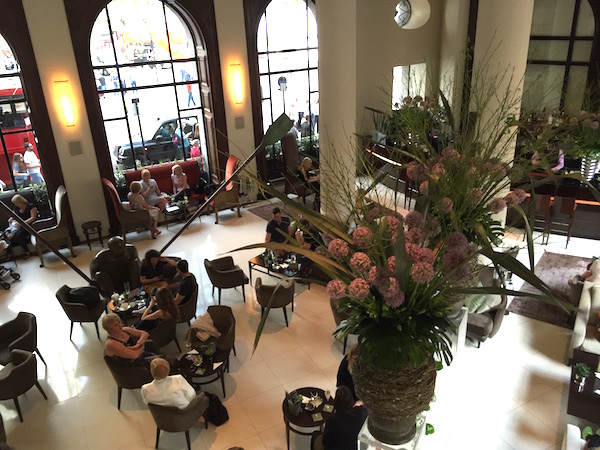 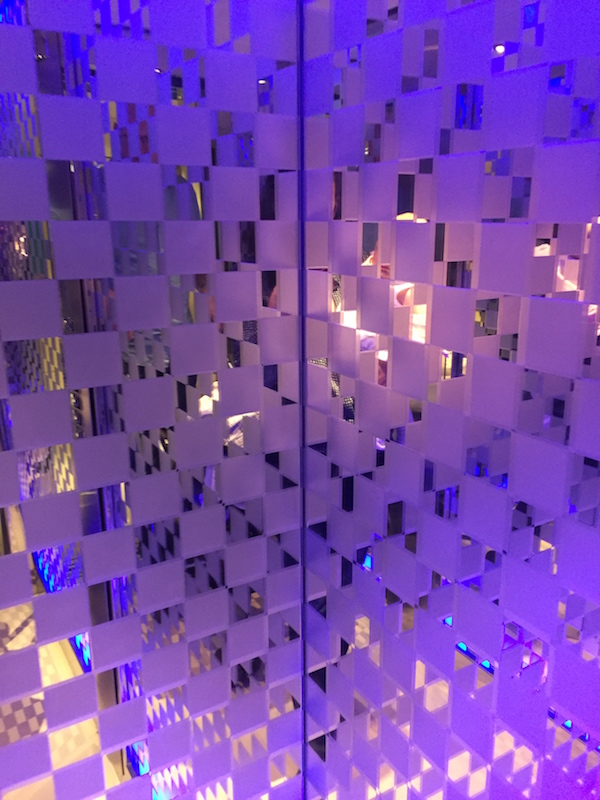 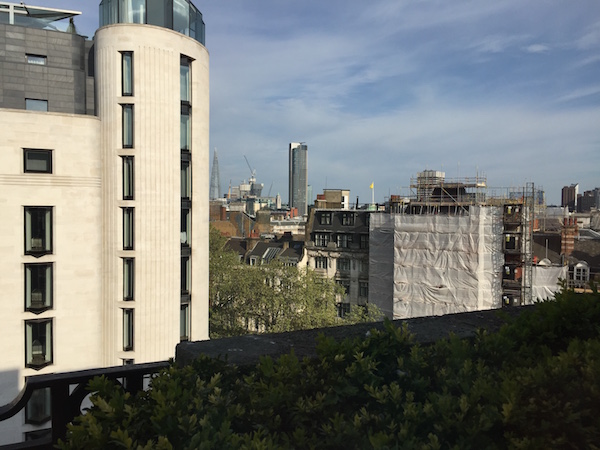 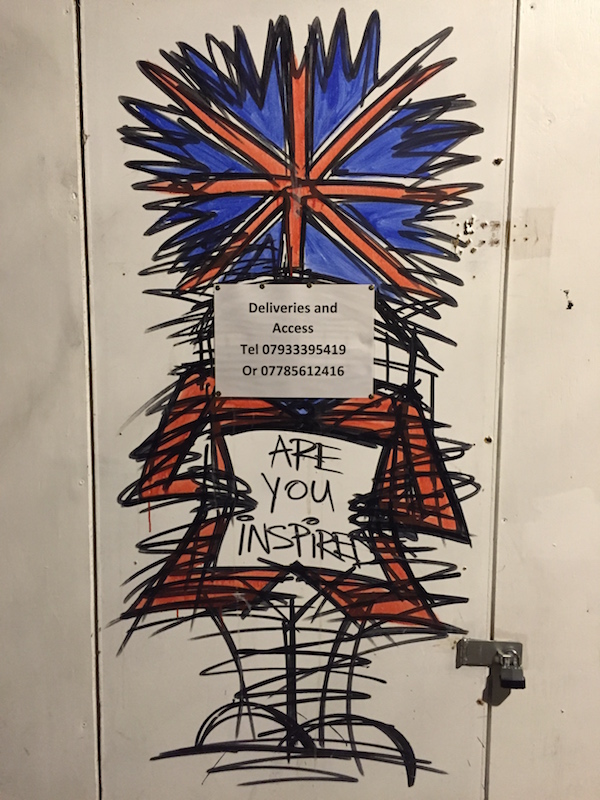 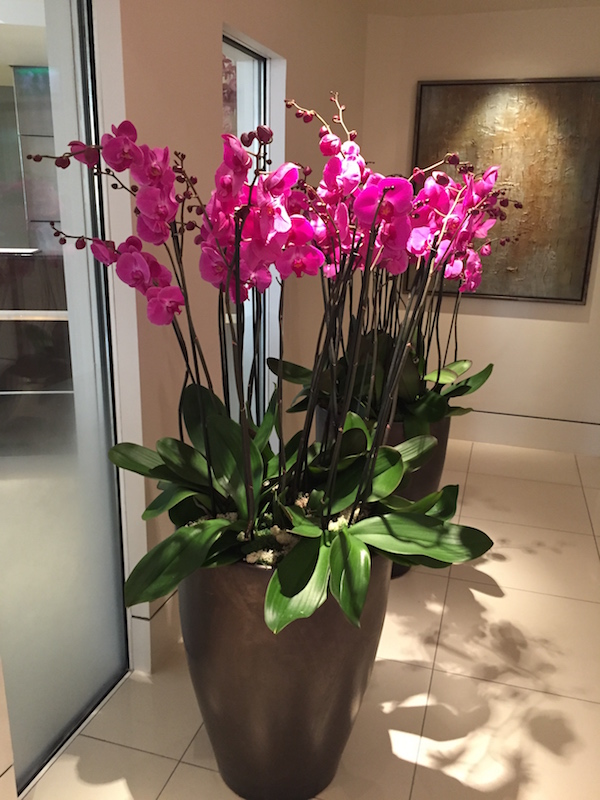 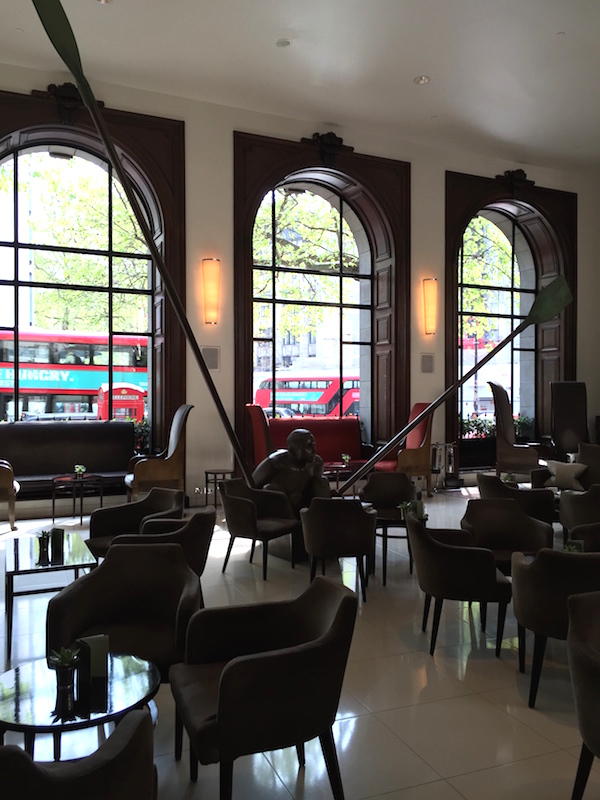 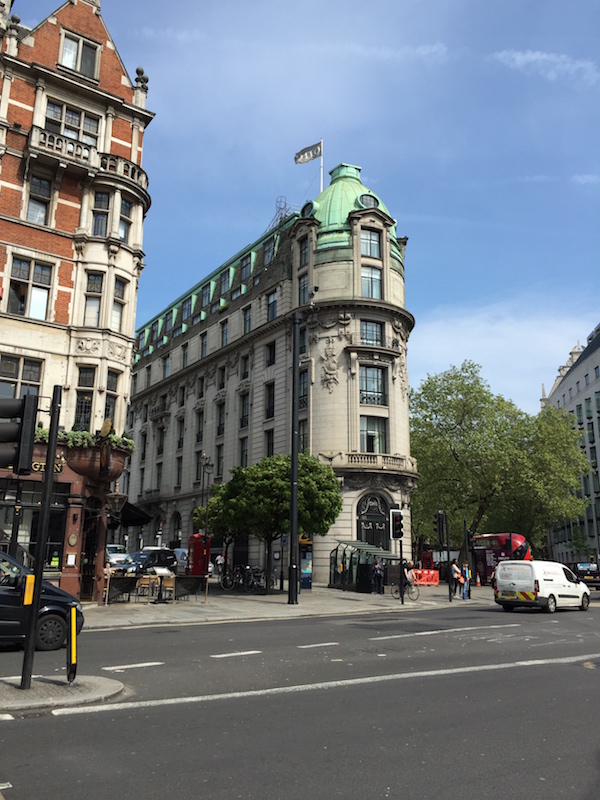 Verdict: Book early as reservations fill up months ahead…unless you stay at the hotel. Then they can usually find you something if you ask when you book. One Aldwych, 1 Aldwych, London, United Kingdom