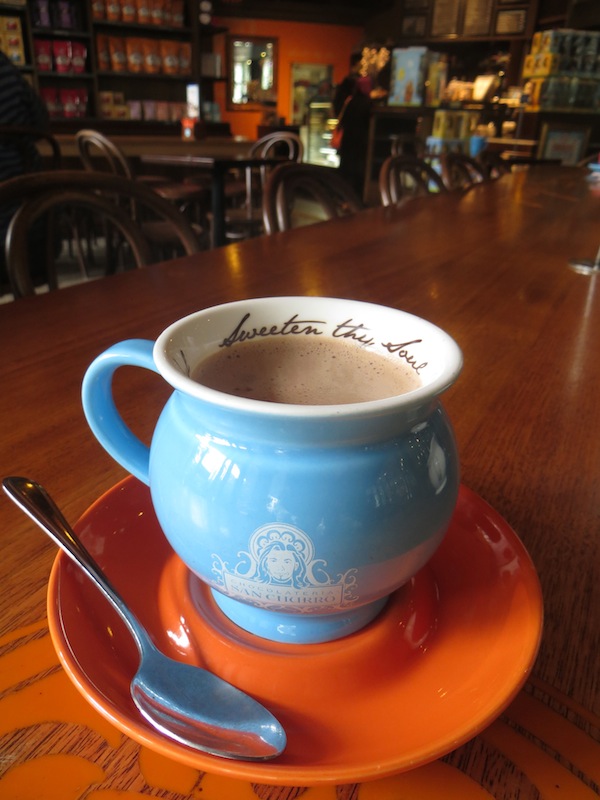 In 1500, Hernan Cortes, a great Spanish explorer driven by a pioneering penchant and a lust for wealth and power, arrived in Mexico. There he was mistaken by the local inhabitants to be the descendant of the Quetzalcoatle, the patron god of cocoa crops. To honour the deity, the Aztec Emperor offered the weary Cortes a golden goblet of xocolatl – a bitter, thick drink made from ground cocoa beans and infused with spices and chili. Cortes returned to Spain and took with him a ship full of cocoa beans and the secret receipt for preparing this cocoa drink of the Azetecs. The Spanish court fell so in love with the drink (not surprisingly) that the King decreed it be only for the enjoyment of the nobility. Spanish monks were entrusted with the secret and sweetened the recipe to better suit the Spanish tastes.  100 years later the Queen of Spain fell ill  and everyone thought she was about to die. One of the monks caring for her brought her a drink of hot chocolate and mysteriously she was reinvigorated and brought back to life. The monk declared chocolate to be a gift from God. The monk’s name was San Churro. 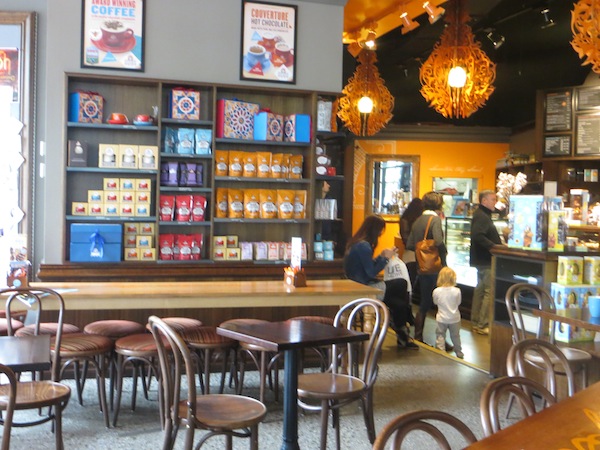 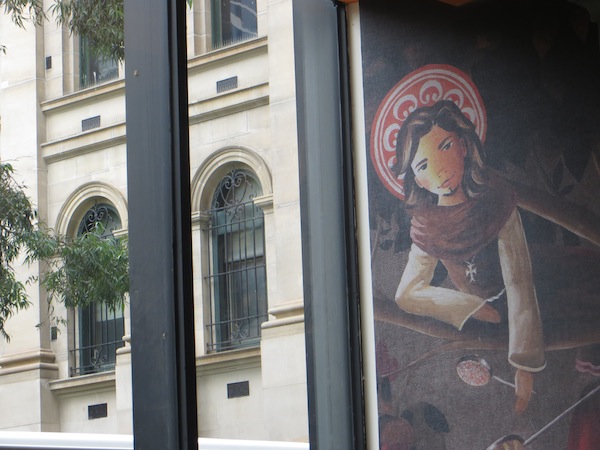 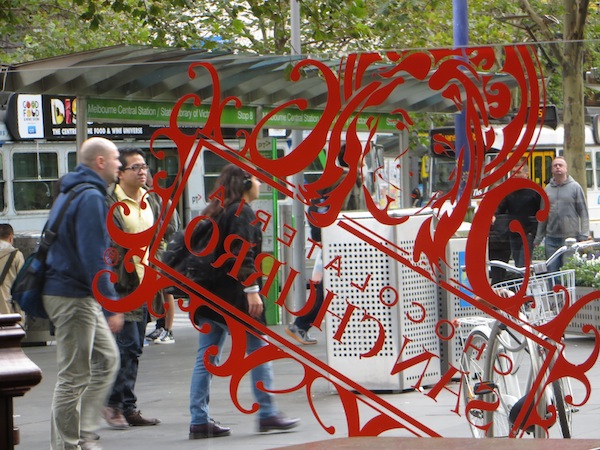 Owners Kelly and Giro got the idea of Chocolateria San Churro while sitting eating churros and sipping hot chocolate in Madrid. When they returned home to Melbourne they opened the first Chocolateria San Churro on Brunswick Street, Fitzroy in March 2006 where I have been many times. There are now over 38 stores across Australia, and today we tested out out their location in the CBD right next to the State Library. 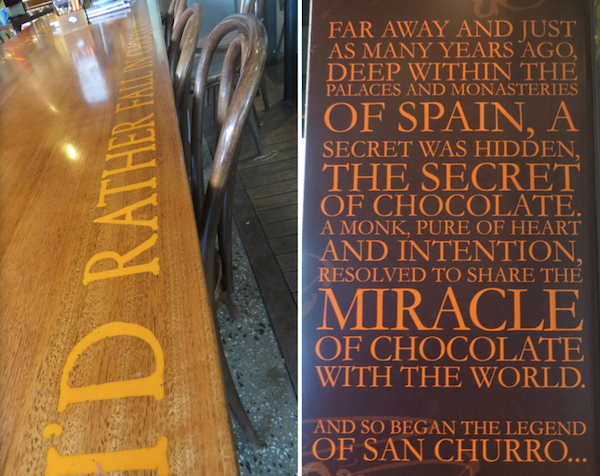 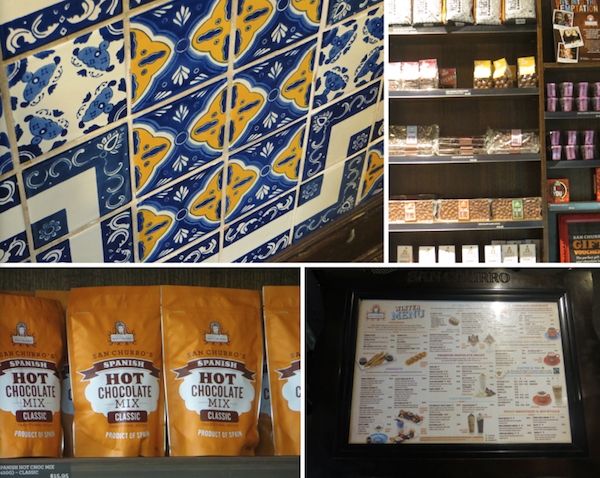 The table where we sat had the quote “Forget love I’d rather fall in chocolate” painted along the top. Ah, to fall in hot chocolate (not too hot though). Sounds like a beautiful spa experience. But today I was more in the mood to drink  one, if only I could make my choice. Chocolateria San Churro is really all about hot chocolate and there are dozens of them to choose from. I had a thick, unsweetened Spanish hot chocolate, but could have chosen a Mexican Azteca hot chocolate flavored with chili and cinnamon, a dark coverture hot chocolate, a dulce de leche hot chocolate, maybe even accompanied by a plate of freshly made churros. I enjoyed my hot chocolate. It wasn’t as thick as the original Spanish hot chocolate that I imagine the owners had first tasted in Spain, but it was easy to drink while still being decadent. Good way to get some energy to spend the day walking around the beautiful Melbourne CBD. 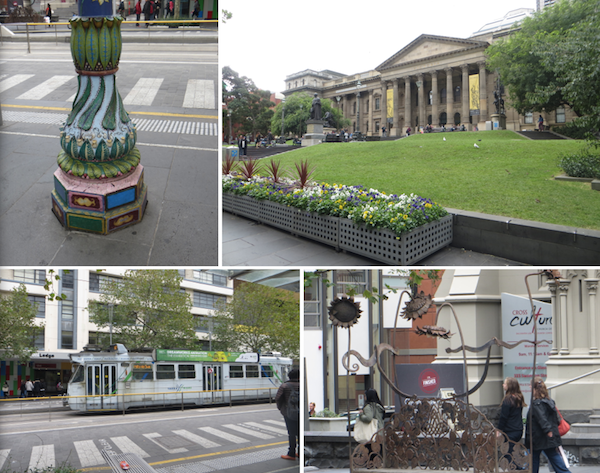 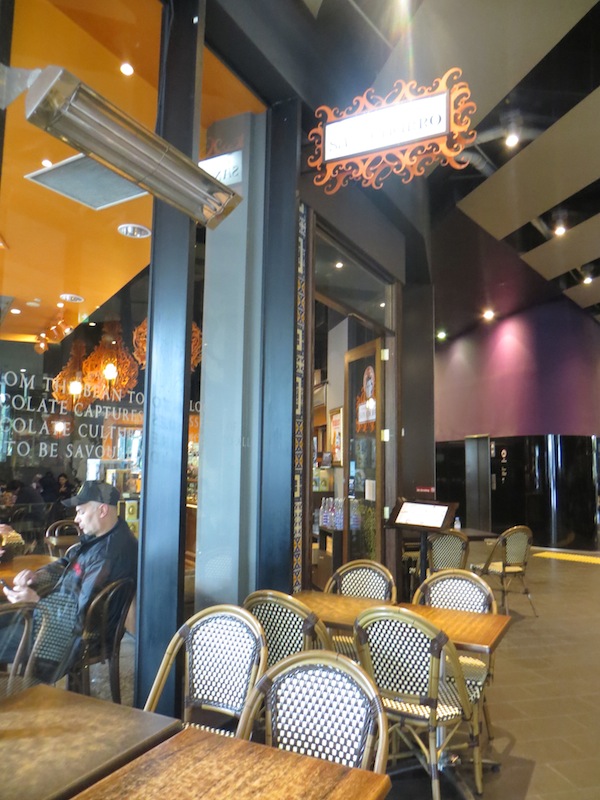 Verdict: Every hot chocolate you can imagine for any mood you might be in and locations across Oz for all those lucky Australians. hmmm San Churros, Melbourne, Australia