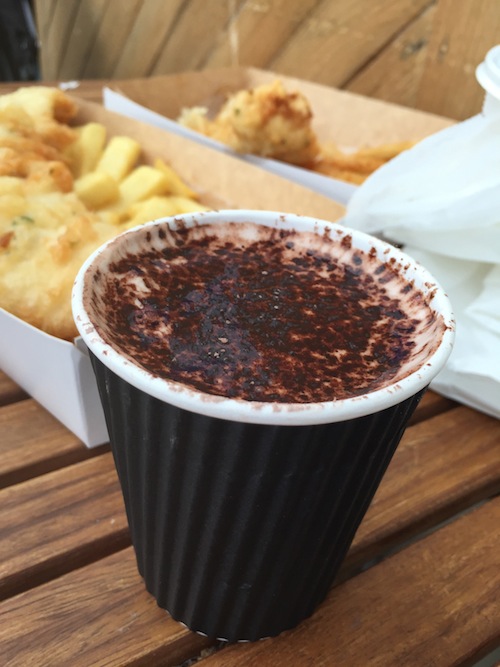 I hear about Geelong constantly at home because my husband is a supporter of the Geelong Football Club (the greatest Australian Rules Football team of all apparently). I half expected the whole town to be painted white and blue (it isn’t).

While passing through on the way down to Anglesea, we headed straight to the waterfront to the Geelong Boat House to grab some lunch, which is located in a 100 year old barge right on the water and opened in 2012. It has all the fish and chip options you would expect. Blue grenadier, whiting, calamari rings, lemon pepper squid, dim sims, big boxes of freshly fried chips with lots of salt. It filled the spot 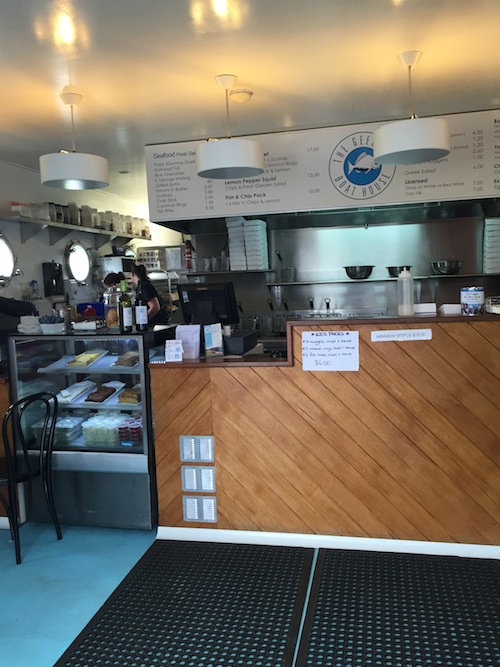 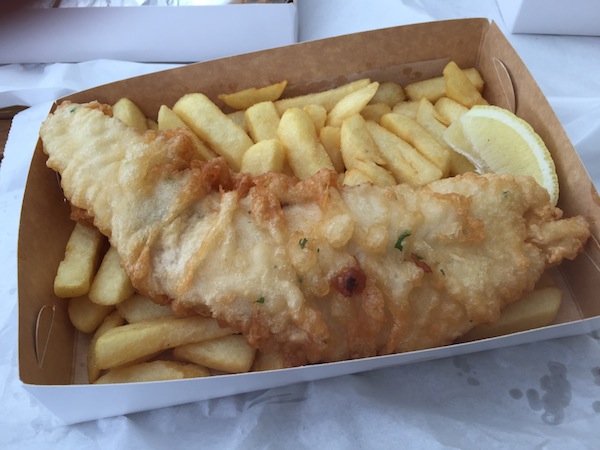 The weather was perfect not just for fish and chips, but for a hot chocolate too. Even though it was the middle of summer in Australia, it was cold out, so cold, and windy, and raining, and even though we were sitting in a covered area, because it was covered in clear plastic you still felt like you were outside, in the cold. My little hot chocolate appeared in a take away cup and was … sad. Did I say it was sad? It tasted like water with something in it. It did smell like chocolate, it smelt ok actually. So I closed my eyes, used the water from the thin paper cup to warm my hands and took a few breaths in and then threw it out. 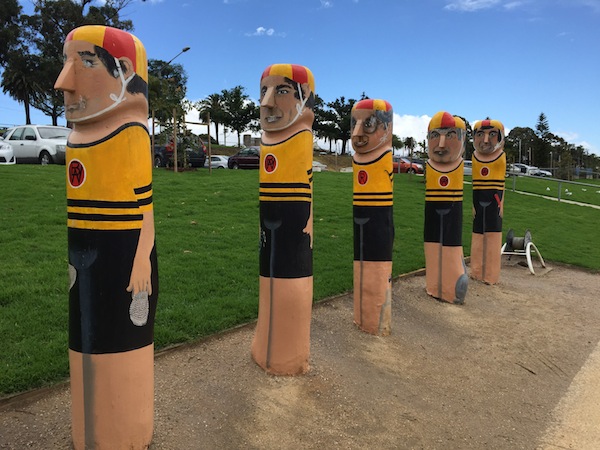 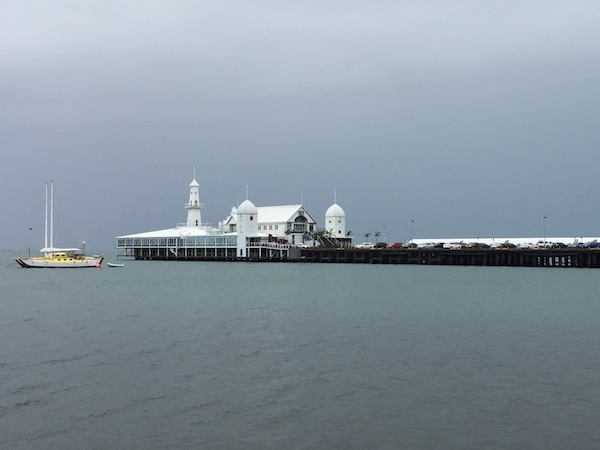 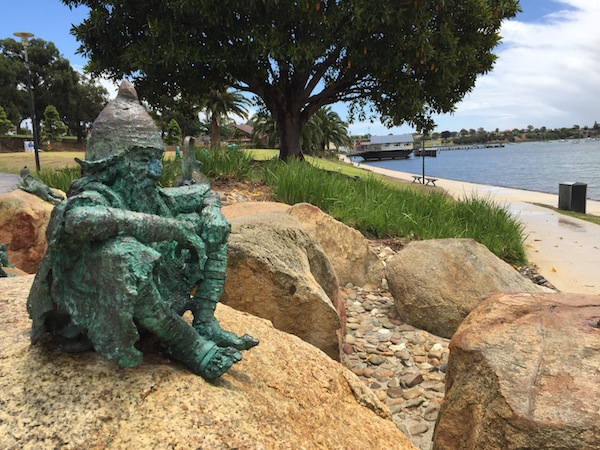 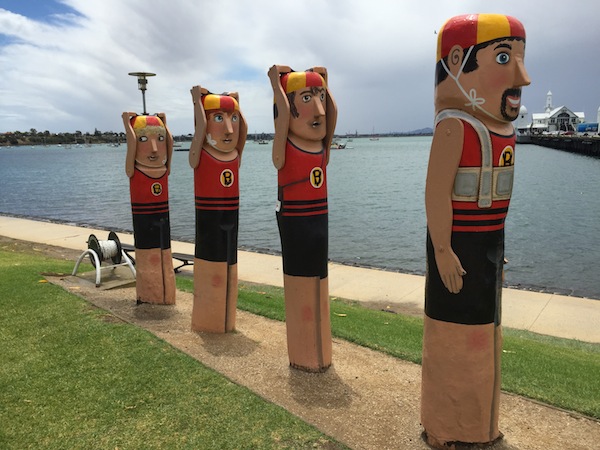 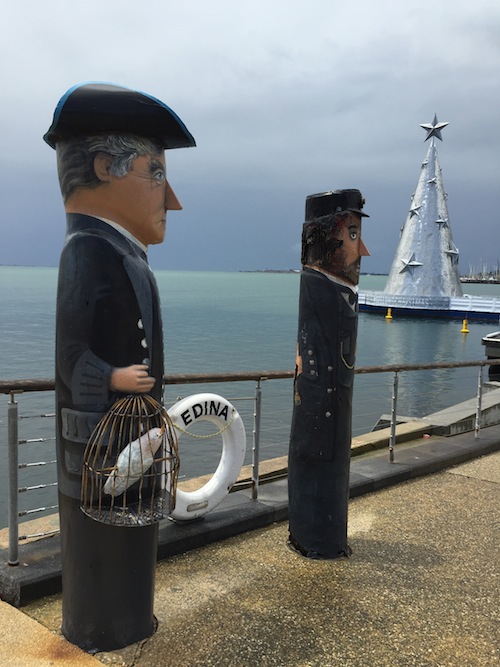 The rain thankfully stopped just as we finished up so we took a quick walk along the waterfront. The sidewalk is lined with all sort of interesting wooden figures, 103 in all, that feature iconic Geelong characters painted by local artist Jan Mitchell. The wooden pylons used were recovered from the Yarra Street Pier which was destroyed by fire in the 1980’s and later removed. The pylons represent characters that played a part in Geelong’s history, from the original indigenous inhabitants to more contemporary characters. These include a handful of swimmers representing the Western Beach Sea Bathing Company, some pretty bathing beauties from the 1930s, captain of the steamship S.S. Edina, glamorous musical comedy start Carrie Moor born in 1882 and many many others. We only saw a handful of them but the full walk along the waterfront to visit them all takes about 2 hours and seems like it would be well worth the time (on a warmer day). 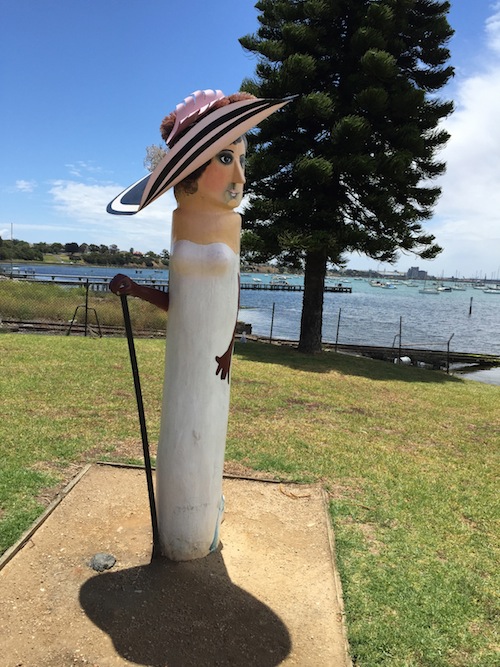 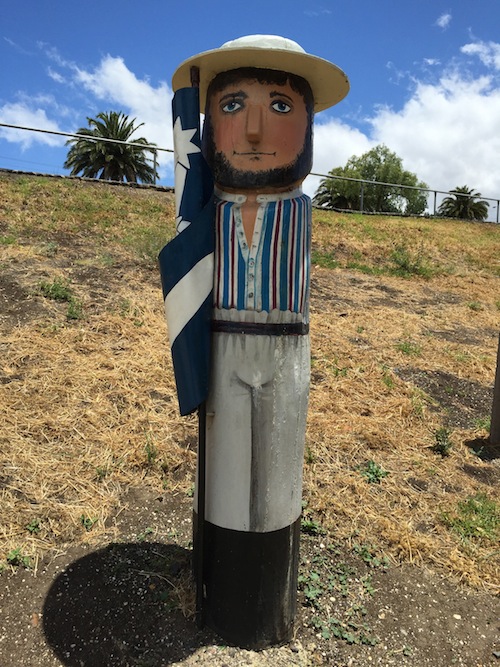 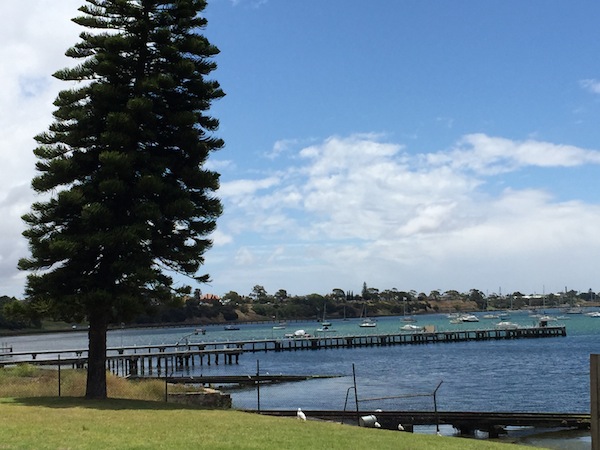 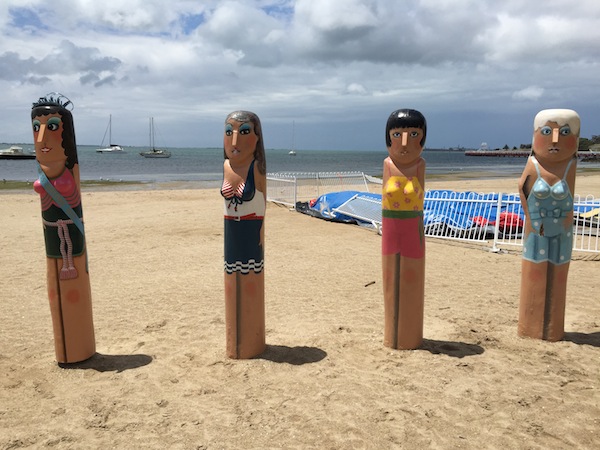 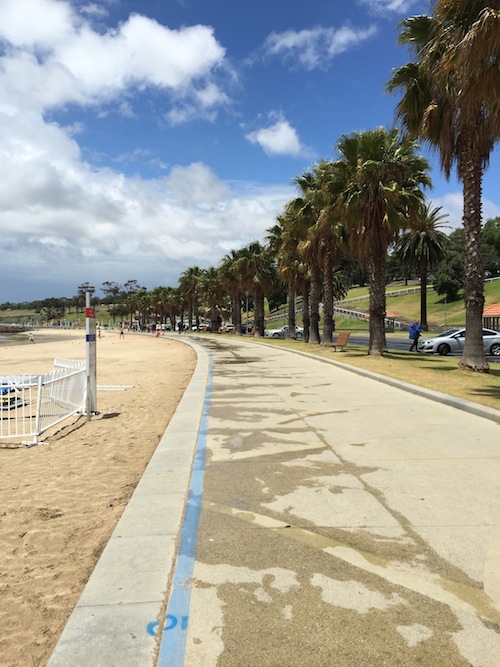 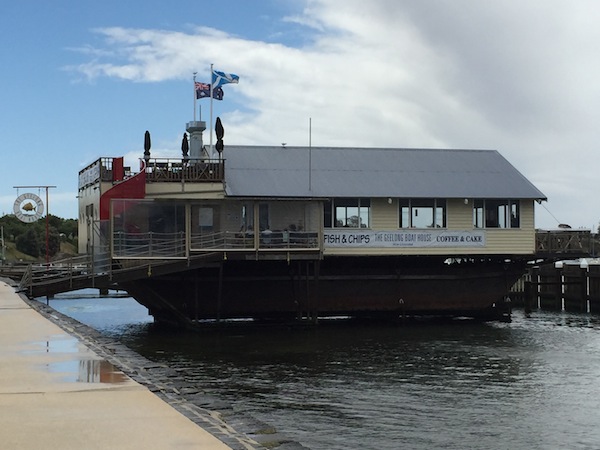 Verdict: Awful hot chocolate, good fish and chips, but save as much time as you can to walk along the waterfront and take selfies with the ballards. On a sunny day the upper deck the Geelong Boat House looks like it would be a great place to enjoy lunch. Geelong Boat House, Geelong, Australia