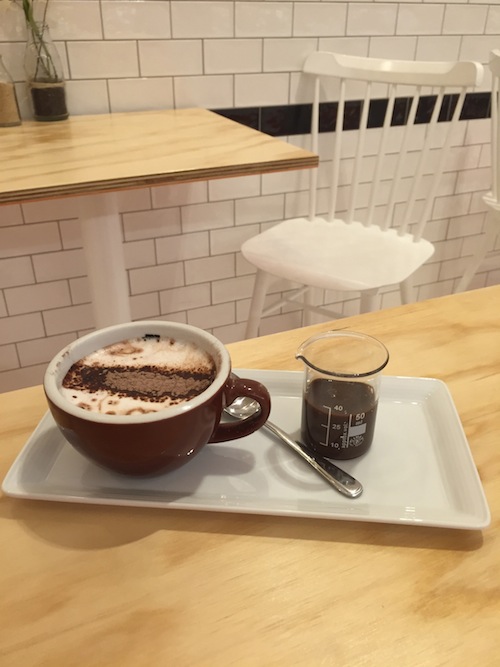 When one thinks of shopping destinations Melbourne may not be the first place that comes to mind. But it should, especially now since in addition to the stores lining the various historic arcades, large department stores Meyer and David Jones and the stores in Melbourne Central there is now the larger than life Emporium with 225 more stores. This gives the lucky Melbournians blocks and blocks of nonstop shopping so naturally you would need a break somewhere in the middle to re-energize. That is where Cacao Lab comes in. 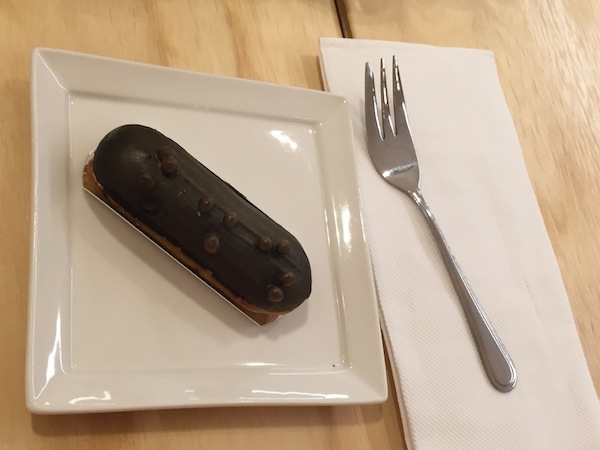 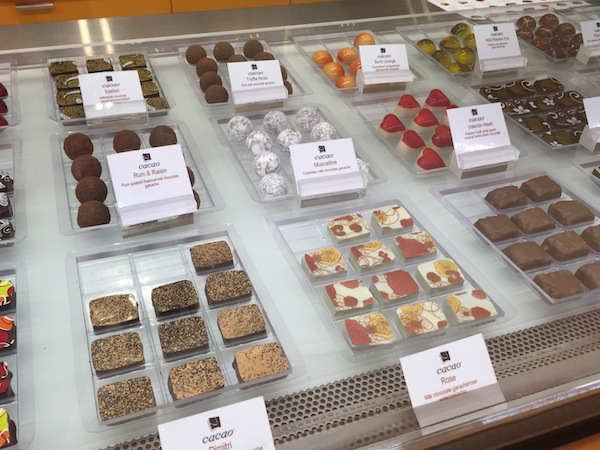 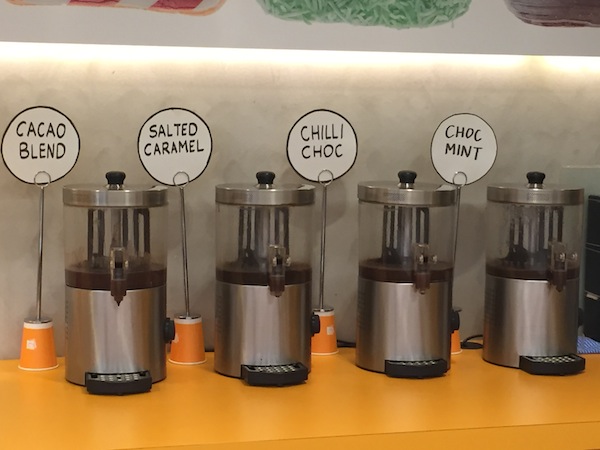 Laurent Meric is a French Master Chocolatier who has worked at several 1, 2 and 3 Michelin star restaurants before arriving in Australia in 1999 to work with the InterContinental Hotel in preparation for the Sydney Olympics. Australian Tim Clark trained in Michelin star restaurants in Germany, and later became the youngest Executive Pastry chef of Melbourne’s Crown Casino. Together in 2003 they opened the first Cacao shop in St. Kilda and today have 3 other locations in Doncaster, Highpoint and this one in the CBD. “Each of the locations is different,” the woman at the counter told us, “they each have a different feel and sell different products. Cacao lab is the only one that sells the éclairs”.

The éclairs are traditional only in shape. The founders have used the Lab as a space to experiment with inventive and crazy flavor combinations. They have Tim Tam éclairs (Tim Tams being the official Aussie cookie), lemon meringue éclairs or the red and white stripped Where’s Wally/Waldo éclair with strawberry crème patisserie and marzipan. If you are even more adventurous try the Kevin Bacon éclair with caramelized pecan and maple syrup toped with maple icing and crispy bacon. If you can’t choose then “no worries” as the Aussies say. The éclairs are mini so you can order a few. Considering it is summer now in Melbourne, and it can get very hot, they have also created a range of éclairs full of ice cream (salted caramel gelato, cookies gelato etc.) conveniently presented on a stick for easy eating. 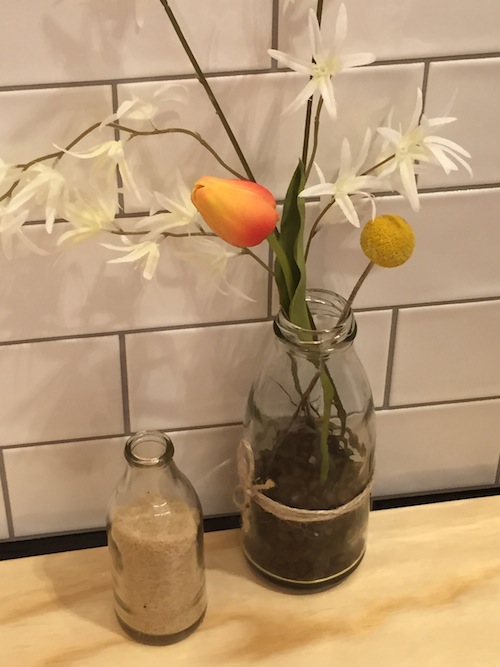 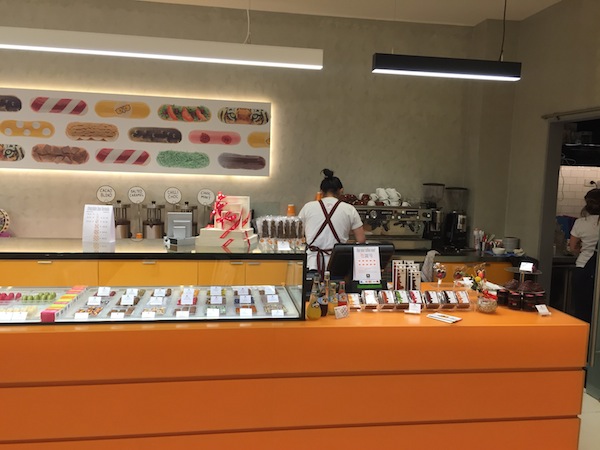 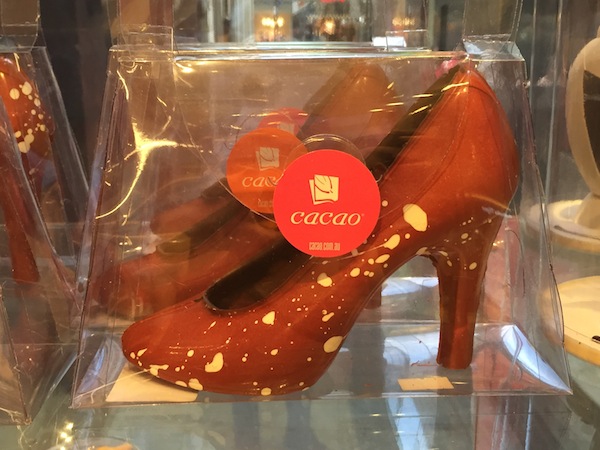 I was able to control myself and only order one éclair so I could focus on my hot chocolate. We had several options to choose from (choices change regularly). A cacao blend, salted caramel, chili choc and choc mint, each mixing around in clear glass containers behind the counter. You can order your hot chocolate in a mug ($5.95), in a cup ($4.85) or as a straight up ‘hot shot’ for $3.5. I chose their classic cacao blend while Rich was feeling a bit more adventurous went for salted caramel.

They use beautifully rich dark Belgium chocolate (I’m assuming Callebaut chocolate since Tim was crowned Australia’s first Callebaut Chocolate Master in 2004). The chocolate, in the spirit of the lab theme, is presented in a small glass beaker next to a white mug filled with warm milk sprinkled with cocoa powder. The chocolate was beautiful on its own or expertly mixed with the milk (this is a lab after all). As many of you know I love hot chocolates where I can do the mixing so Cocoa lab had me with the beaker…really they had me as soon as I walked in but the beaker sealed the deal. 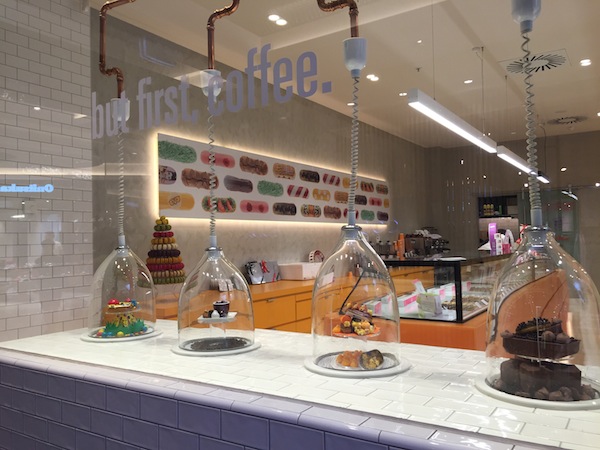 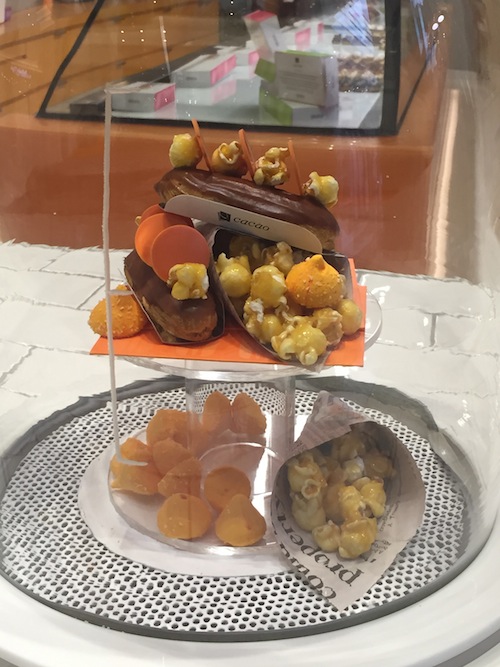 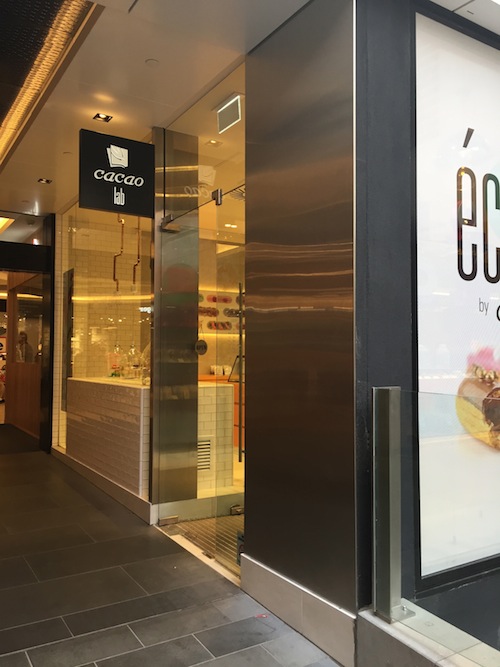 Verdict: Fabulous place. In the end we spent more time in here than shopping and I’d do that again any day. How I miss those mini éclairs… Cacao Lab, Driver Lane, Melbourne, Australia