The Maremma Project – Hot Chocolate at Pippies by the Bay, Warrnambool, Australia 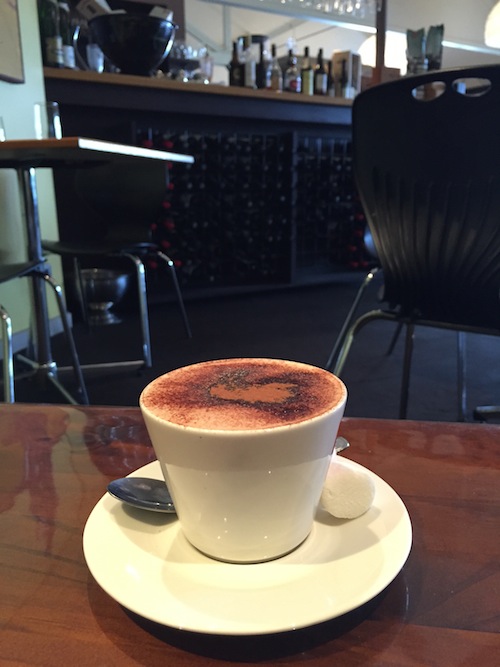 To be honest we didn’t spend long at Pippies By the Bay. The waitress seemed confused when I came in, asked for a hot chocolate, drank it while typing (it was good), paid and left. I came into Pippies just before leaving because I had to warm up and tell you about our incredible morning in Warrnambool. It involved puppies, penguins and lighthouses. Read on… 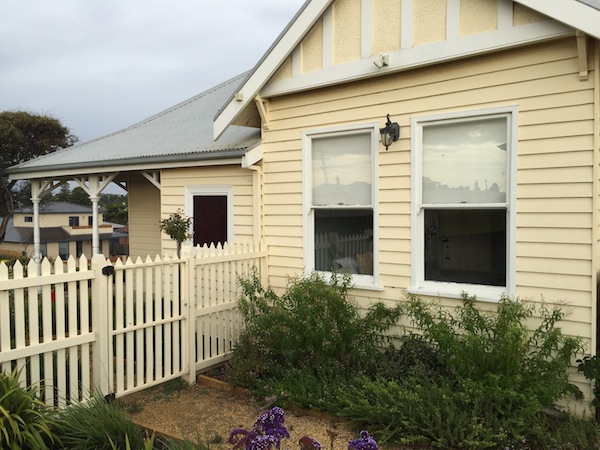 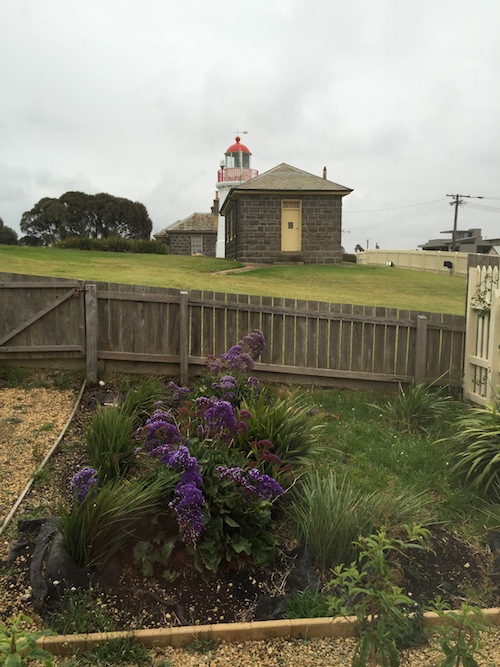 Warrnambool, right at the end of the stunning Great Ocean Road a few hours away from Melbourne, is situated on a coastline known for its beauty and its shipwrecks. Its rich maritime history is shared in a heritage listed village called Flagstaff Hill that displays not just Australia’s richest shipwreck collection but the opportunity to experience what life was like here in the 19th century.

This isn’t usually the type of tourist attraction I would visit and we only visited because we spent the night at the Lighthouse Lodge, a charming little house (highly recommended) with three bedrooms right between the two historic Warnambool lighthouses, erected on this hill in 1872. The lodge is part of and located within the park so this morning we woke up early and walked in to take a look around. I was pleasantly surprised by how real it all looked and felt. The village has a local bar, seamstress, newspaper, boat maker etc. all with authentic props and décor.

I wished we had had more time to walk through but we had something else planned, a tour of the Maremma Project. We met Peter who is not just in charge of the tour/project and tourism for Flagstaff and the city in general, but also manages the little lodge where we stayed. Twenty of us were given reflective gear and life jackets and made our way down to the beach. 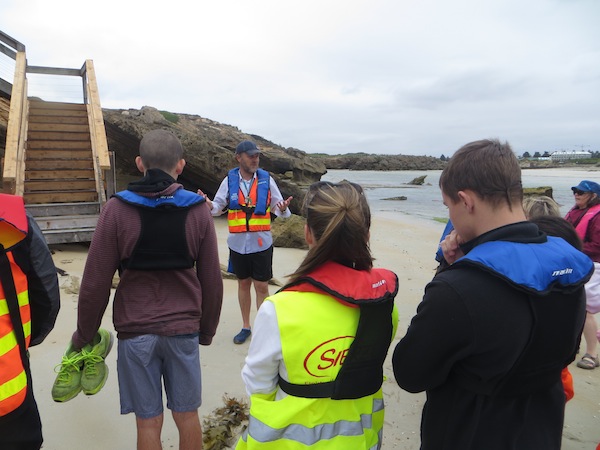 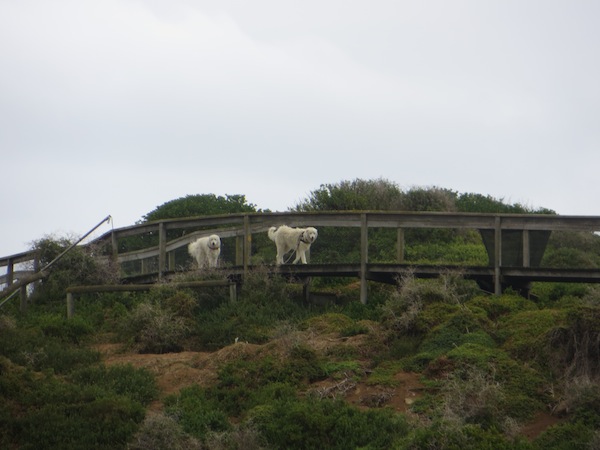 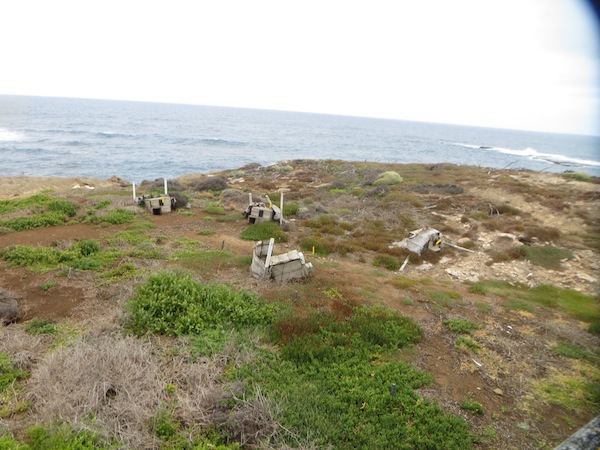 Middle Island is a small island right off the coast. It used to have a thriving little penguin population but when tides were low foxes would walk across to the island and kill the penguins. By 2005 there were less than 10 birds counted. In 2006 a local chicken farmer suggested that Maremma dogs be used to protect the penguins. These dogs had been used for centuries to protect chickens and sheep in Italy and the farmer was using them successfully with his free-range chickens to protect them from foxes. He suggested that the penguins were just chickens in dinner suits and that the dogs would have no troubles adapting to this new role. The first year the dogs were used no penguins were killed and since then the population has recovered to over 180 little penguins.

The first dog used on the island was named Oddball and his story, and the story of the programme, will be the base of a full-length movie coming out in 2015. The only way to meet the dogs and see the project in person is by booking one of these tours ($12 with all proceeds going into the programme). They already book up early and I suspect once the movie comes out it will be even more difficult to get a spot.

After an overview of the project we went to the beach to walk across to the island. It is a very short walk but through water. Because the sand moves from day to day,“every day the walk is different”, Peter said, “some days you can walk straight across on the sand, others you almost have to swim”. Today was something in between. We got wet up to our waists which was tough because even though it was summer, it was cold outside. The island is closed off to locals and tourists. A few years ago they had a referendum and locals voted overwhelming to close it in order to protect the penguins. A wooden walkway has been build up to the top and across the island with a locked door. On the walkway, waiting for us, are two female Maremma dogs, Eudy and Tula (the 6th and 7th dogs used in the project, their names mean penguin in Latin.) Phil is their caretaker who not only spends time with them on the island but regularly brings them off the island for breaks. “We are planning to get new puppies this year” Phil tells us. The dogs are only on the island during the summer and spend the rest of their time at Flagstaff Hill or on a local farm running around. 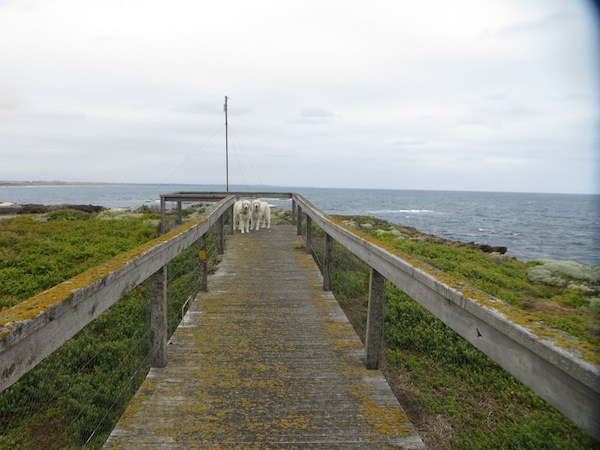 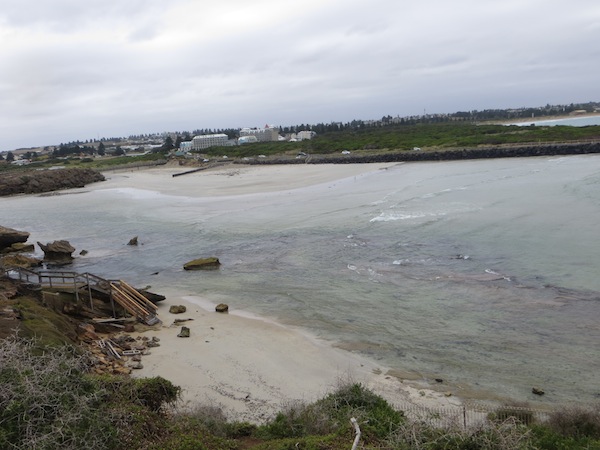 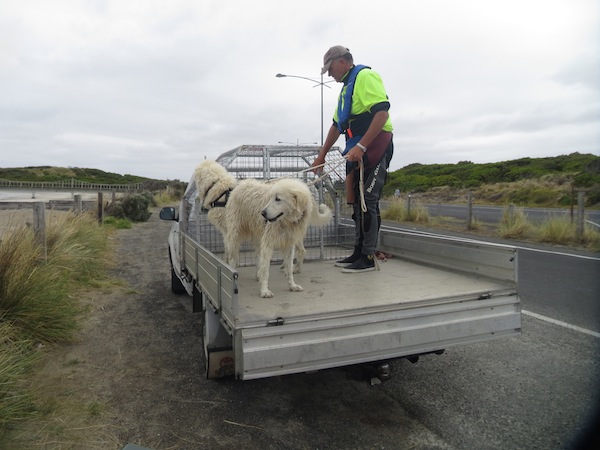 The Maremma project is a fantastic initiative. It costs around $15,000 a year to run and counts on countless dedicated volunteers to make everything work. It is such a simple idea but one that seems to not only be working very well but also bringing the community together.

Back at Flagstaff Hill we stopped at Pippies, the restaurant near the entrance to warm up with a quick hot chocolate. Although it was the middle of summer in Australia, today it was a wintery 15 degrees Celsius – perfect hot chocolate drinking weather. The views from Pippies over the historic village and the coast in general are beautiful. A highly recommended morning. 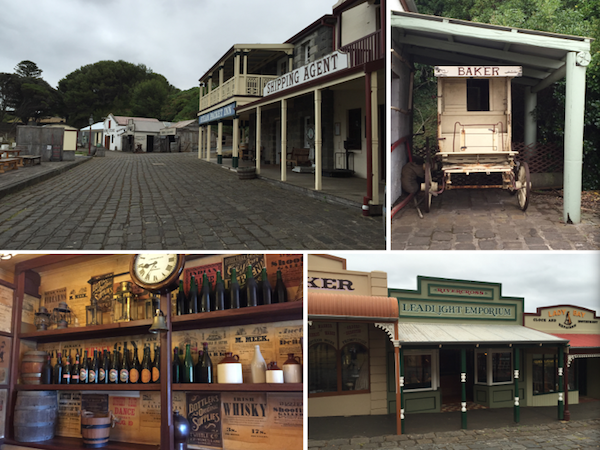 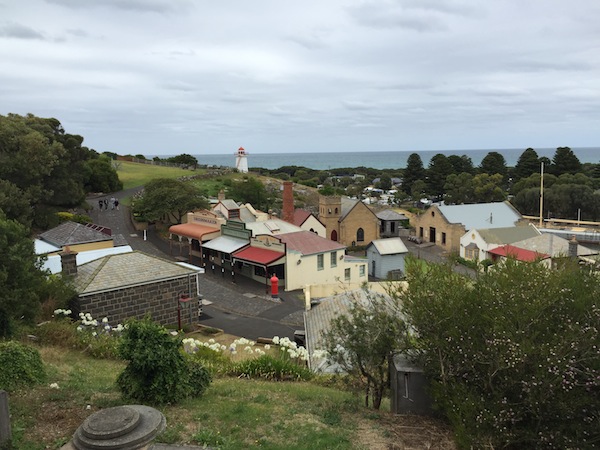 Verdict: Keep an eye out for the movie and join the Oddball club to get updates on how the penguins are doing. Pippies and Flagstaff Hill, 89 Merri Street, Warrnambool, Australia