A New Yorker in Melbourne – Hot Chocolate at Bowery to Williamsburg, Melbourne, Australia 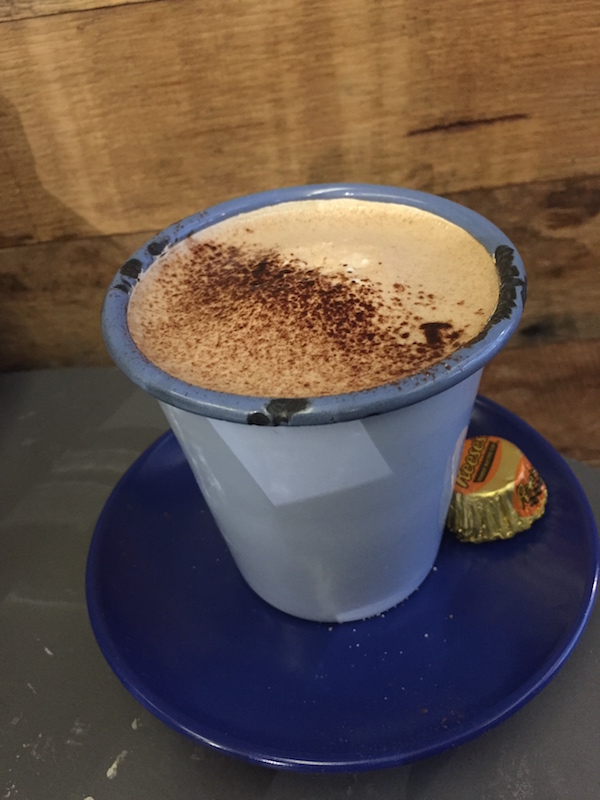 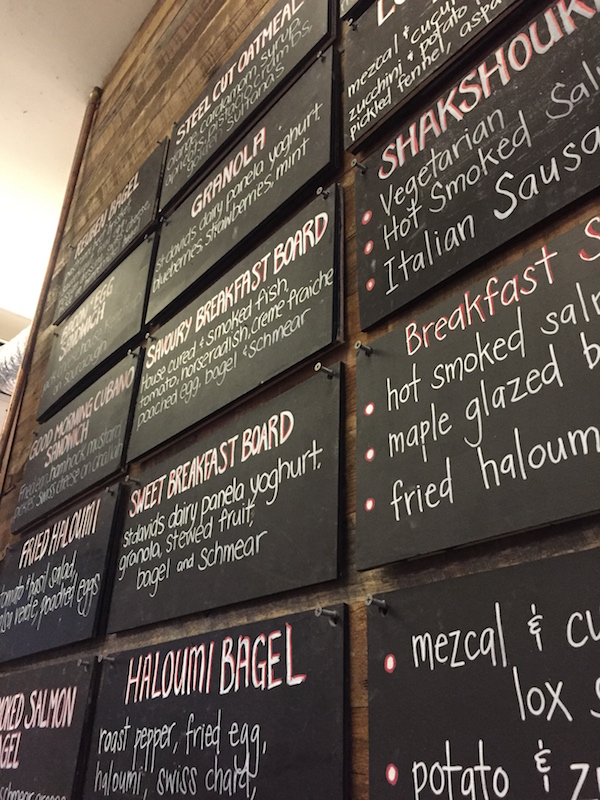 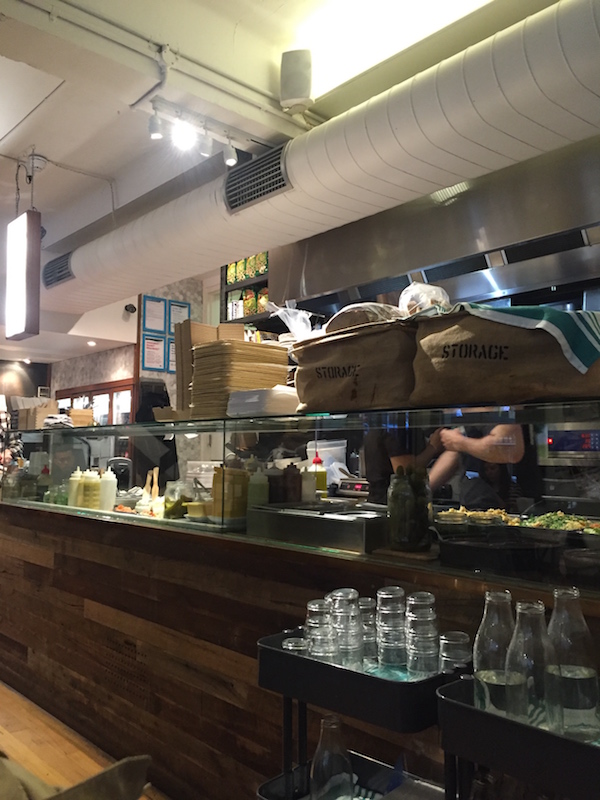 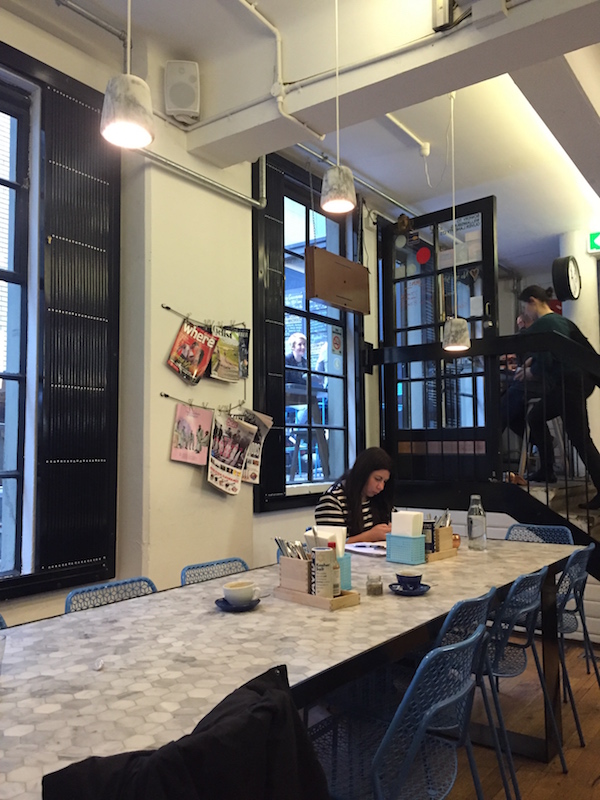 And I would expect this kind of interesting creation from Bowery as they share the same owners as the fantastic Hardware Societe also in the CBD (with a really great hot chocolate). Here they have combined hot milk with reces pieces peanut butter cups and then served this decadent drink with a miniature peanut butter cup on the side, which you can either eat on its own or dunk into your peanut butter hot chocolate to make it even richer and gooier. The whole thing tastes a bit like breakfast, and dessert, all wrapped in a smile. It was surprisingly good, as I don’t usually go for this type of thing.

And if you aren’t a peanut butter nut, that isn’t the only American thing at the Bowery. This tiny little shop is in a quiet grey alley way just a few steps from Federation Square. You have to walk down a flight of black stairs to reach this café, which makes it feel a bit like a NYC subway (it actually pays homage to the New York City’s Bowery subway station) without actually resembling anything I’ve ever been to in NYC. They have fresh bagels, pickles, pretzels, great sandwiches and a non-stop supply of coffee for their never-ending stream of visitors. 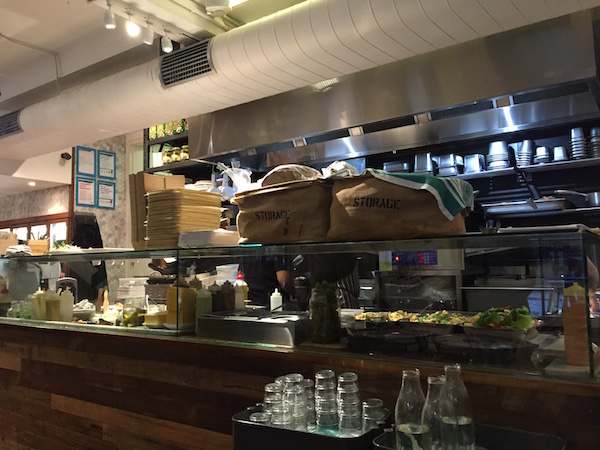 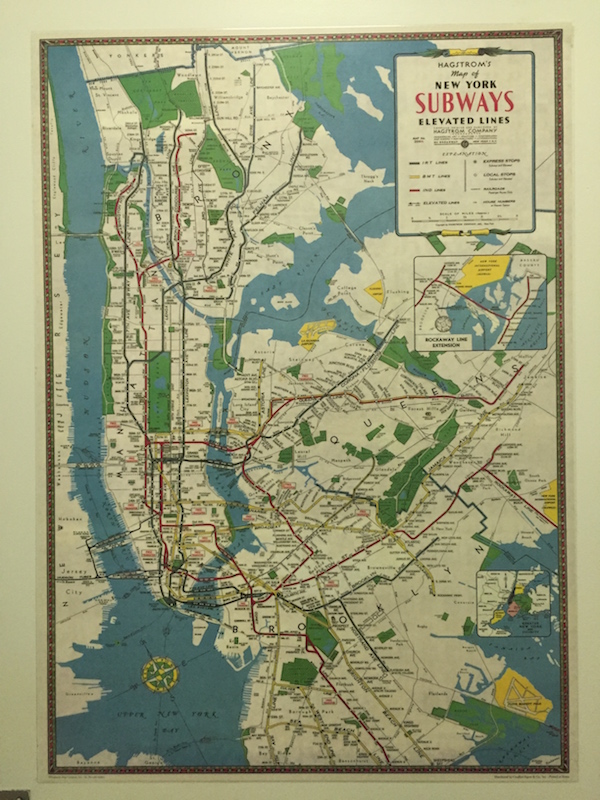 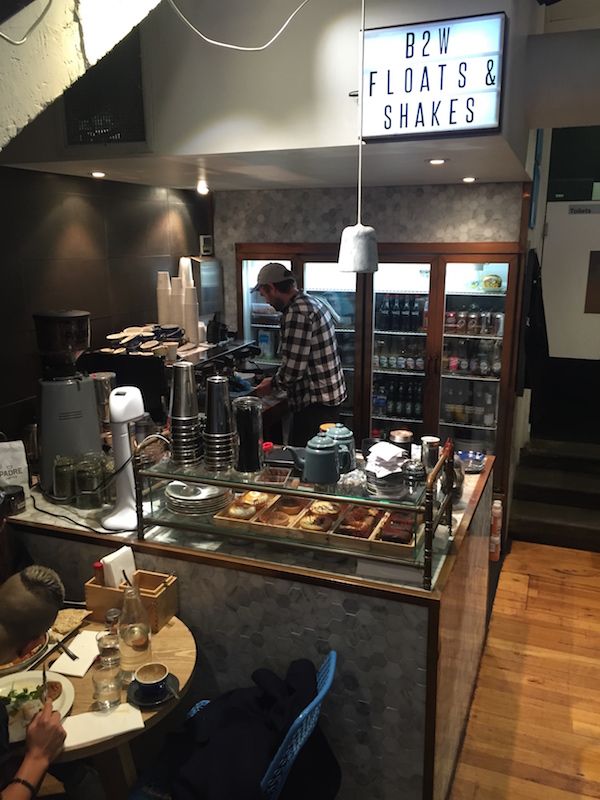 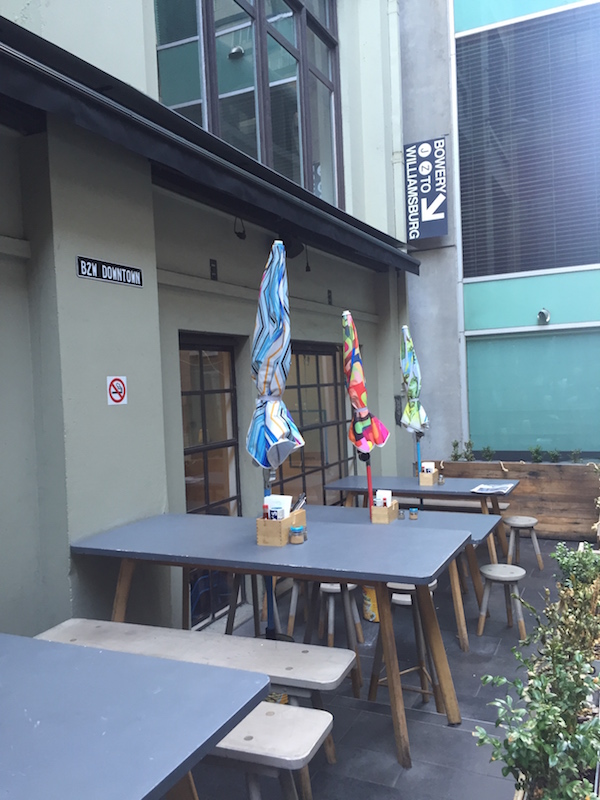 Verdict: Something a bit different and definitely worth a try, especially if you are a peanut butter lover. Bowery To Williamsburg, Oliver Lane, CBD, Melbourne, Australia