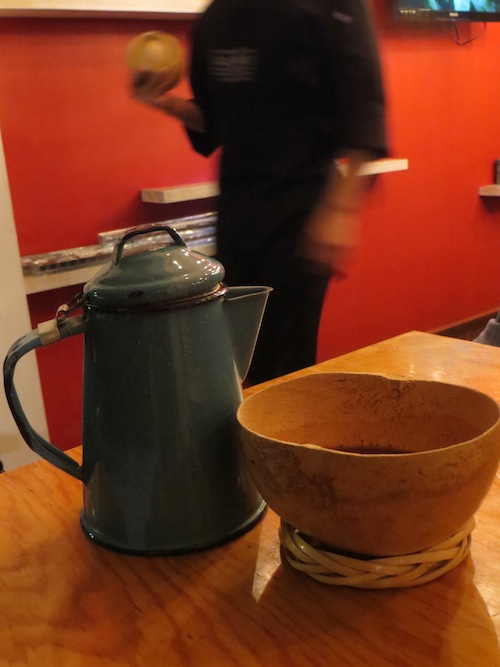 We arrived in Mexico City late in the afternoon, and even though we were tired we decided that we still needed to go out and start exploring. So why not start with an evening food tour? That would give us the chance to walk around a neighbourhood, learn more about the city and most importantly eat lots of fantastic food without having to think about much at all. Sold. The only evening tour I could find for that night was in Polanco, the most luxurious neighbourhood of Mexico City which is filled with apartments worth millions of dollars and luxury stores to spend the remaining millions at. So that is where we started. 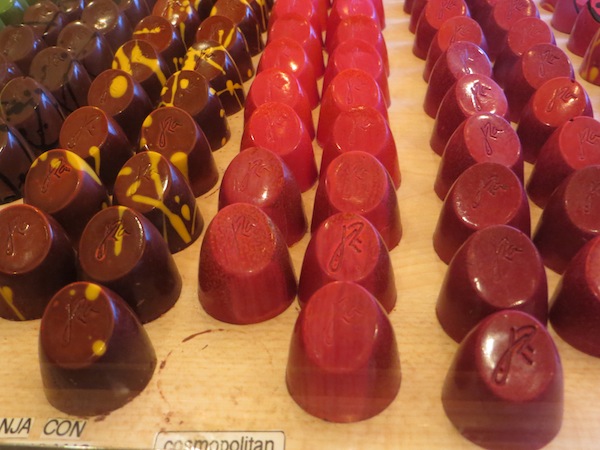 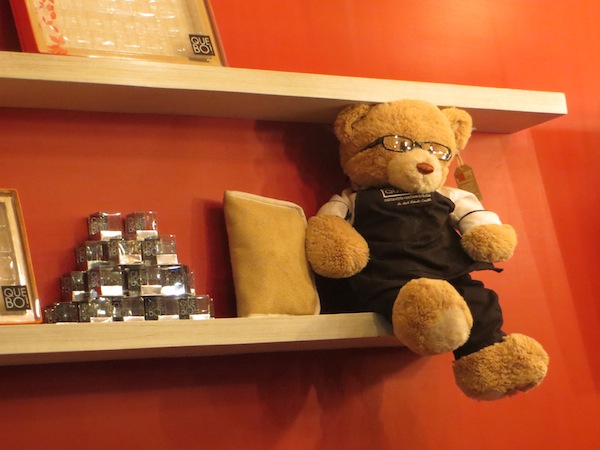 Fortunately the food, as in all neighborhoods in Mexico City it seems was simple, tasty and delicious. We had seven stops on our tour, each more delicious than the last. First we stopped at Barro Negro where we tried three different kinds of mole. We had several tamal and an interesting drink make of corn and guava (called atole) at Tamalli, Pibil tacos at El Turix, another beautiful taco with chorizo at La Surtidora, a seafood taco at Agua y Sal Cevicheria and a scoop of icecream at the famous Neveria Roxy.

My favourite stop though was at Que Bo. Que Bo was at the top of my list of places to visit in Mexico City but I thought I would be visiting their main store in the historic center. The store in Polanco is much smaller but did the trick. Que Bo was started by very young chef Jose Ramon Castillo, originally from Mexico City, trained in France and is considered the modern god of chocolate in Mexico. All of his chocolates are made using Mexican ingredients and flavours and he puts a huge emphasis on sourcing and strengthening the quality and supply of Mexican chocolate. His chocolates look beautiful too. Some are shaped like lipstick tips and are just as colourful with intriguing combinations of flavours including one that tastes like Tacos al Pastor. To further fall in love with the decadent world Jose Ramon Castillo has created, spend a few minutes to watch this short documentary. 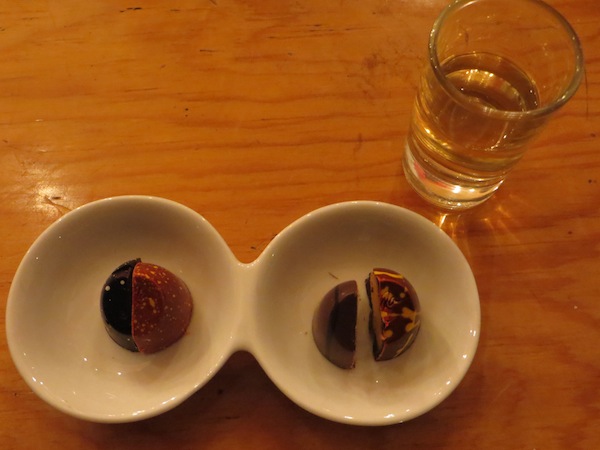 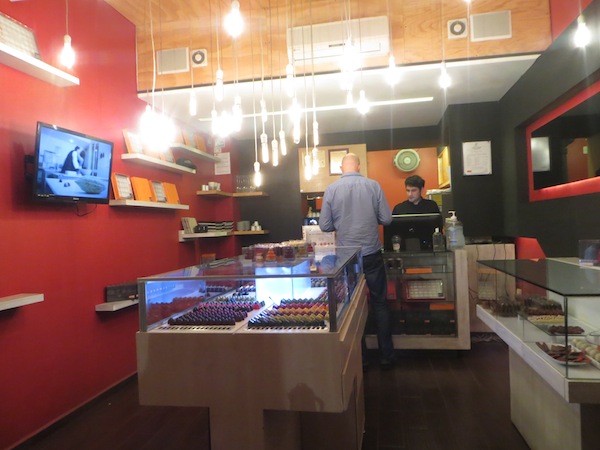 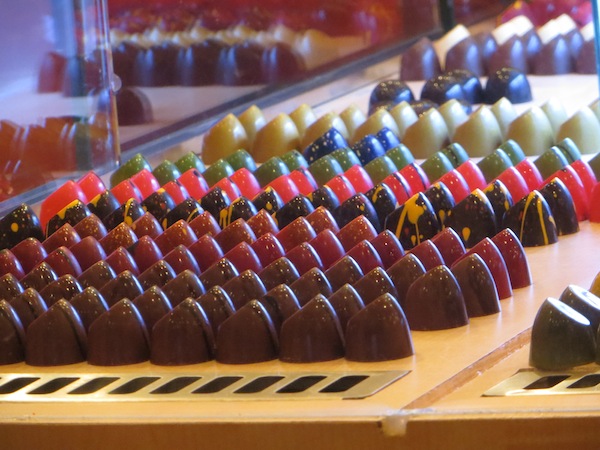 Here we had the chance to pick out 4 different chocolates presented with a small glass of Mezcal. The idea was to drink the Mezcal between and while eating each chocolate to enhance all the flavours. The chocolates completely changed the flavours of the Mezcal, making it more mellow and flavoursome. A definite highlight.

Although it wasn’t part of the tour I could not resist ordering a hot chocolate. They had a menu full of choices organized by different regions of Mexico. From Mexico City one with chili, cinnamon and cocao, from the Tabasco region hot chocolates made from corn, rice and oatmeal. I asked the chefs working what they recommended and they brought me the Chocolate de Metate Amargo (MEX$48) from Oaxaca made from cocoa, cinnamon, dried fruits with just a touch of sugar. I asked for it in a mug rather than to take away and was so surprised when they returned with what looked like half a coconut “Actually it is a sort of pumpkin, cut in half and emptied and then dried” they explained. The hot chocolate was in a bright blue tin pot and he poured a small quantity into my pumpkin cup. “You have to swirl it around gently before you drink it” he mentioned a few times, “ so that everything stays together”.

I was so excited/intrigued by my fantastic calabash mug, and buzzing from my chocolates and mezcal that I hardly noticed my hot chocolate. It was very subtle, made from water (although I was given the choice to have it with milk but was told that the way to have it in Oaxaca which is where this particular chocolate is from, is with water). It was bittersweet, very light. The staff are all chocolatiers in training and are not only extremely knowledgeable about all things chocolate, but more than willing to share their knowledge with you.  A great evening altogether. 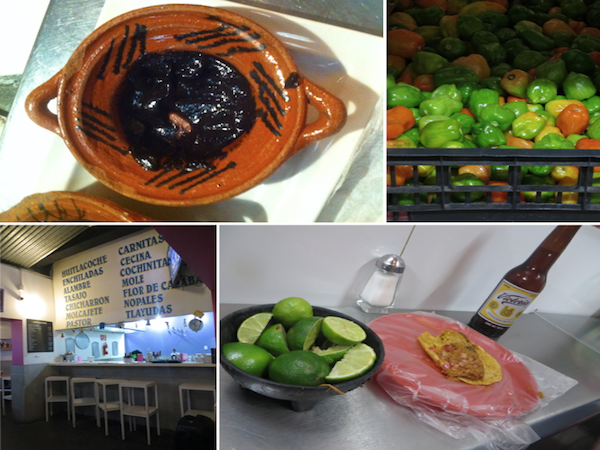 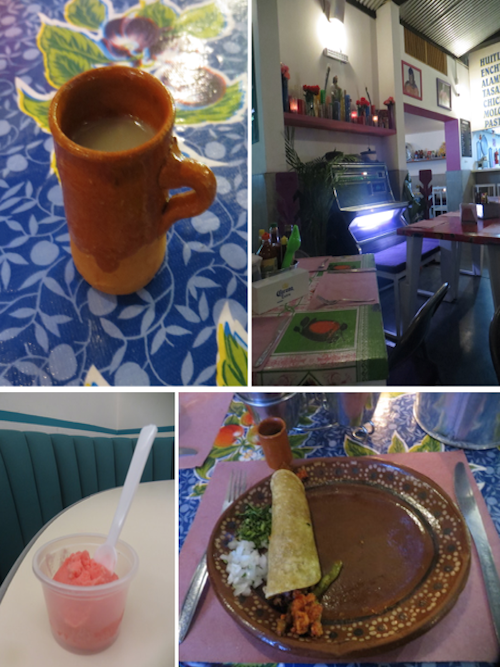 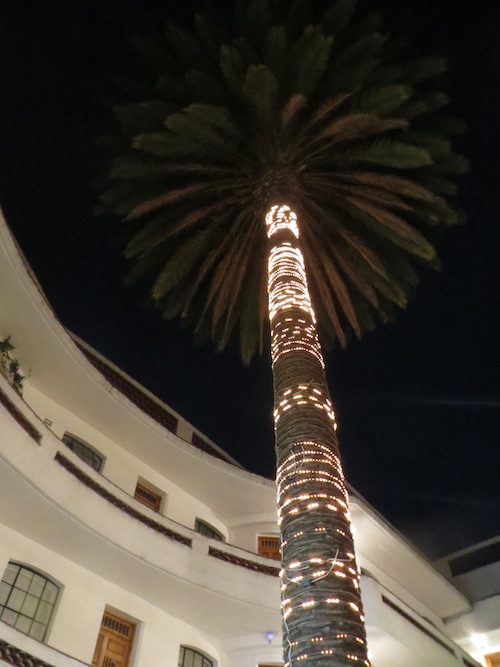 Verdict: My hot chocolate was served in a calabash shell. Really, it gets top marks just for that. They also offer a range of professional and amateur chocolate courses. Que Bo! Julio Verne No.104B, Polanco, Mexico City, Mexico

The beautiful hot chocolate at @bibelotsouthmelbou

The roof at #chadstoneshoppingcentre in #melbourne

Not quite a hot chocolate but it did bring back me

Just a little hot chocolate at @xocolatlcafe in #M

@adagracemelb has it’s garden on the ceiling. Lo

These guys were in our backyard last night. His na

Two for one today:) here is the hot chocolate I ha

I have had a lot of hot chocolates this year that