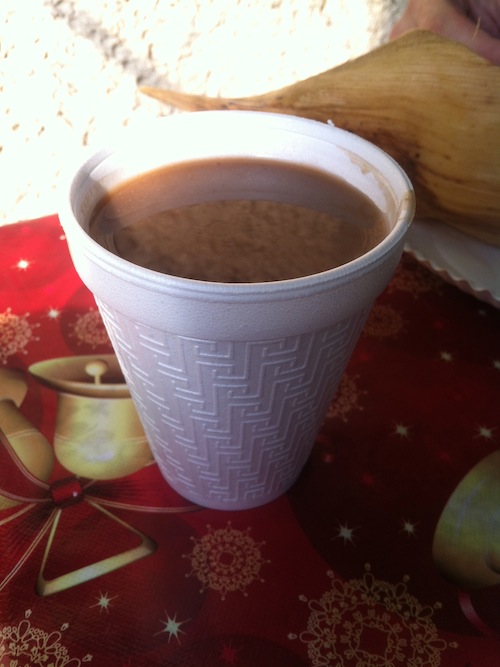 To make the most of our limited time in Mexico City, we decided to get a guide for the day to bring us around the historic centre. Luckily for us we got David who was energetic, extremely knowledgeable and was just what we needed. At 8.30am when he arrived to pick us up we mentioned that we hadn’t managed to grab breakfast yet. Not a problem he said “I’ll take you to the best tamales in Mexico City”.

We walked for 20 minutes through the colourful and very calm neighbourhoods of Condesa and then into Roma. Dona Emi’s was a tiny little spot with a very long line of people waiting to get their tamales. We joined the line up, but to our surprise David didn’t. He just walked right in like he owned the place. 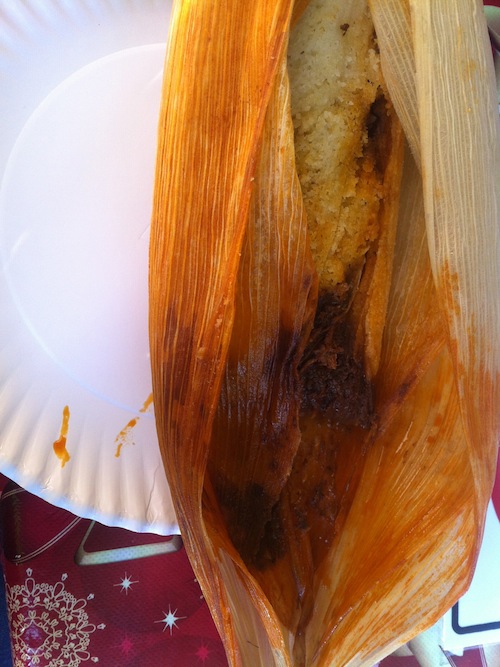 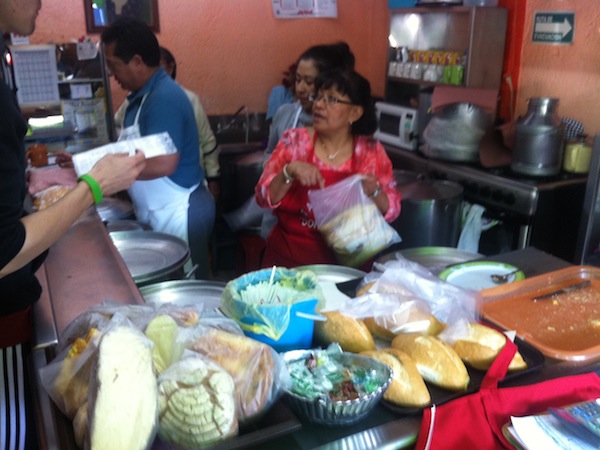 Turns out he kind of does! His great grandmother, Dona Emi, opened this spot 50 years ago. She recently died at the very respectable age of 100 so obviously there is something magical in those tamales of hers. Her family now keeps up the tradition, including David who used to work here back when he was in school.

Tamale (or tamal as they are known in English) are a traditional Mesoamerican dish made from corn masa filled with different meats or fruits and then wrapped in corn husk for cooking. The whole thing is then steamed and the corn husk discarded before eating. The family makes each tamale in the same way that the founder did, using artisanal processes and ingredients, bought in season, from the village that Dona Emi was from. My favourite tamales are the two classics, pollo con molle (chicken with molle) or pollo con salsa verde (chicken with green salsa). 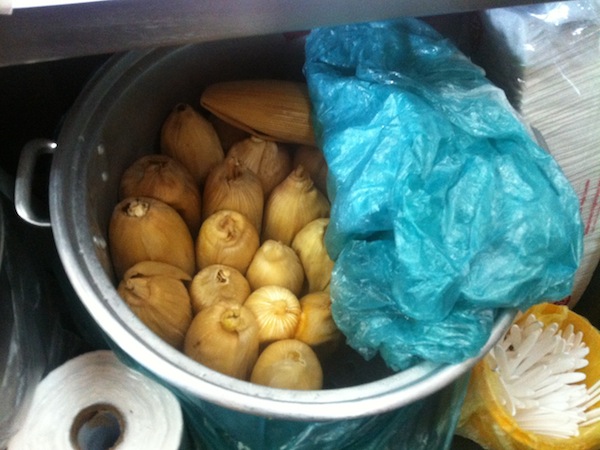 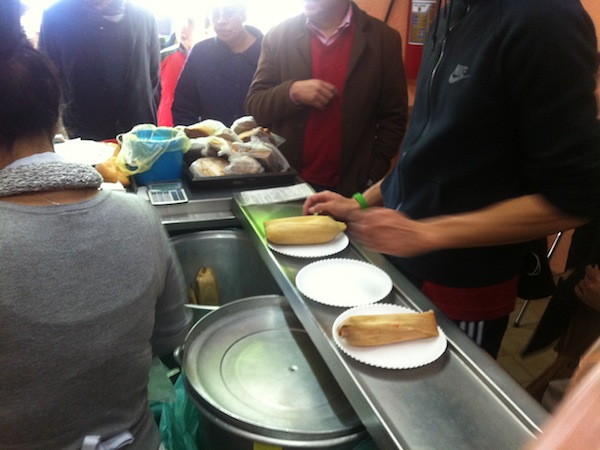 Many order an atole to accompany this, a drink made with water and corn, flavoured with different fruits such as guavas, mango or coconut. I was more interested in the champurrado however, a prehispanic hot chocolate, the perfect accompaniment to a tamale. David assured me that this is the best champurrado in the city although he may be just a little bit biased, not just because this is his family making it, but because he used to be in charge of making it when he used to work here. “It is very simple to make” he explained to me as I sipped mine “put the water on the fire, add some cinnamon sticks and let it boil. After you have let it boil for a bit, take a little of the boiling water and use it to thin out the corn masa and then pour that into the pot. Let it boil a little longer. Then add the chocolate, the best dark chocolate, from Oaxaca of course. Let it boil some more and just before you take it off the fire add the sugar”. The result is absolutely delicious. It has a unique texture, thick and sticky but in a very good way. It isn’t too heavy (despite the addition of corn). If you were to choose one hot chocolate to survive on, this would be it. I felt like a brand new, much improved and reinvigorated tourist after this magical combination (and this potion was only 15 pesos!). If it worked for Dona Emi, it certainly works for me. 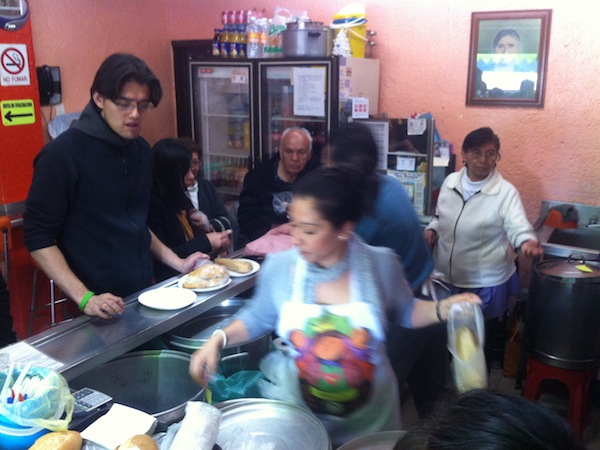 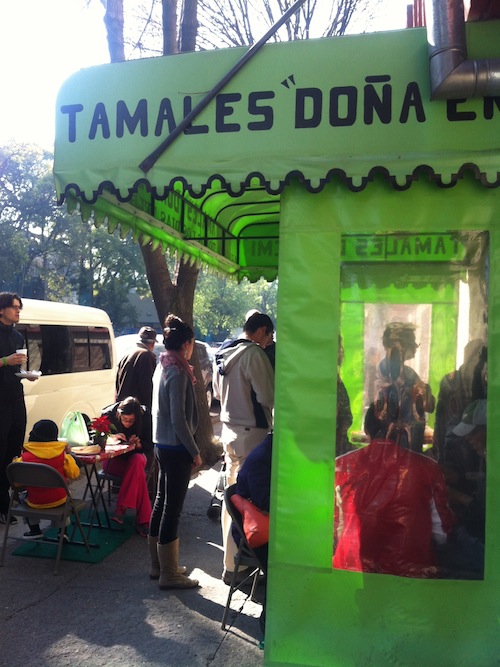 Verdict: What are you still doing here reading this. Go line up! If you want to get a bit of a feel for what it is like to visit Dona Emi’s watch these videos introducing the business, of the family making tamales. Dona Emi, Jalapa esquina Tlaxcala local B, Mexico City, Mexico