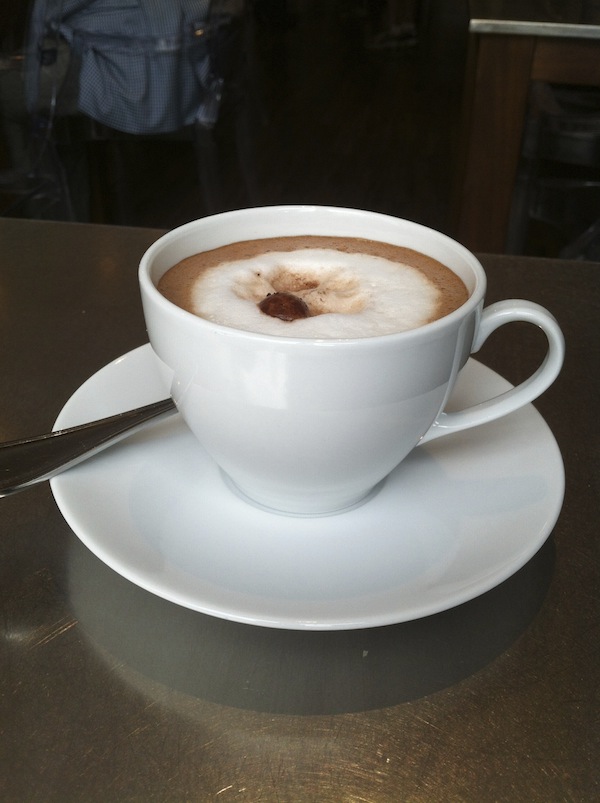 Old Montreal is the heart of the city. It is a relatively large area made up of a network of old cobblestoned streets, lined with churches, restaurants, stores and cafes in buildings dating from the 17th through 19th centuries. Throughout the day and late into the night street performers entertain the large crowds of locals and tourists alike.

But today we weren’t interested in any of this. We walked straight to Maison Christian Faure to have a pain au chocolat and a chocolat chaud. Christian Faure is French and a pastry chef, but not just any pastry chef. He has the title of Meilleur Ouvrier de France Glacier among the numerous other titles he has (including Best Pastry Chef of the world by The American Academy for Hospitality Sciences). He has worked at the Prince of Monaco’s Palace, and wowed VIPs at the Olympic Games in Vancouver and Salt Lake City. Luckily for the locals, in 2013 he set up shop here in the heart of Old Montreal, a small café/pastry shop upstairs with a pastry school teaching professional and amateur classes downstairs. 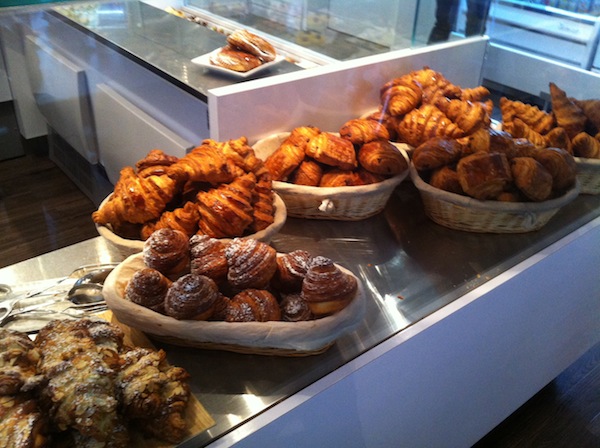 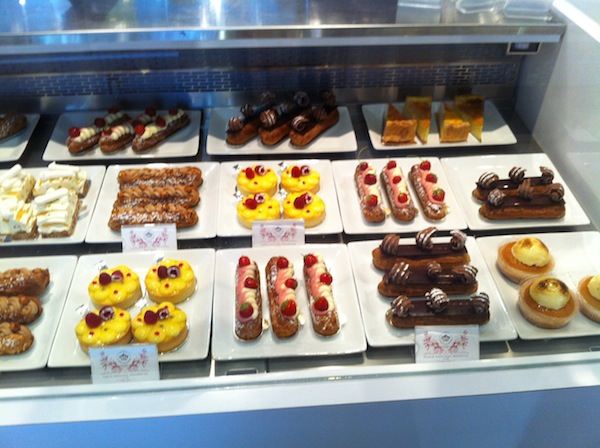 This morning there were no classes happening downstairs (if there had been I would have found a way to set myself up on the staircase to watch, perhaps under an invisibility cloak of some sort). So we headed upstairs and before we had even sat down or looked at a menu, I ordered a pain au chocolate et chocolat chaud. I have been craving a decent pain au chocolate for a while. When I lived in Paris I used to get one every single day on my way to work. I must have tried out 30 different places before settling on the one I liked the best. Since then, despite some good attempts at bakeries in other parts of the world I have visited, it just hasn’t been the same. This one however was perfect. It was light and flaky, with a generous amount of chocolate. All of their pastries looked perfect and everyone else around us had ordered a classic pastry of some sort. One very elegant woman was eating a pain au raisin, with obvious enjoyment. A few were eating croissants with extra butter (why not I say). It was early in the morning but they were also offering a range of less buttery but equally delicious looking lunch offerings.

The space inside is light and airy. An old stone wall runs along one side while the other is covered in intricate murals of very confident looking French pastry chefs standing in town squares surrounded by distinguished mademoiselles. The display of pastries looked almost too good to eat, as if they should be bought to decorate a table. A giant tower made of red, green and yellow macaroons stood proudly between the two display cases. They also sell a range of freshly made marshmellows, some flavoured teas. At the entrance, a large modern white statue of an antelope (why not I say again) greets you. 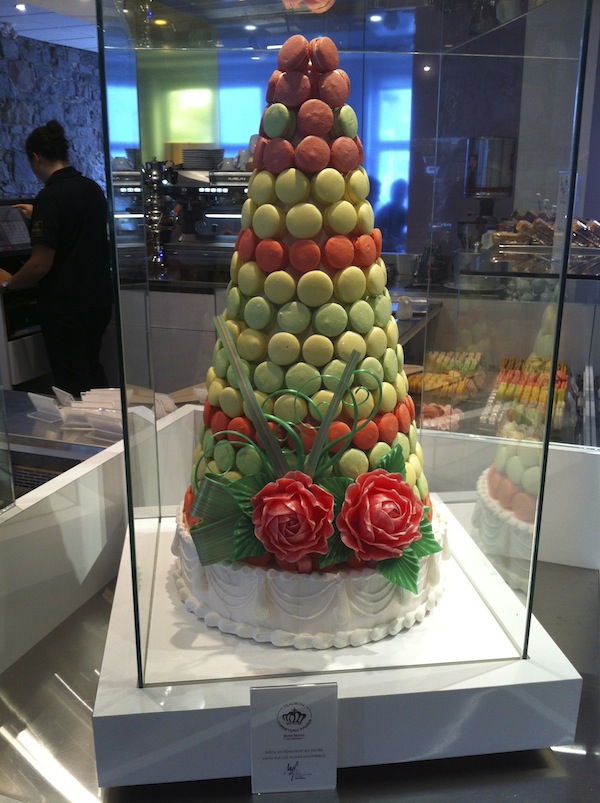 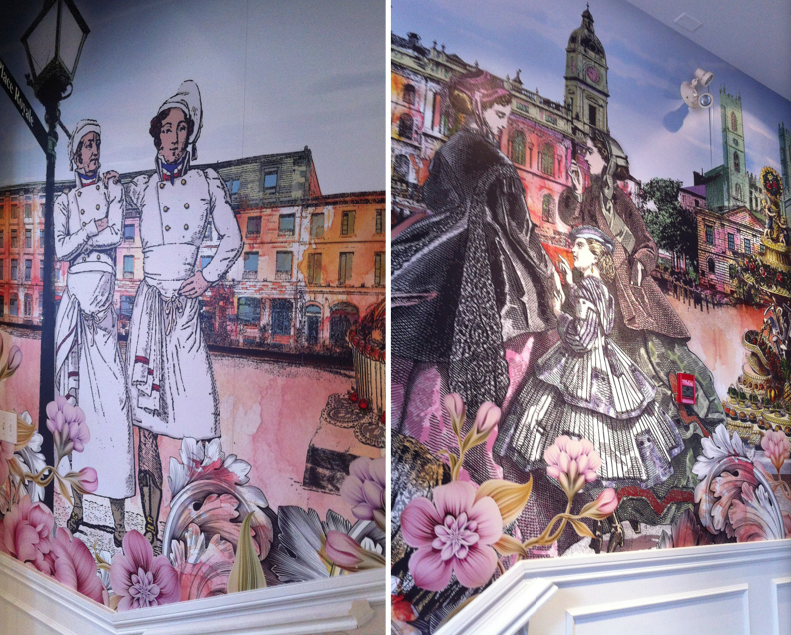 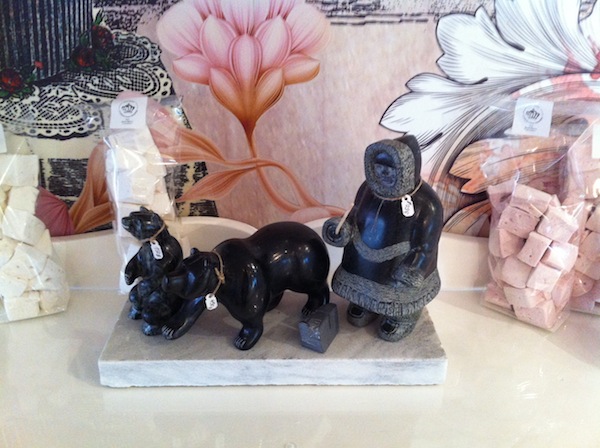 As I expected for a master of pastries from France, my hot chocolate was a perfect classic. Light and creamy, easy to drink, nothing too extravagant or rich, just a beautiful simple slightly bitter hot chocolate. I wasn’t the only one enjoying the hot chocolate (which interestingly enough wasn’t on the drinks menu). We were seated next to a table of people all enjoying their hot chocolates who looked like they were the organizers of a very cool festival. We couldn’t quite figure out which one by the bits of conversation we heard. Maybe the world famous Montreal Jazz Festival which takes place in Old Montreal and spills across the whole city? What a great combination. 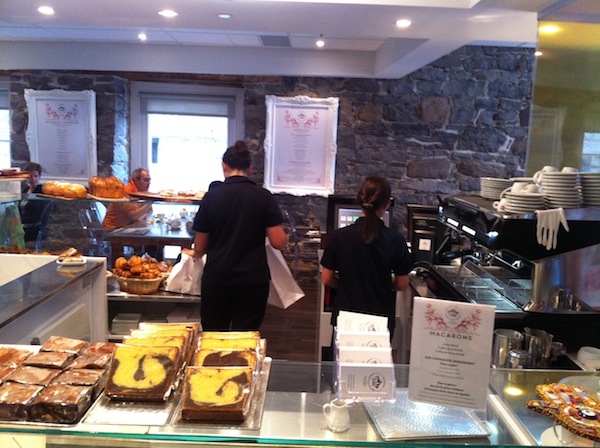 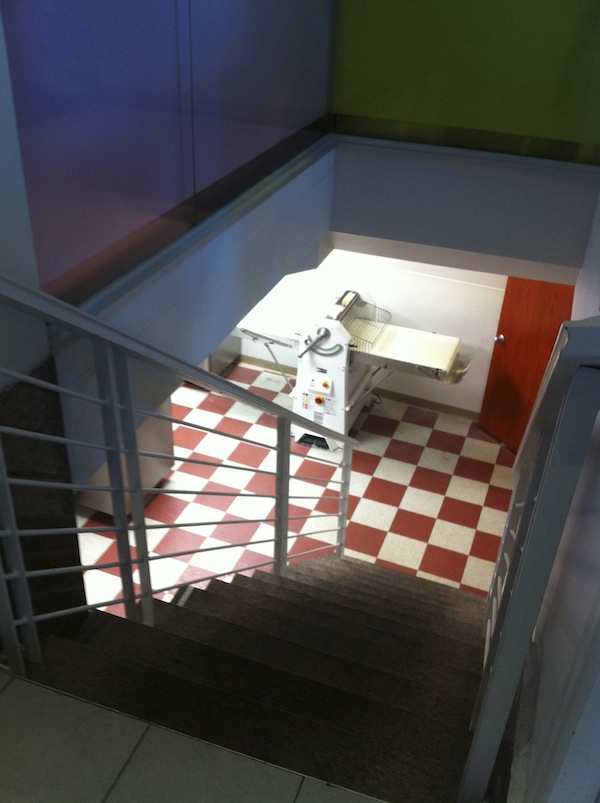 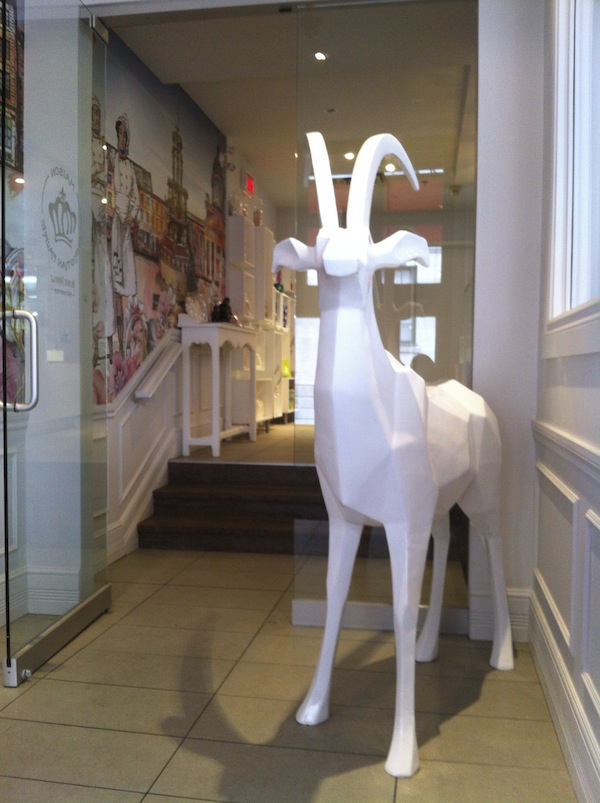 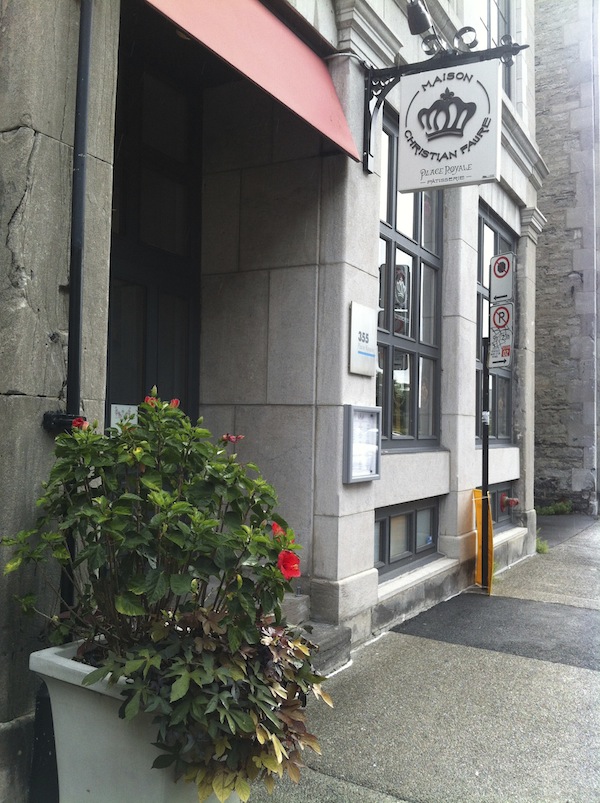 Verdict: A touch of the best of France in the heart of Old Montreal. Maison Christian Faure, 355 Place Royale, Montreal, Canada