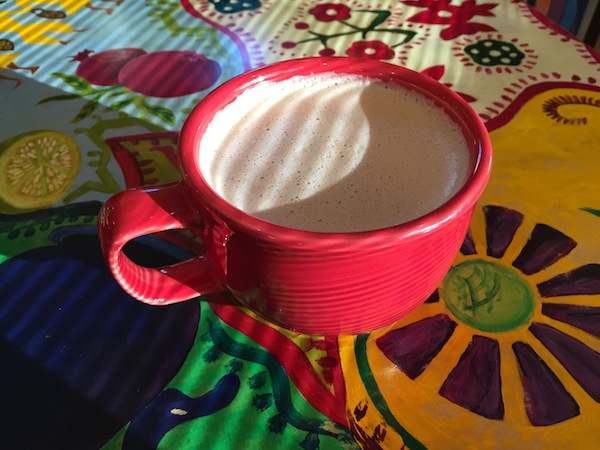 Pacha is located in a little house in the popular neighbourhood of Rosedale in Austin, not too far away from downtown. The outside of the building is painted bright yellow, like a ray of sunshine beckoning you in. And it does its job of beckoning well as the place was full each time we visited, full of people there for the incredible home made food, the coffee or in my case (and I suspect many other people’s case) the delicious hot chocolate.

Pacha is named after Pachamama, a goddess of the Andes often described as a fertility goddess. In Bolivia she is a power of the earth and can cause both natural destruction as well as growth and rebirth. The word Pacha itself is a Quechua word often translated as earth or world. Pacha, the café, started its life in 2000 as a store that sold coffee as well as crafts from South America. Very quickly it was apparent that the coffee and food were more popular than the crafts, and became the focus. But the colours of South America stayed and are part of what makes this little café so unique. The tables are all beautifully painted (one was painted by the first owners). The tables out back are all multi-coloured mosaics. I love colour so there was little chance that I wasn’t going to love Pacha. It is truly a celebration of colour.

But that isn’t all that Pacha celebrates. It also celebrates food, all homemade and judging by the empty plates, delicious. Most of the items were vegetarian with quite a few vegan and gluten free options. The pancakes were very popular (for something a bit different try the pear and bacon with green onions) or the sourdough French toast served with maple espresso pecan butter (is it all three together or three separate, either way I’d combine them!) 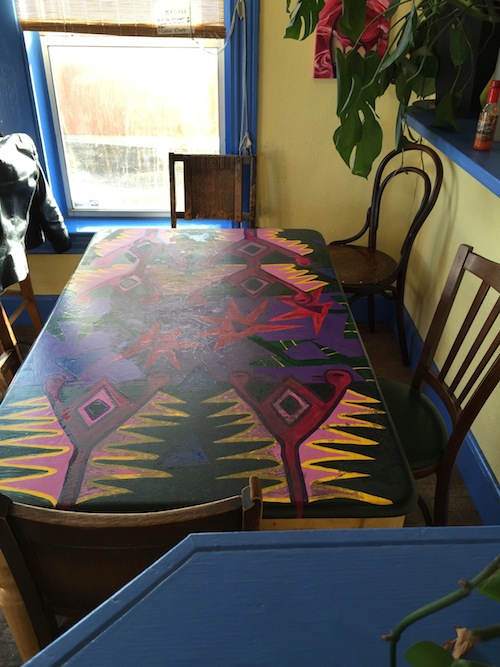 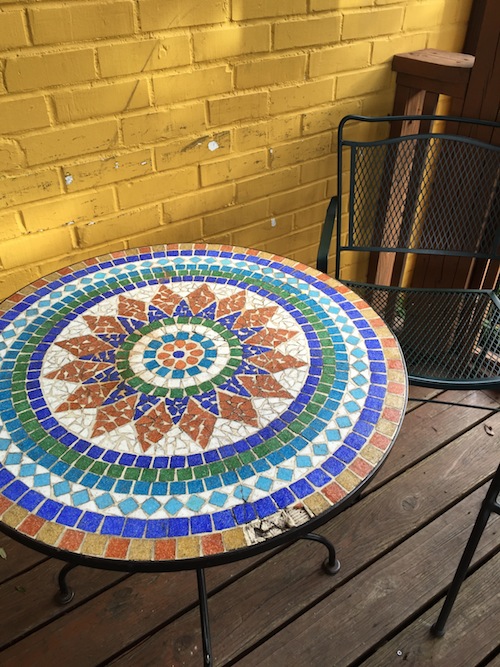 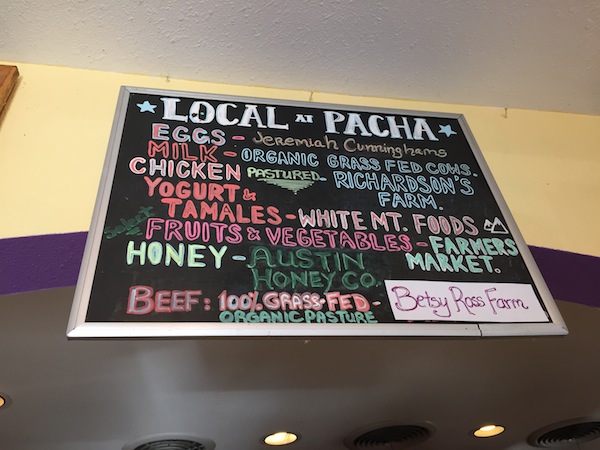 Marjorie and David, the current owners who bought the café in 2008, feel that it is important to compensate those who produce the beautiful products they use to create their foods for their labor. Ninety percent of all the ingredients they use are organic and a lot of them are locally sourced. Their website has a full list of everywhere they source their ingredients from including, but not limited to, honey from Austin Honey Co., eggs from Cayote Creek right in Austin, fruits and vegetables from the farmers market stalls including Johnson’s Backyard Garden, Simmons Family Farms. Rich’s coffee came from Texas Coffee Traders which roasts and supplies organic and fair trade coffee beans.

My hot chocolate had its story too. The milk came from ‘happy grass-fed cows’ from County Linen Farm and Richardson’s Farm both in Texas. It was heated and added to organic and fair-trade chocolate from the Dominican Republic (Mocafe). Two hot chocolates were offered, a dark one and a Mexican one. The Mexican one was really nice, it had a bit of a rustic feel with a mix of spices including cinnamon and vanilla. 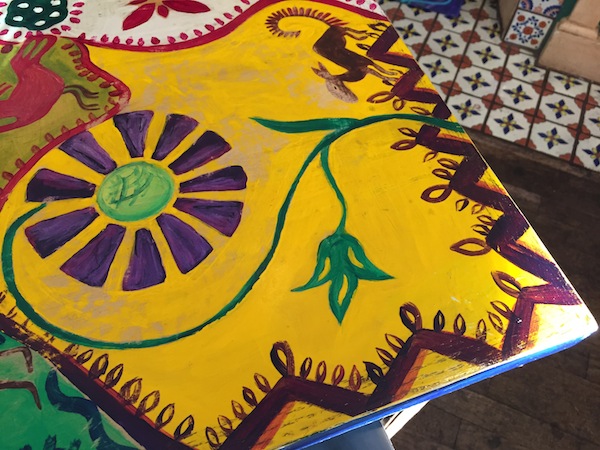 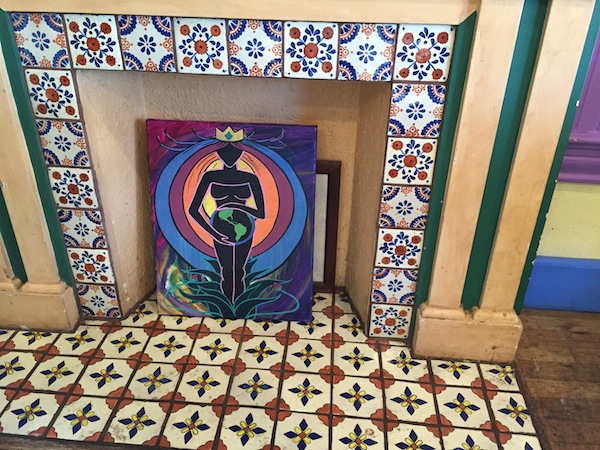 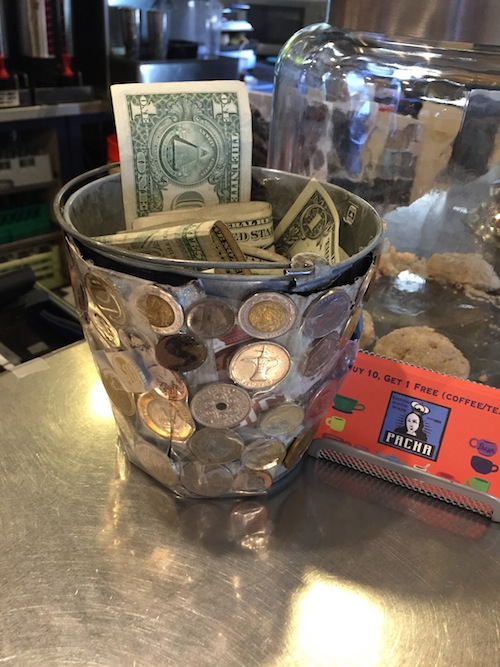 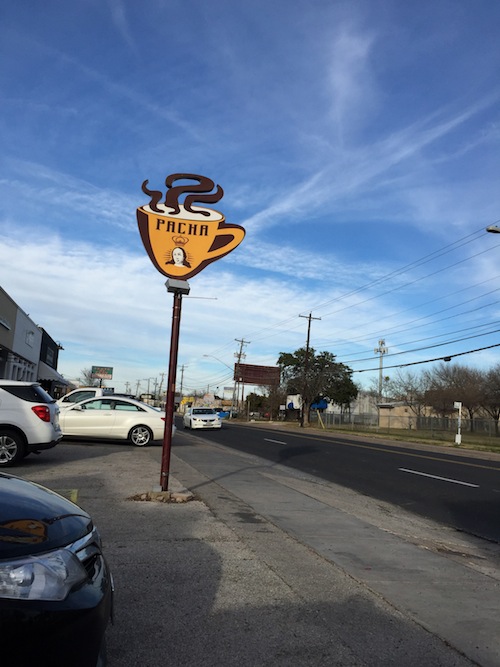 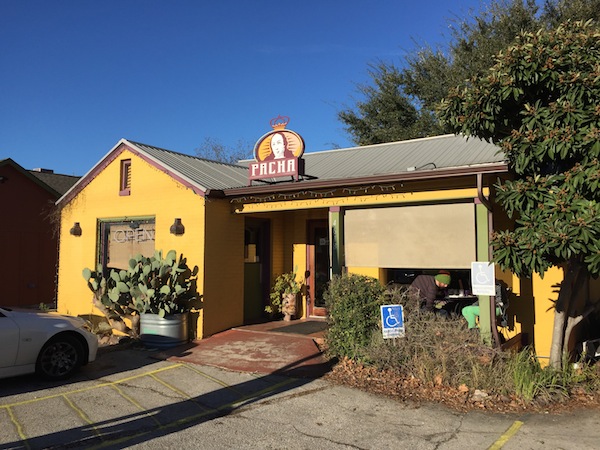 Verdict: A worthy local business to support because it not only practices what it preaches, but also because of all its tasty products. The Mexican hot chocolate is worth a detour regardless of where you are in the city. Pacha, 4618 Burnet Rd, Austin, Texas, USA