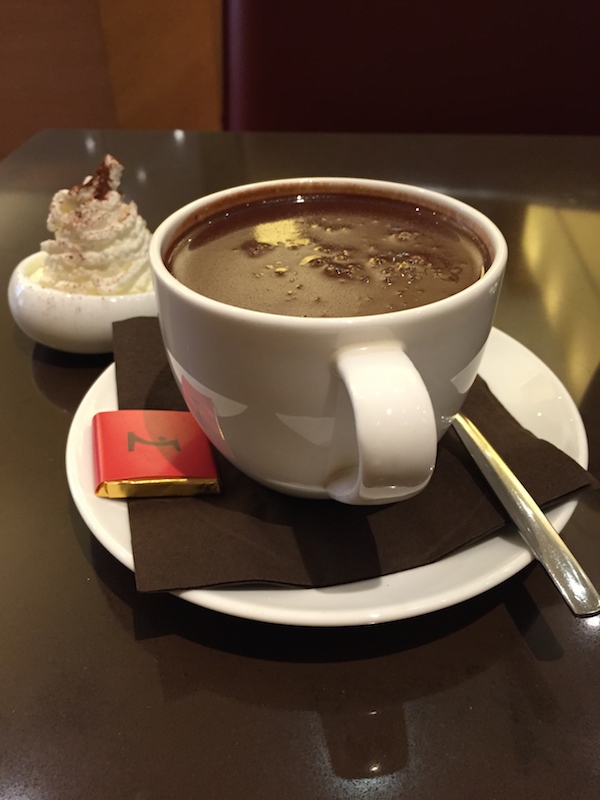 La Maison du Chocolat is an institution. It was founded in 1977 by Robert Linxe who was born in the French Basque region. He learnt his art in Bayonne and in Switzerland before moving to Paris to open his first boutique in an old wine cellar which provided the idea conditions for preserving chocolates. Today he has several stores around the world, including one in New York City right in the middle of Wall Street.

Wall Street is a 1.1km stretch which is home to the New York Stock Exchange and NASDAQ, two of the two largest stock exchanges in the world. Not surprisingly, there was a buzz of fast walking suits whizzing past the front door of La Maison du Chocolat when I arrived at 10am sharp as they opened their doors. A handsome man wearing a black suit greeted me and escorted me to the back of the shop where a small café has been set up with room for perhaps 10. The menu is dominated by chocolate including two hot chocolates. Today they were offering the Caracas, so I put my order in and relaxed into my seat. 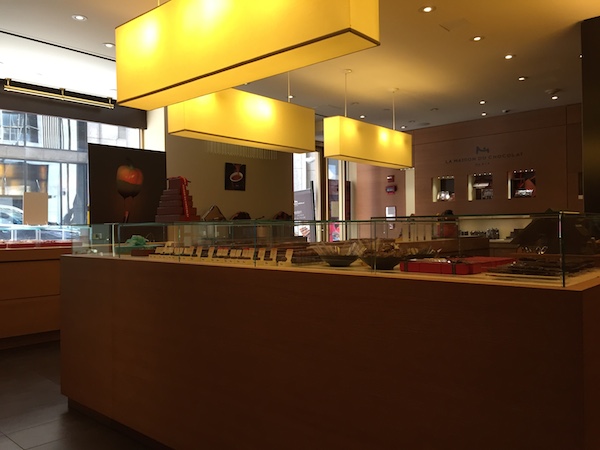 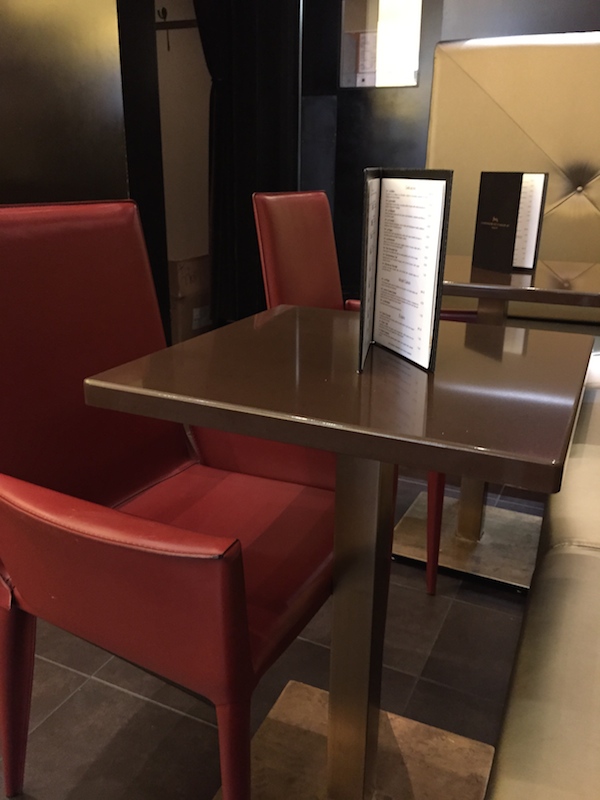 In Paris I suspect I would have to fight for a seat in this café, but here I was, the only one. New York City and in particular the bankers on Wall Street are much too busy to sit or completely unaware of how lucky they are to have this store on their door step. New Yorkers don’t seem to value sitting down and taking time to enjoying something slowly. This hot chocolate is too good for takeaway cups.

My hot chocolate arrived and was perfect in its simplicity. It was served in a white china cup, on a white saucer accompanied by a single dark brown napkin that matched the brown décor throughout the store. On the side the man placed a tiny white bowl with a large spoonful of whipped cream. “Here you go madam, please enjoy Madam”. He called me madam about 20 times while I was there. It made me feel a bit like royalty, like this is where French chocolate royalty would be if they were here. The woman in charge looked like she may be used to preparing chocolate for French royalty, and walked around the place exuding an air of expertise and sophistication. ‘Je ne veux pas travailler’ (I don’t want to work) was playing on the stereo as I sat there, totally appropriate for me this morning. I made my hot chocolate last as long as I could. 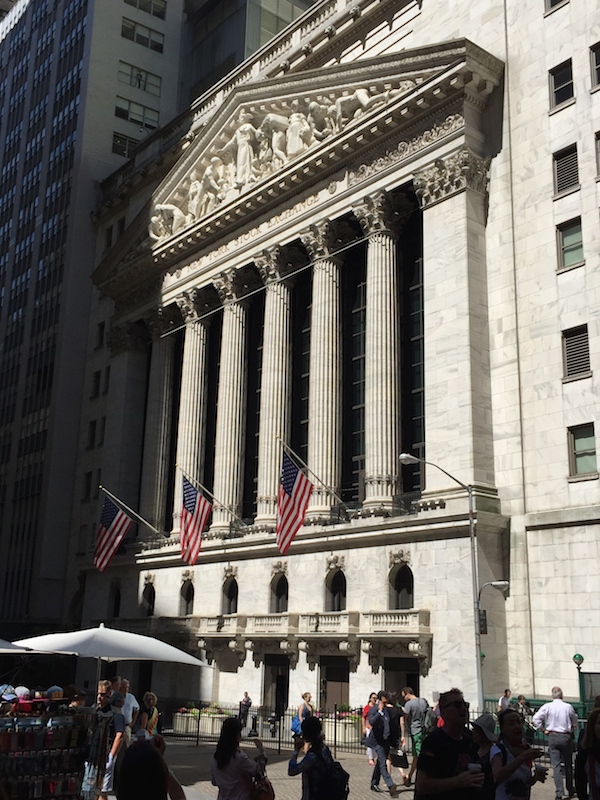 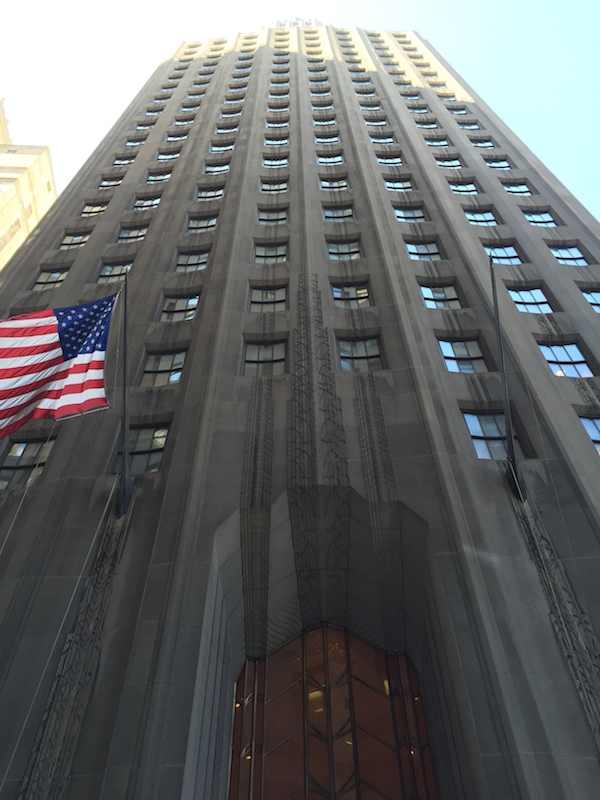 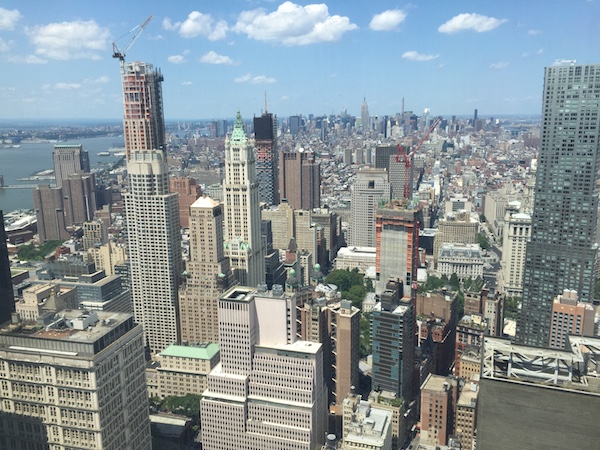 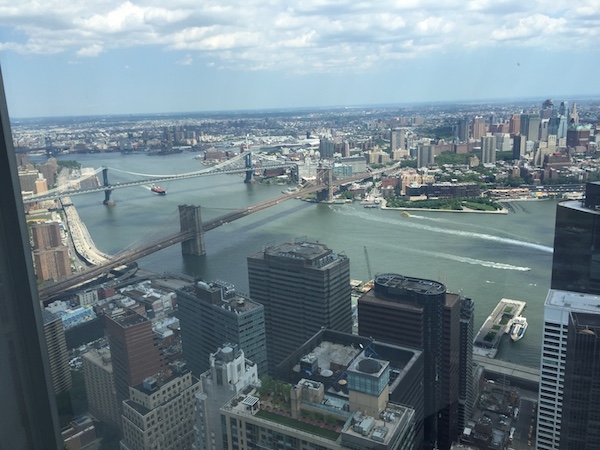