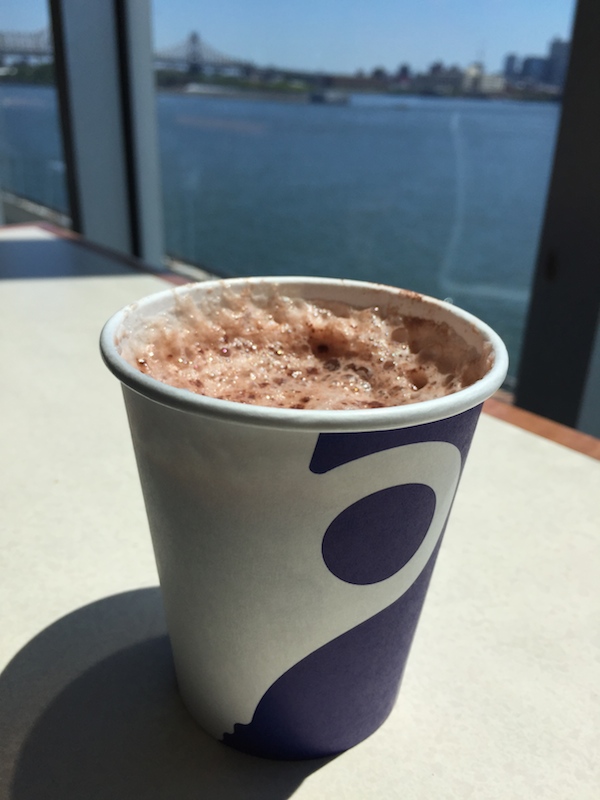 The UN Headquarter building is not just a place where people work, it is a tourist attraction with thousands of visitors a year. Designed by Oscar Niemeyer and Le Corbusier, a large area of the building is open to visitors and has a range of regularly changing art exhibitions from around the world. Spread throughout this section, and the rest of the buildings, are stunning statues and works of art from around the world, donated by different national governments and sitting proudly on pedestals throughout the hallways for all to admire. The newly renovated General Assembly room can be viewed from this tourist area, but you need a badge, or perhaps a reservation on one of their tours, to actually stand inside of it. 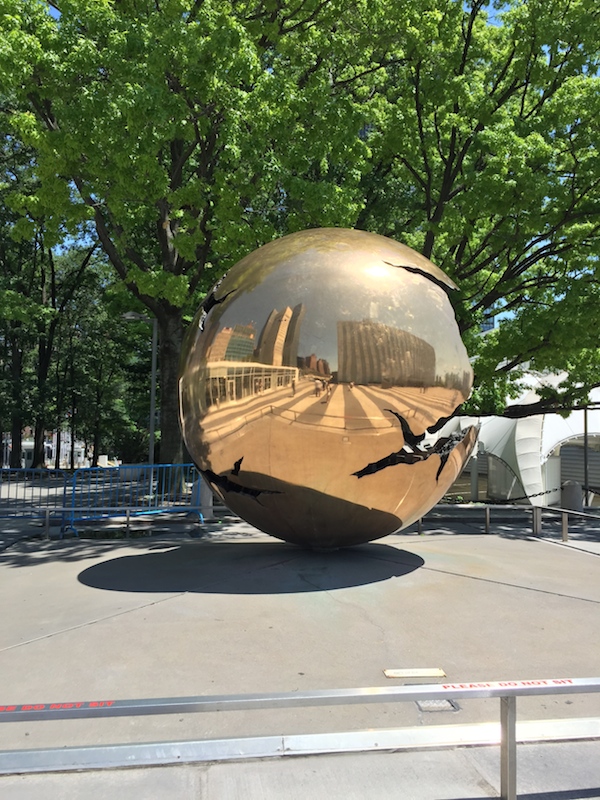 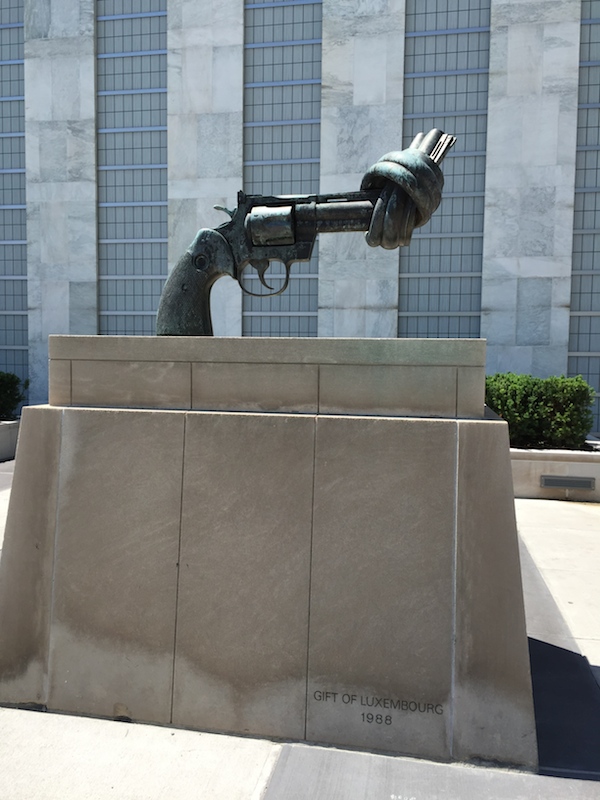 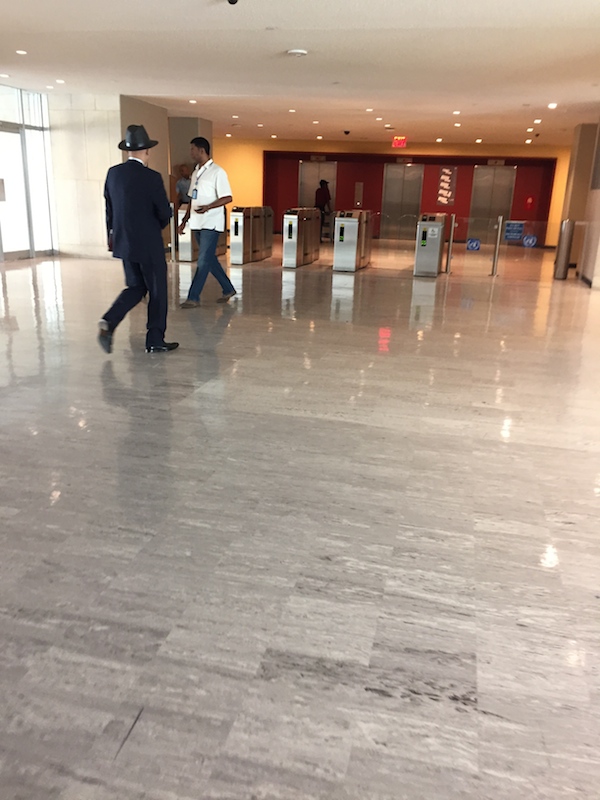 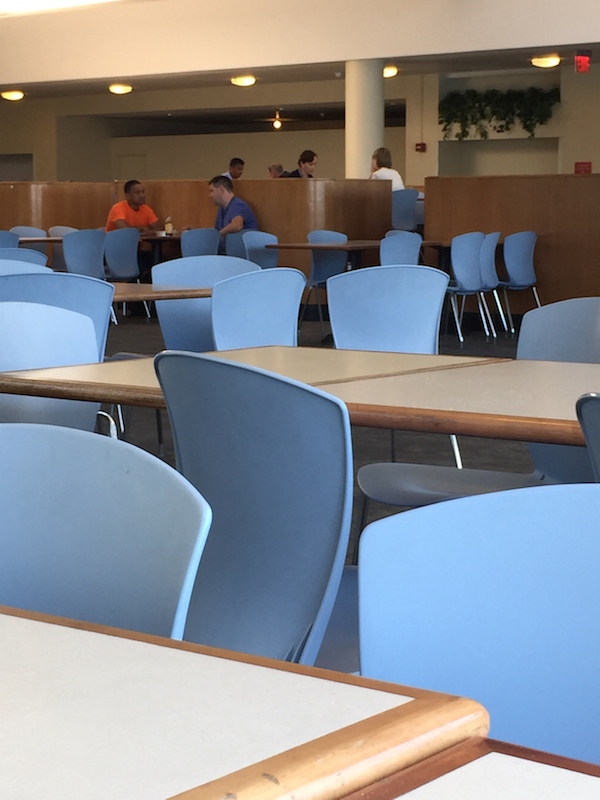 The staff cafeteria is on the opposite side of the building to the tourist entrance through a second security access. I maneuvered past groups of tourists (over 1 million of them visit Headquarters every year) who were taking pictures of everything around them. Secretary General Ban Ki Moon walked past me incognito wearing a hat, but no one even noticed as they were so busy snapping pictures of everything but the most important man of the house.

New York City has had a significant influence on the UN cafeteria. Other UN agencies have very international menus but here there are soups, a salad bar and sandwiches. There is a special curry of the day (goat) and a sushi bar (where I ordered my lunch) as well as a coffee counter where I ordered my hot chocolate.

I choose a table right next to the window with a view of the water. All the tables are white and all the chairs a light blue (matching the UN flag). This chocolate was obviously made from a slightly (but not too) sweetened powder, whole milk with a nice frothy top and a sprinkling of chocolate powder to finish it off. I spent most of lunch thinking about what kind of hot chocolate they perhaps should have at the UN. So many choices to pick from. A thick shot of chocolate Spanish style or a lighter version from France. A deep and decadent Australian hot chocolate or a chili hot chocolate from Mexico. But this is the UN, one cannot show favoritism. I go back to the café counter and asked the woman there what kind of chocolate they used. “The chocolate is Swiss”. Hmm, go figure. 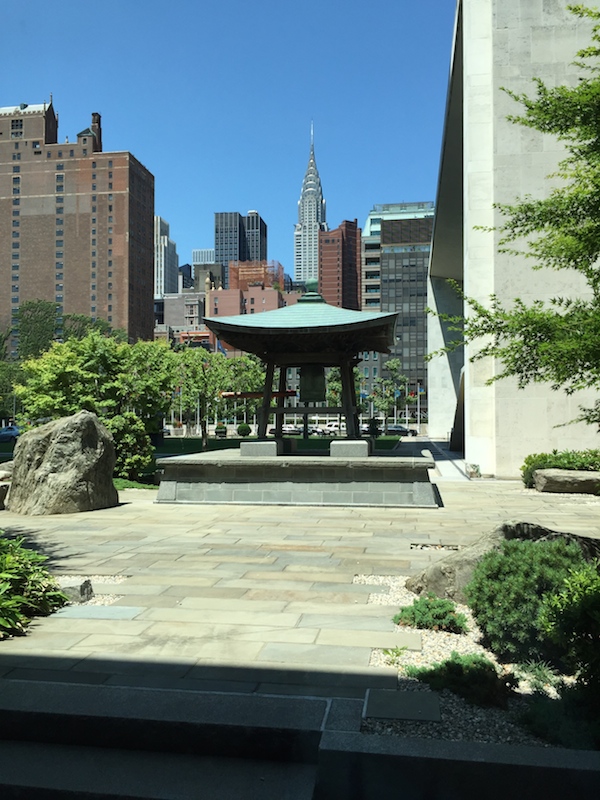 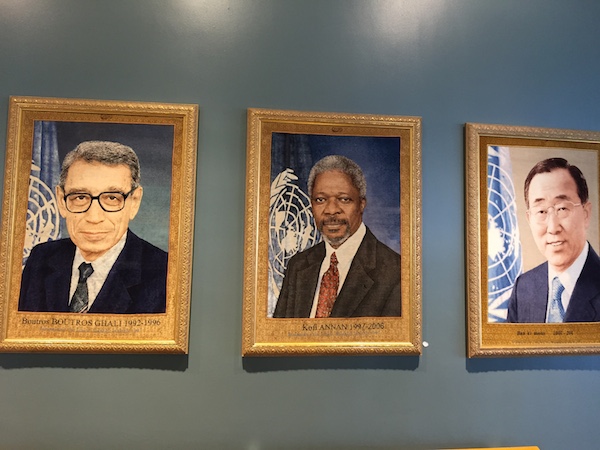 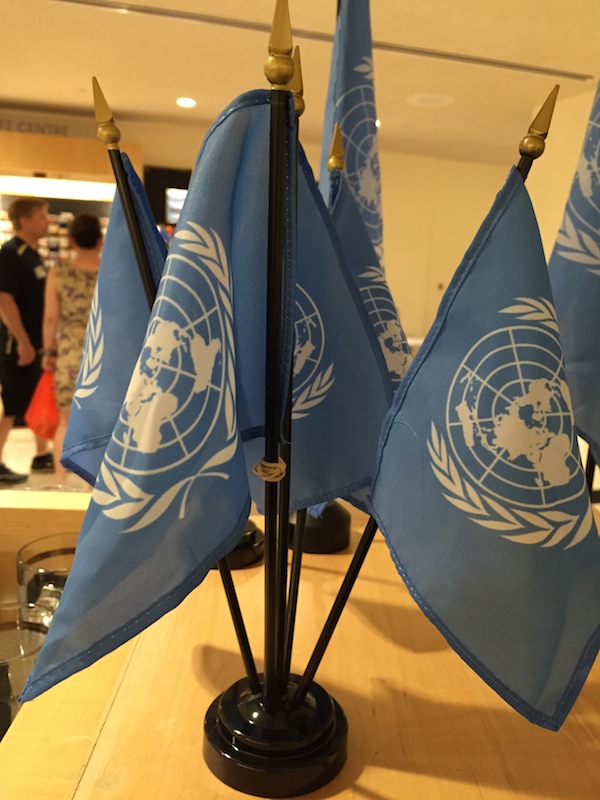 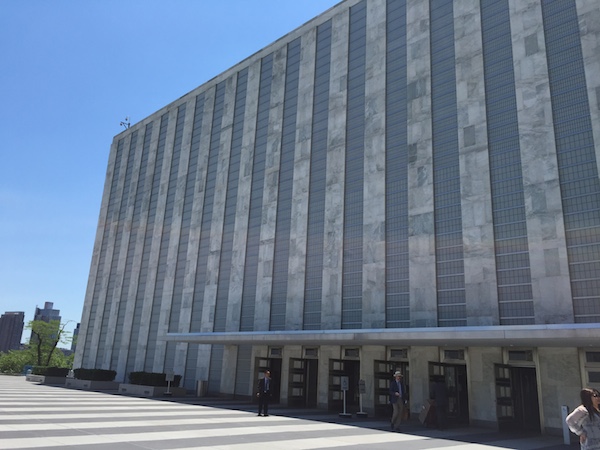 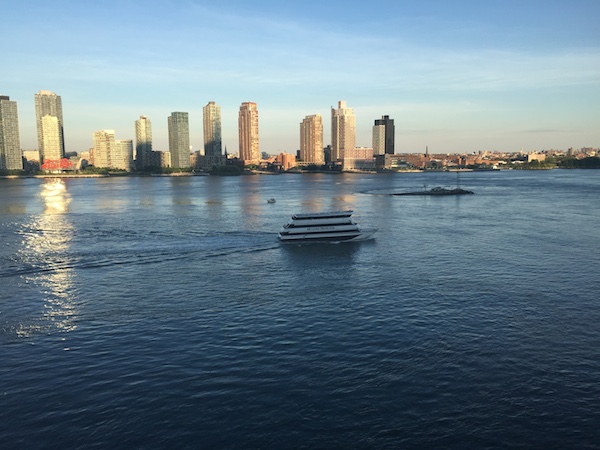 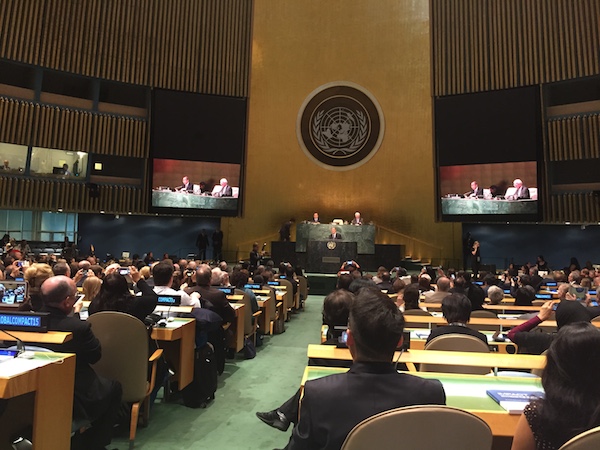 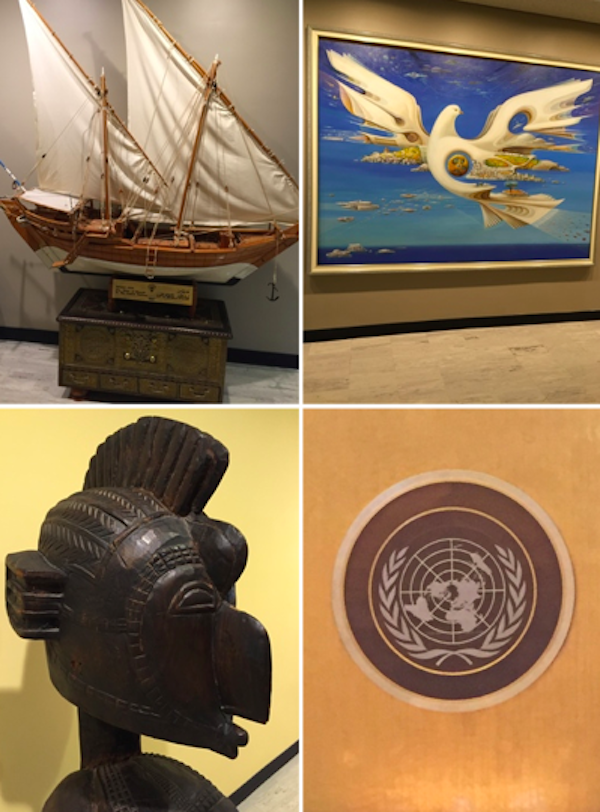 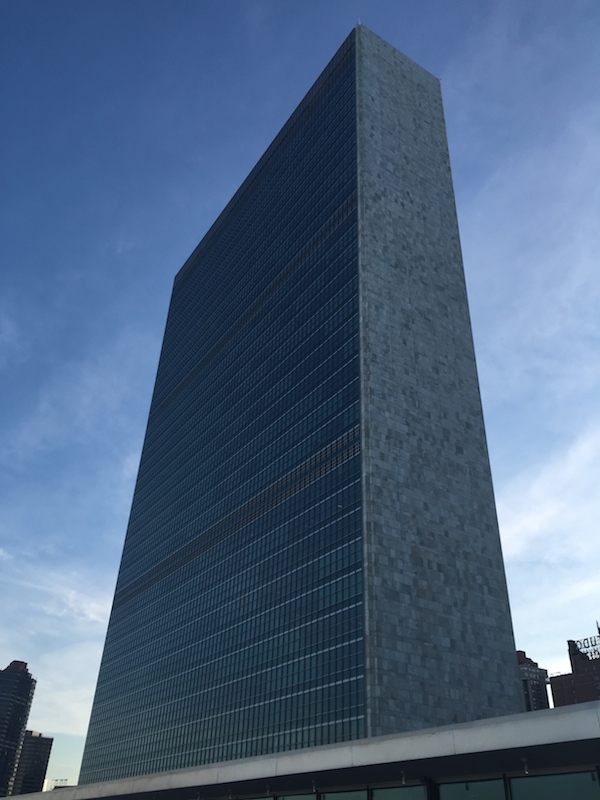 Verdict: Not really worth the detour for a hot chocolate but the views are spectacular and the UN building should be a part of any trip to New York. United Nations Headquarters, 760 United Nations Plaza, New York City, USA