A Walk Along the High Line and a Hot Chocolate at The Standard, New York, USA 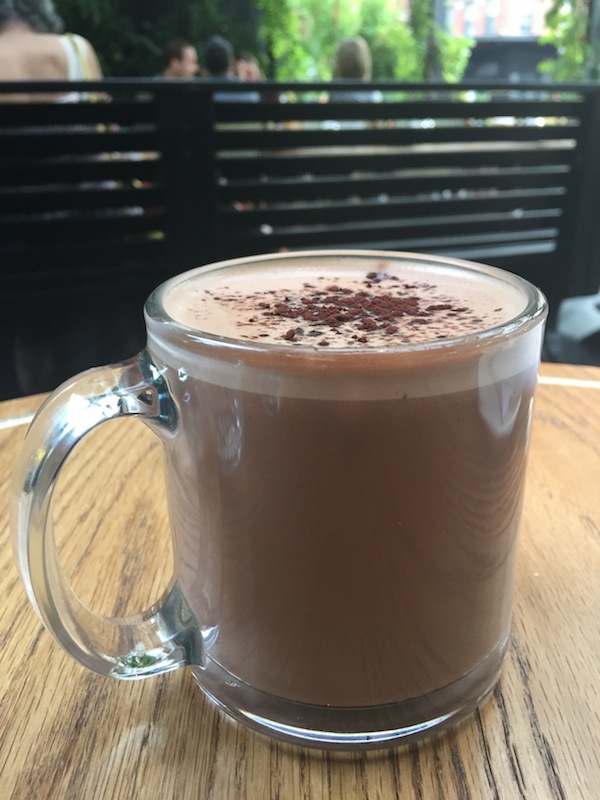 A few years ago we walked along the High Line, north to south, on a beautiful Friday afternoon. The High Line is a 1.45 mile-long park built on an old elevated section of now disused railway line, that’s open from 7am to 11pm daily. It is covered in plants and trees, and has plenty of benches and chairs to sit and enjoy this unique space. I remember that walk clearly because during our walk, we encountered a large group of zombies, yes zombies. There must have been 50 of them, painfully dragging themselves, or what remained of themselves, along the walkway, terrifying many of the tourists. The New Yorkers hardly reacted, as if seeing a swarm of zombies on the High Line was completely normal…and perhaps it is in New York. They looked pretty legit, and not one even hinted at a smile. They were taking their role very seriously. I couldn’t tell if they were multiplying as we walked, but they didn’t seem interested in us luckily, and we survived but felt at that point that we needed a drink, something with bubbles. 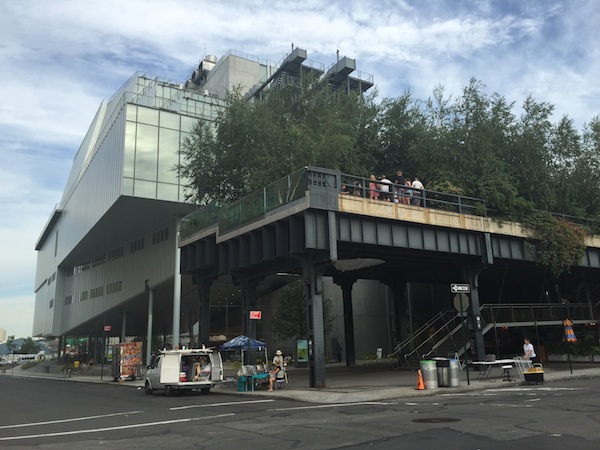 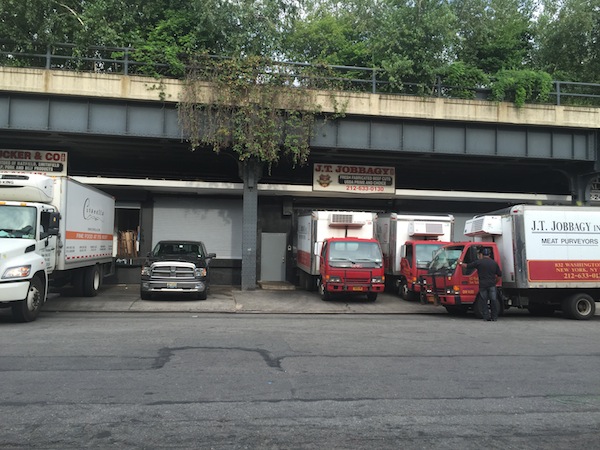 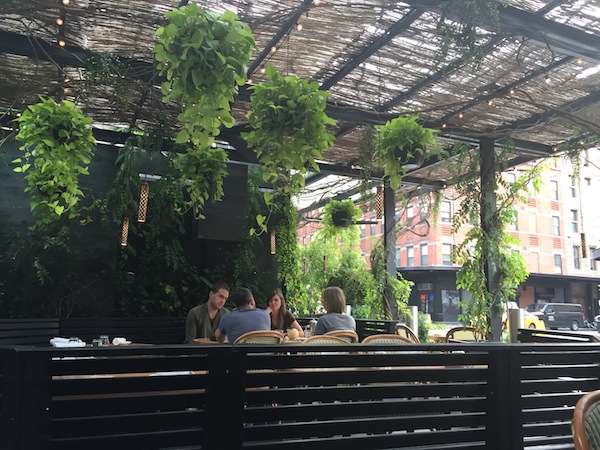 So at the end of the High Line we walked down the stairs back to terra firma, and chose the most popular place around, the bar of The Standard hotel. Watching the guest of the hotel entering the lobby, girls on bachelor parties, families with small kids, you would never guess that a room will set you back at least $500 a night. The hotel bridges over the High Line, and every room has an incredible view of the city, explaining the high price tag. “It’s at least a one hour wait” the host told us, frustrated that people kept asking her this question and watching as others tried to jump the line by claiming recently opened up tables and being swiftly kicked off. Karma intervened, as a black cloud suddenly appeared and the skies opened up and dumped one of those rainstorms upon us that no umbrella in the world could stand up to. That day, it clearly wasn’t to be.

Fast forward a couple of years, and this morning I am back in the Meatpacking District and by chance found myself back at The Standard. Rather than the busy area where we were hoping to sit for drinks last time, I made my way to a beautiful terrace covered in lush green vines and fairy lights. The menu prices reflect the demographic of the place, and everything is a couple of dollars more than it is across the street. I ordered a breakfast sandwhich with eggs, bacon and tomato, and of course a hot chocolate. This is the perfect place to watch the Meatpacking district wake up. The 20th century saw this area as a large open-air meat market covering the cobblestone streets that still remain today. A few actual meatpackers remain and early in the morning you can watch them loading and unloading. But there are now only a few of them, and in place of the others are restaurants of all shapes and sizes, as well as numerous luxury clothing stores. 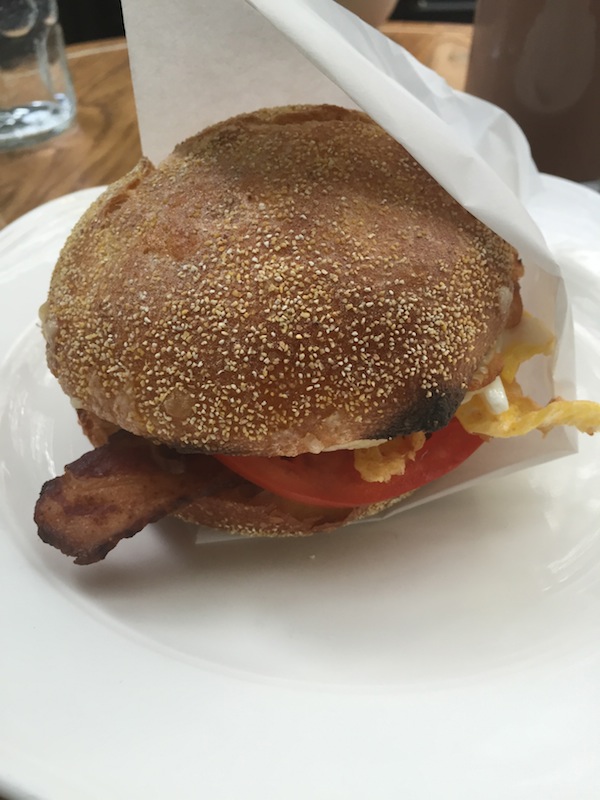 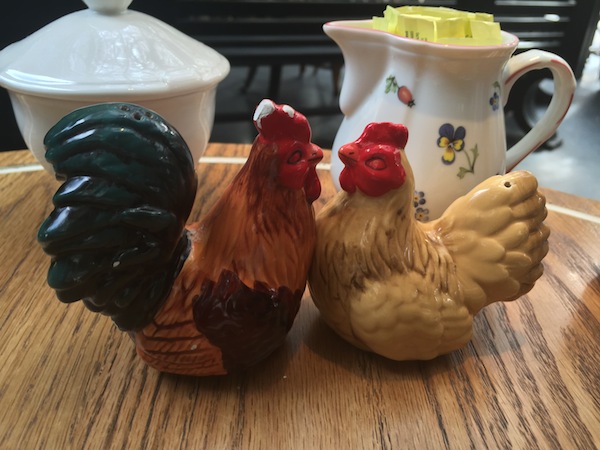 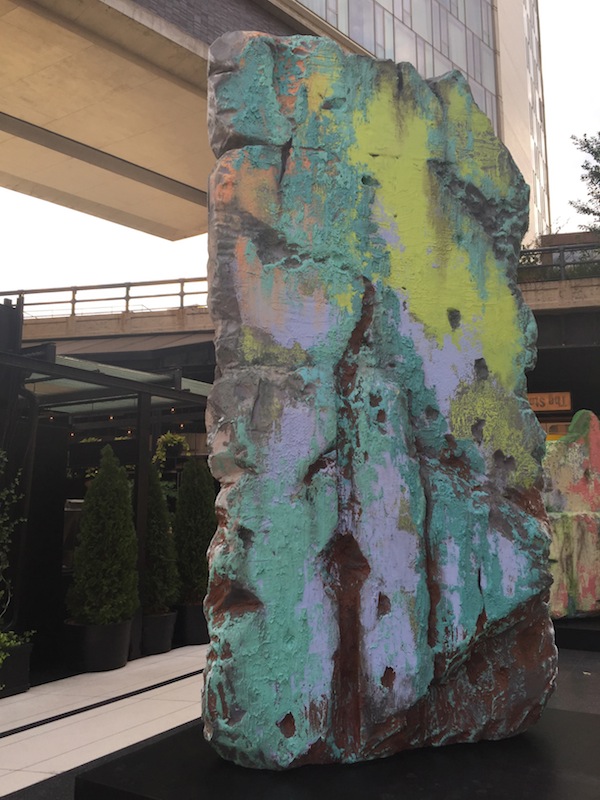 Today this small area is known for its nightlife, but in the early morning it has another magic. As tourists already started to swarm around the door to the newly opened Whitney Museum of American Art, the world’s leading museum of 20th century and contemporary art of the US (they still have a few hours to wait as it opens at 10.30am), dozens of trucks were either dropping off boxes at the different luxury clothing stores in the area or fresh supplies to the restaurants and bars.

In the 30 or so minutes I was sitting there I had 5 different waiters serving me, all wearing blue plaid skirts. My breakfast sandwich was really good (which it needed to be for the price). The hot chocolate is dark cocoa and surprisingly nice. 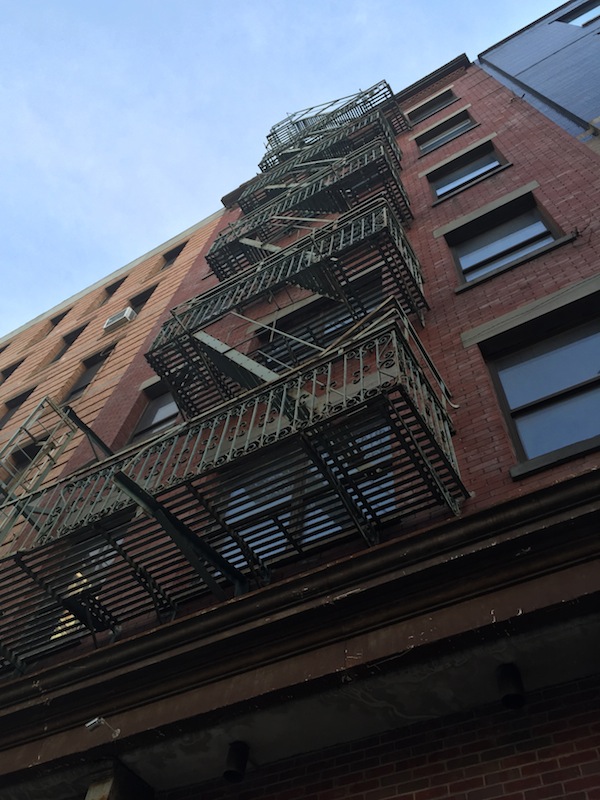 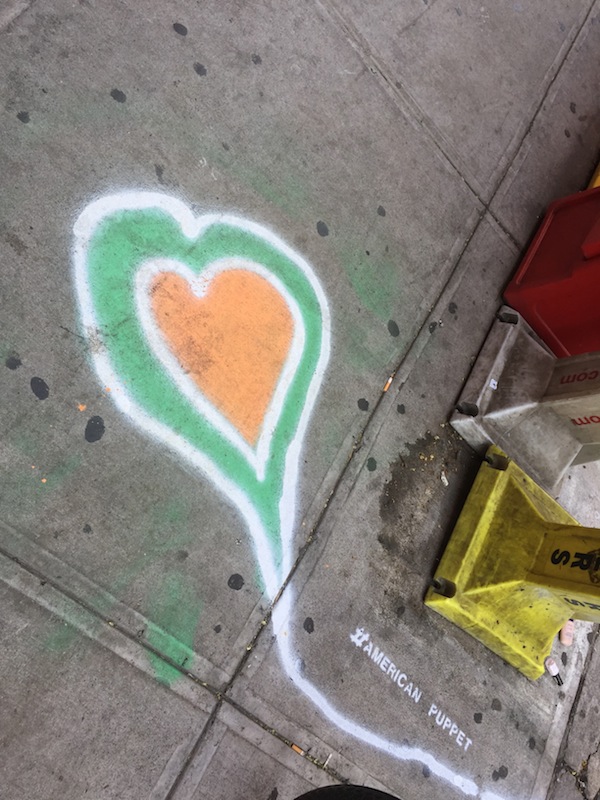 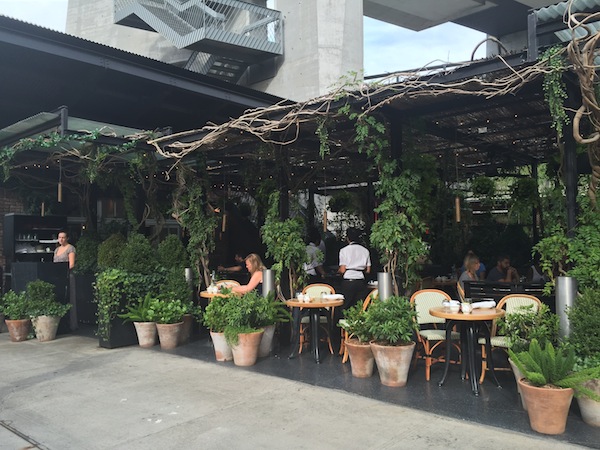 Verdict: This lush terrace is a perfect spot to watch the Meatpacking district wake up and is the atmosphere is worth the extra couple of dollars. Inside is equally charming. The hot chocolate is a good pick. (Price: $7) The Standard, 848 Washington at 13th Street, New York City, USA