Barbarians, lots of skin and a hot chocolate at the Renaissance Festival, Houston, USA 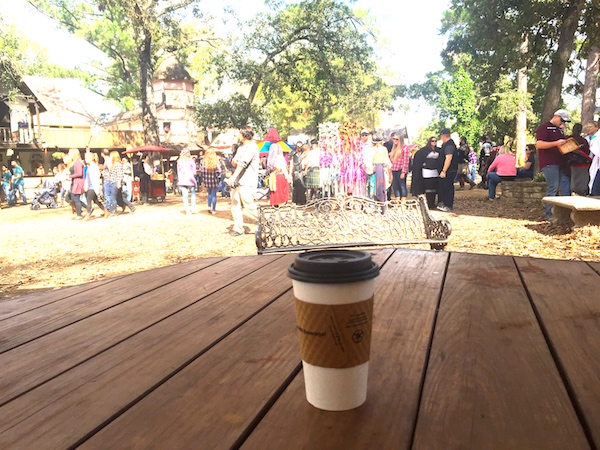 Today we discovered the most incredible thing. Deep in the forest, miles away from the city of Houston, is a world that magically appears for one month a year. This world is called the Renaissance Festival, and apparently they have them all around the world but, not surprisingly, this one in Texas is the biggest in the US. Despite being surrounded by many individuals in costumes, or perhaps in their normal clothes, we ventured in to take a look. An extremely full bosomed fairy gave Rich a big fat kiss on the cheek as we entered this fully formed village in the forest, one that looks like it is a permanent feature in the forest. 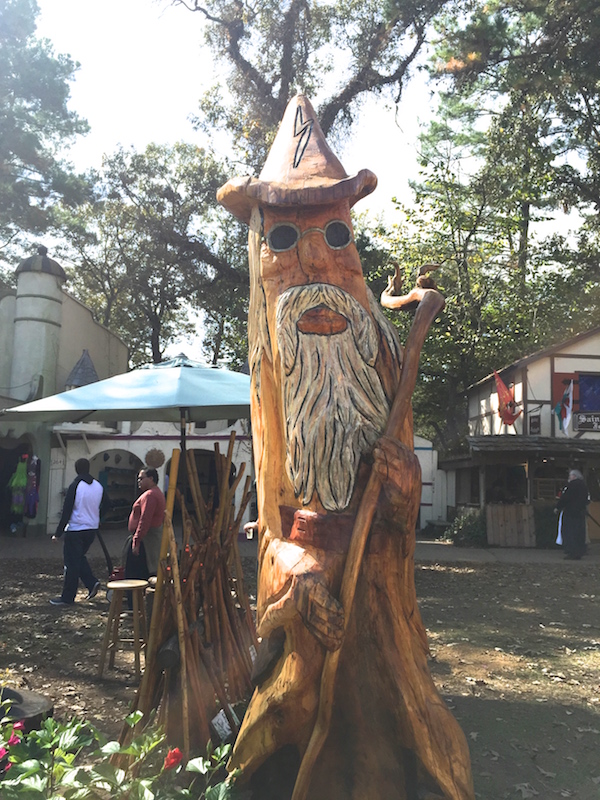 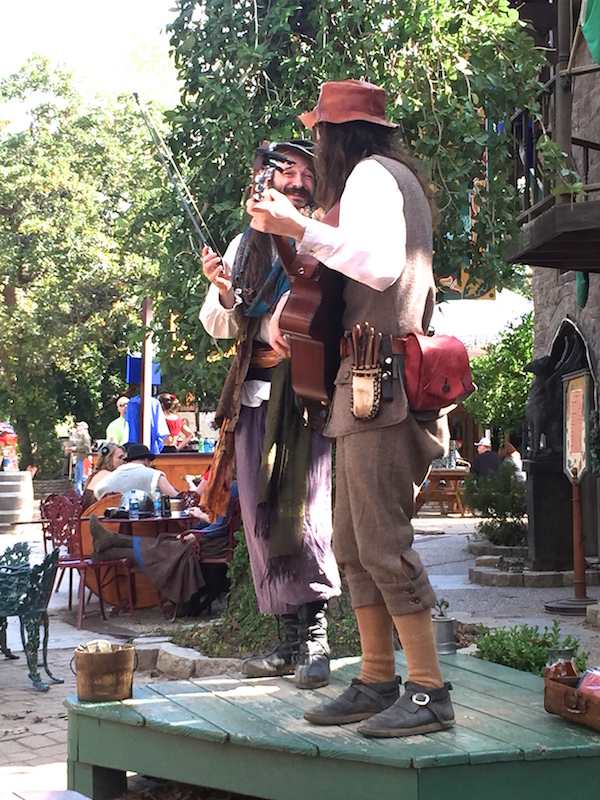 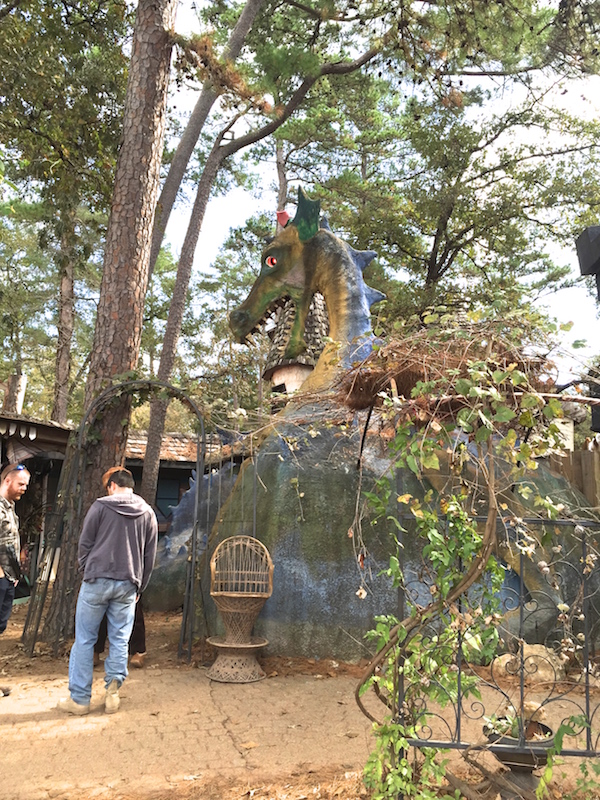 And hers weren’t the only bosom we were presented with. Our first three observations at the Renaissance Festival are that first, most of those that attend are dressed up in costumes of some sort and really own those costumes. They walk, talk and act like that costume is no costume at all but a perfectly normal part of their every day life. Second, most of these costumes show large amounts of skin. Male or female, there was skin everywhere. Renaissance dresses seem to find non-existent breasts and push them up so high up that I feared many would just take off and fly away. Renaissance obviously invented Victoria Secret. Third, we were completely confused as to what exactly Renaissance is. There were fairies and romans and barbarians, and belly dancers, and some robots too. We thought it had something to do with the Renaissance period ……? 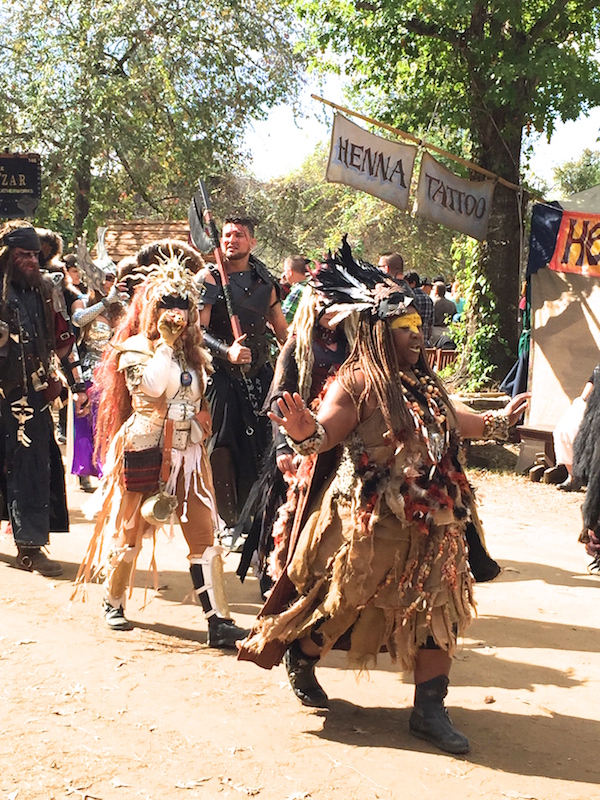 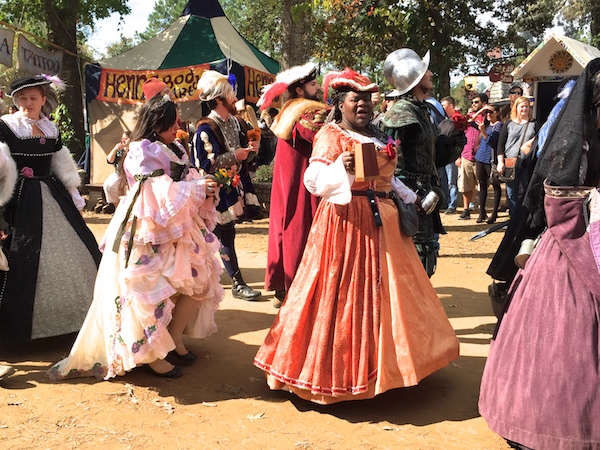 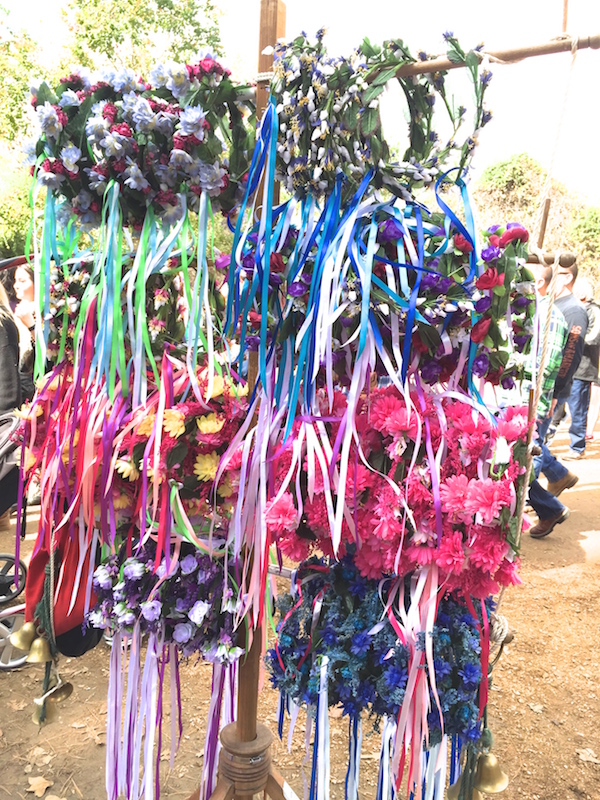 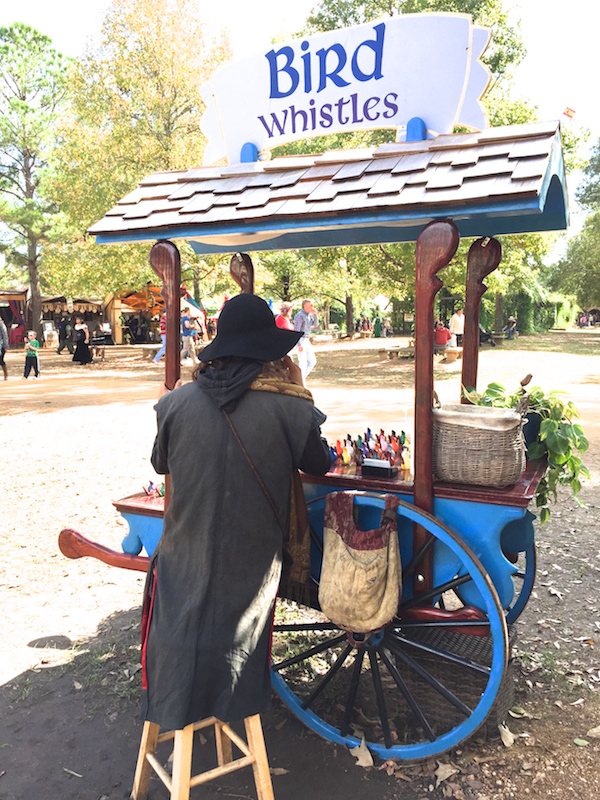 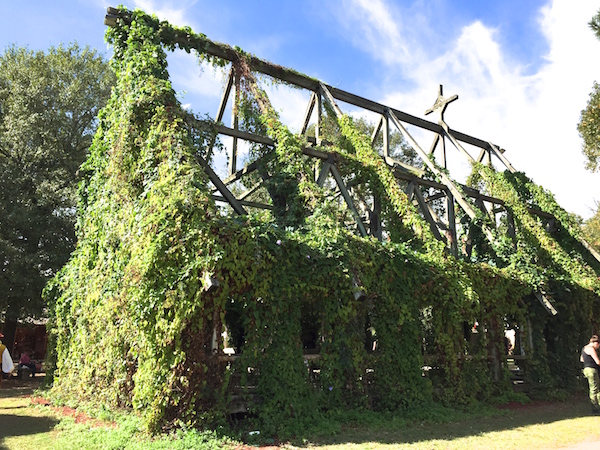 Back to the village. Inside, all of these costumed beings were incredibly friendly and stayed in character no matter what. Some wondered around the whole village while some stay in their area. Each section represented a different country, with the Italian Renaissance area, the German, Spanish, Scandinavian etc.. In each there is food and drink from that country. Spotted throughout were stages with constant Renaissance entertainment, mud wrestling, PG18 comedy shows, and knights in shining armor. There were lots of games and rides for kids of all ages, and even more stalls selling renaissance everything, clothes, hats, food. You can watch artisans making brooms or glass or swords. And there is alcohol to be bought and enjoyed everywhere you look. It truly is a paradise of some sort for kids of all ages, but I’d recommend the real kids (in terms of age) visit early before the older kids get too happy.

Overall I loved the Renaissance fair and all of its eccentricities. They had one the most terrible hot chocolates ever, but really, who goes to the Renaissance Festival to have a hot chocolate. Perhaps it is meant to be enjoyed with alcohol in it. I know little of the Renaissance period but it is pretty obvious that it was one of pleasure and entertainment. 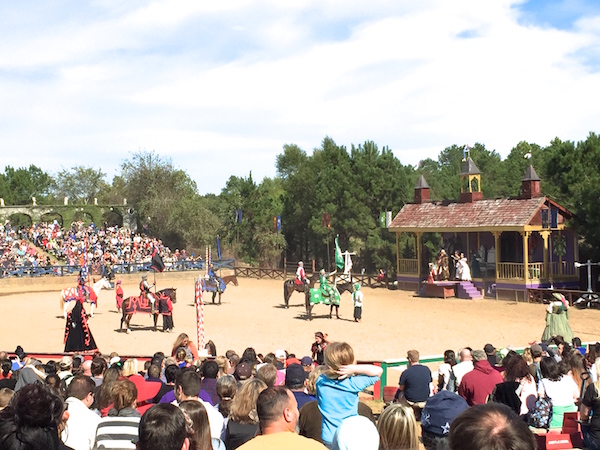 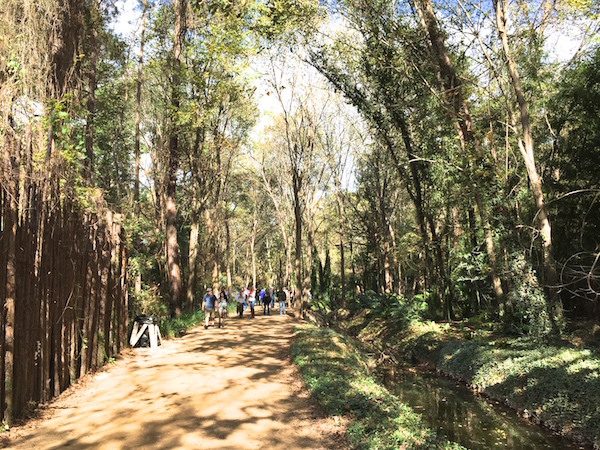 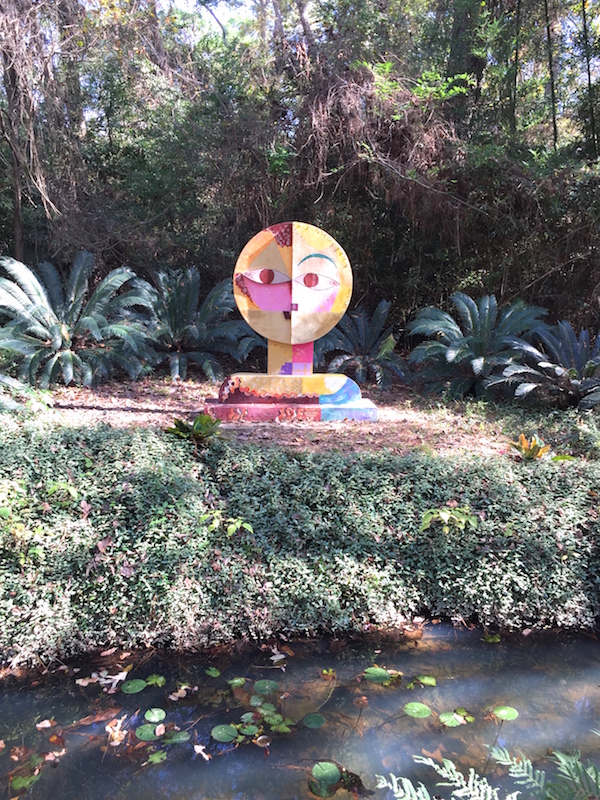 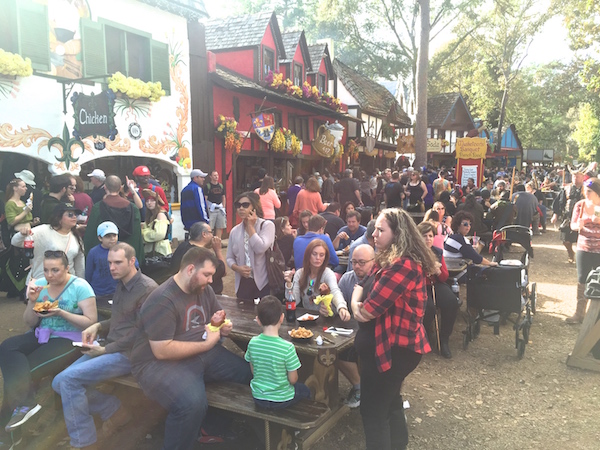 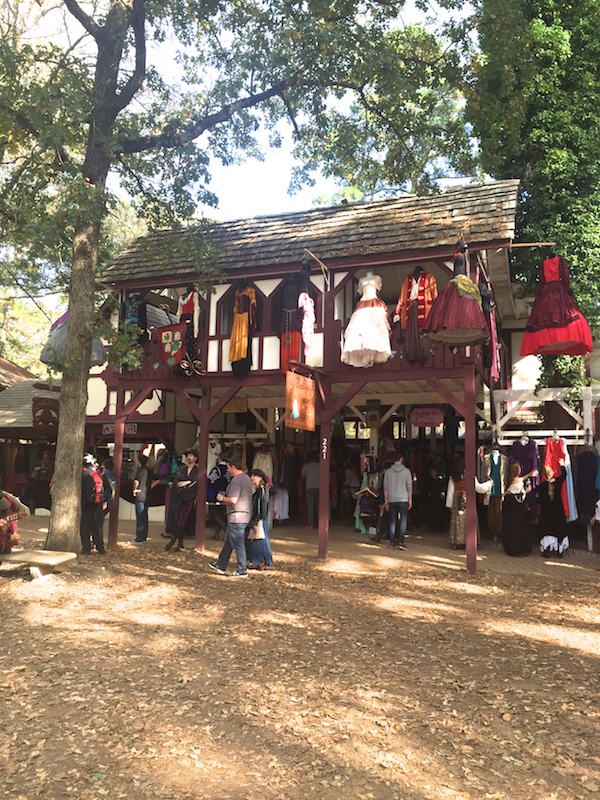 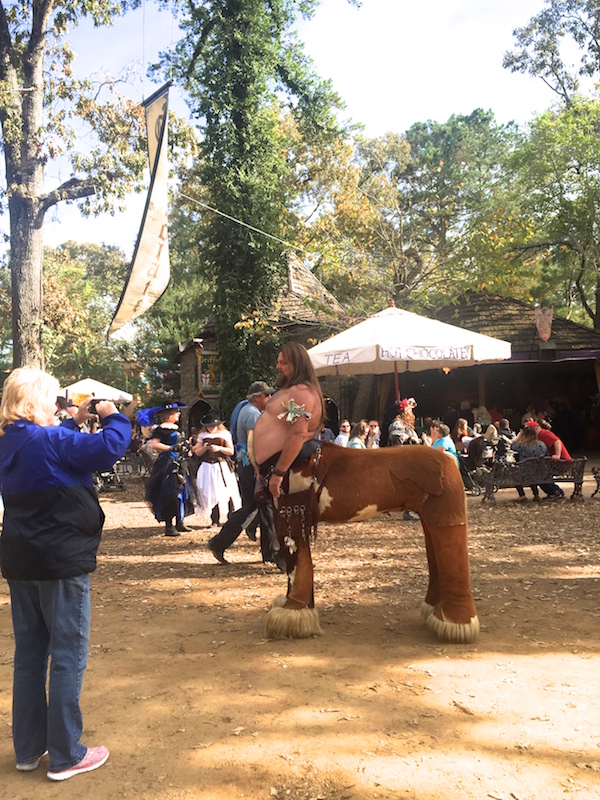 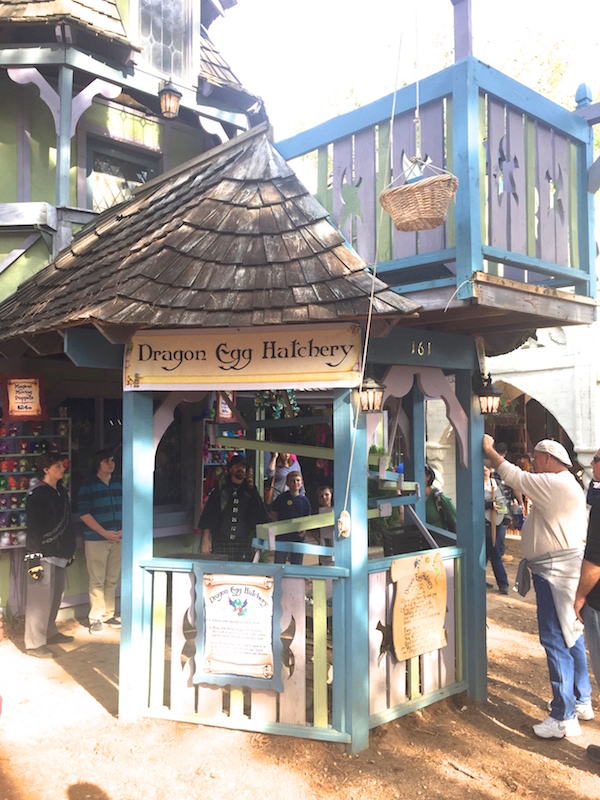 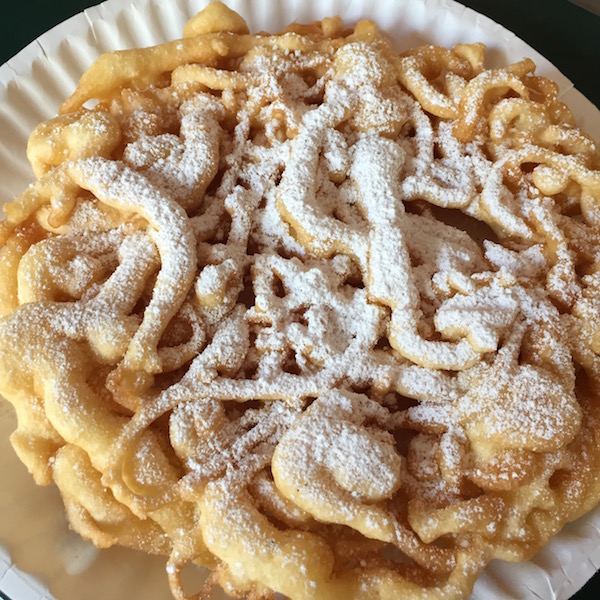 Verdict: No need to wear a costume, but if you ever wanted to wear one, this is the perfect place to wear it and feel like it is the most normal thing ever. I can see how people get caught up in the world of Renaissance Festivals and I might be ready for another small dose in a years time.