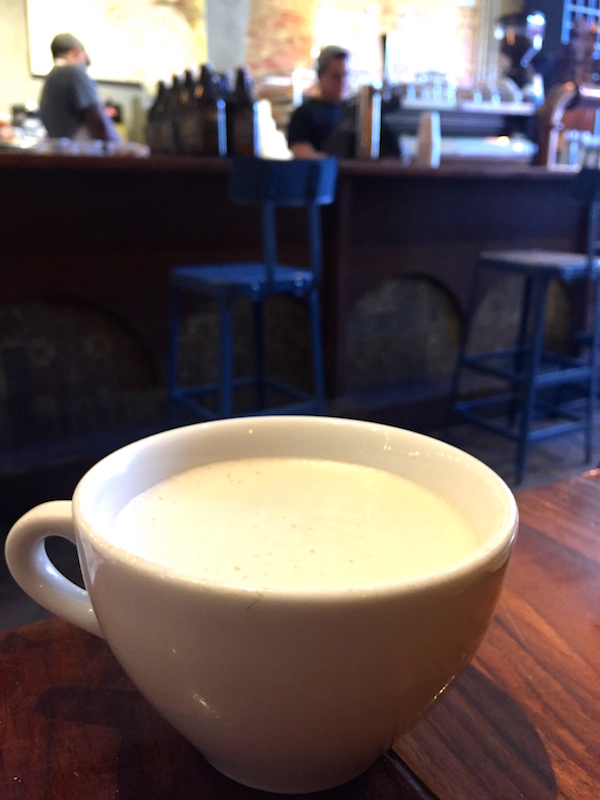 For weeks before I arrived in New Orleans I had been following District Donuts on Instagram. Every morning they post a picture of their donut display case made up of a handful of much loved classics. Every morning they would torture me with their unique donuts of the day. There was a crème brulee donut one day, maple sriracha the next, followed by smores, cotton candy, strawberry basil, cookies and cream, olive oil and rosemary. Every day was different, and every one of them looked incredible.

So when I woke up this morning in my comfy bed in the Lower Garden District of New Orleans and saw today’s selection of donuts on Instagram I literally flew out of bed. The first donut on the list today was a Mexican Hot Chocolate Donut! Yes, you read right. It was as if the New Orleans Mardi Gras gods knew I was coming and were handing me a welcome present.

After a long day of sightseeing and eating (when you go to New Orleans, plan on having many more than 3 meals a day…), we finally arrived at District Donut at 4pm only to find that, yes, they had sold out. I sunk 5 feet into the ground. The man at the counter proceeded to tell me how fantastic the Mexican Hot Chocolate donut was. That it is a chocolate donut with chocolate cream and a bit of cayenne pepper and other spices added for some kick, a surprising amount of kick apparently. Feeling somewhat disappointed, instead I settled for their classic hot chocolate (drink); based on Ghirardelli chocolate, good but nothing compared to their hot chocolate donuts I suspect. 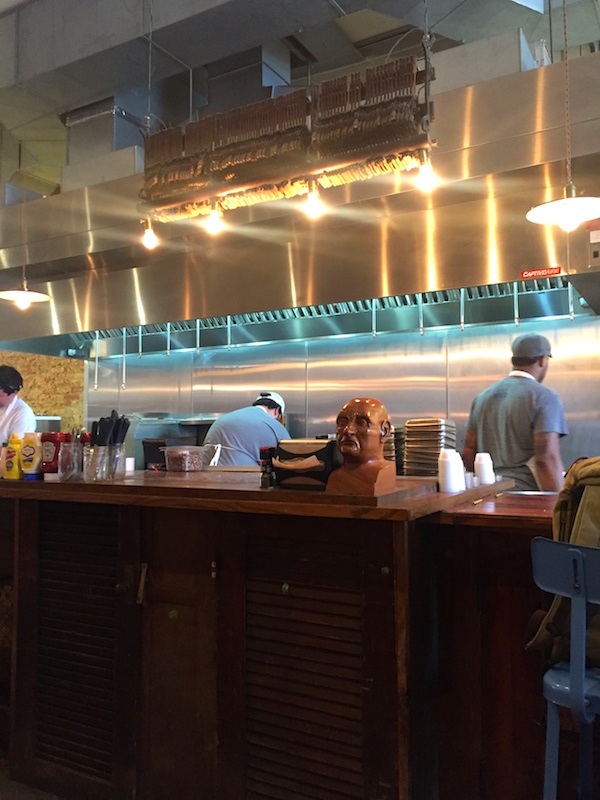 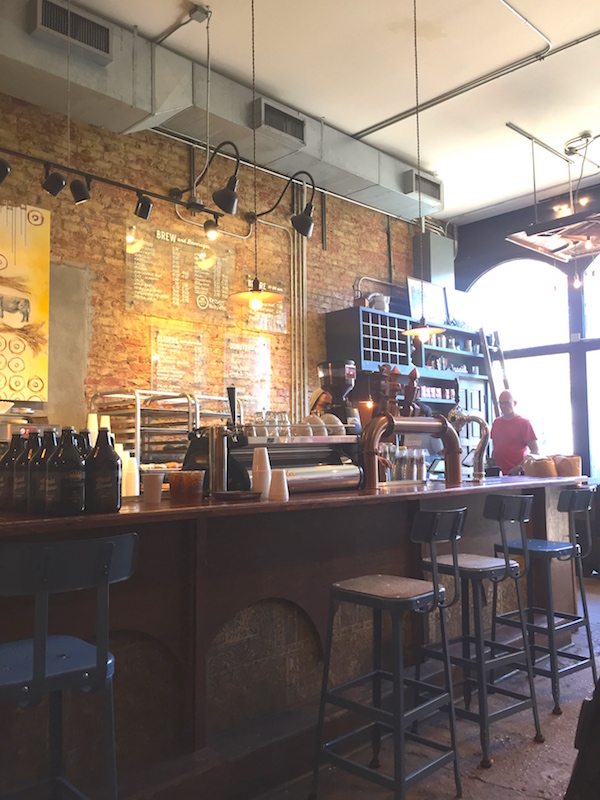 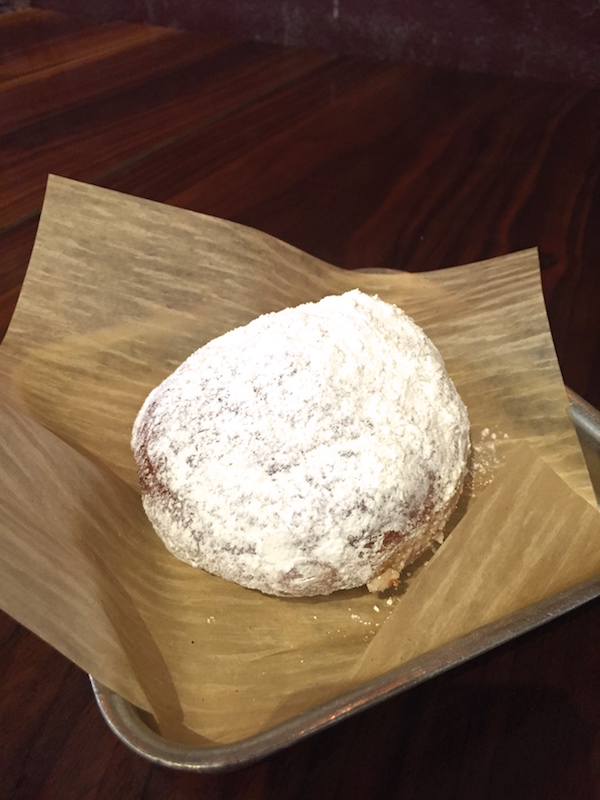 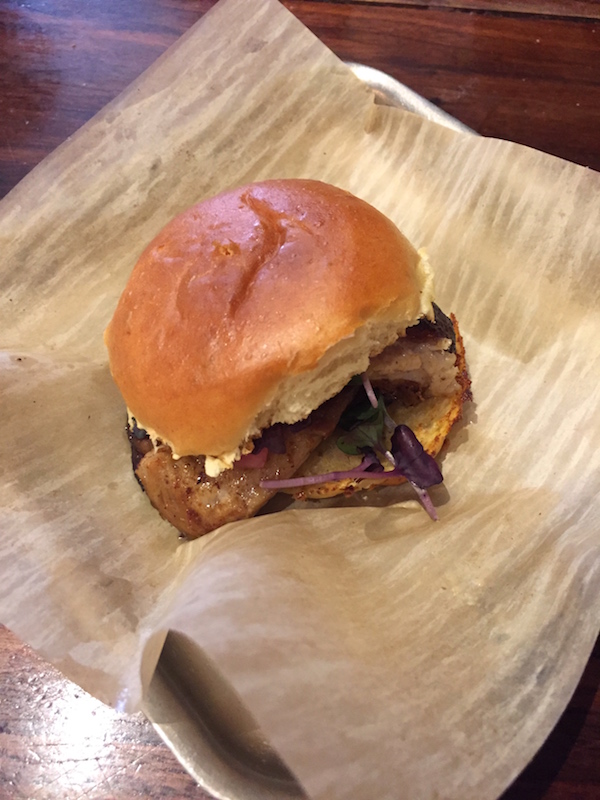 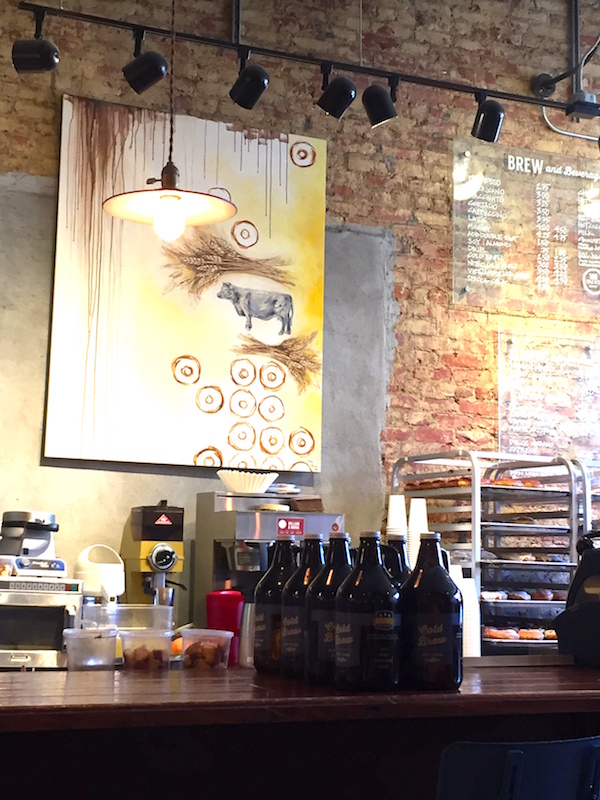 I never thought I was a donut lover until this trip. District makes all of their donuts from scratch everyday using natural ingredients and have dozens (apparently over 100) unique flavours. You can watch them all being created in their open kitchen.

Instead of the hot chocolate donut, we ordered a beignet donut which was, dare I say, better than the actual beignets at Café du Monde where we had been just a few hours earlier. We had a peanut butter and marshmallow donut to go, and while we were at it also devoured a handful of their sliders, which are absolutely incredible. Their sliders are made to order using sustainable ingredients with a focus on local producers, all celebrated on their website. They have good coffee too making this a perfect spot for breakfast, lunch, snack and dinner. If they opened a bed and breakfast upstairs I’d move in.

District Donuts is one of many fantastic businesses lining Magazine Street in New Orleans. No trip to the city is complete without a nice long walk along this street. See the posts from Sucre (coming soon), Hivolt (coming soon) and French Truck Coffee for more about this area. 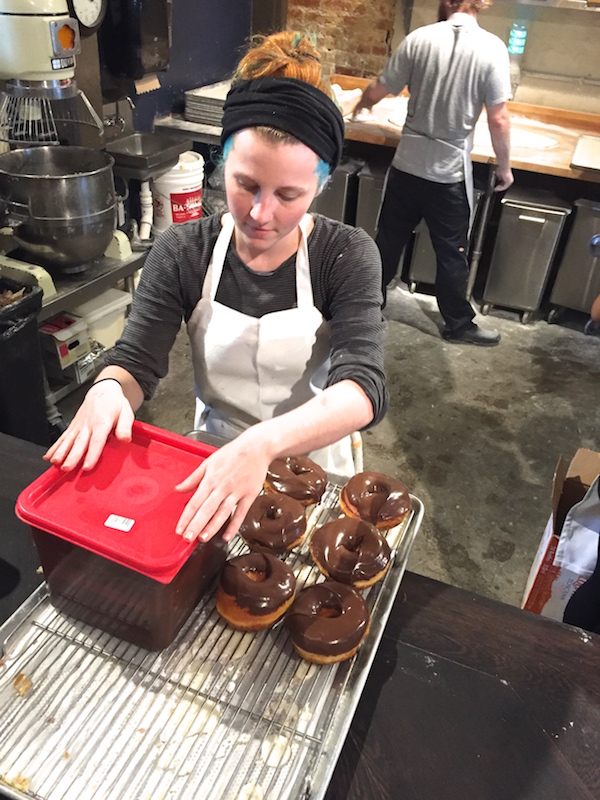 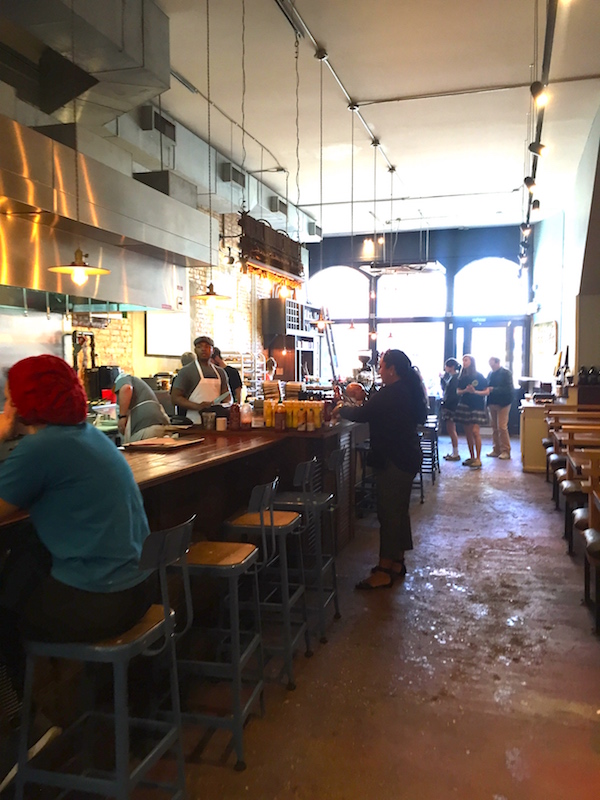 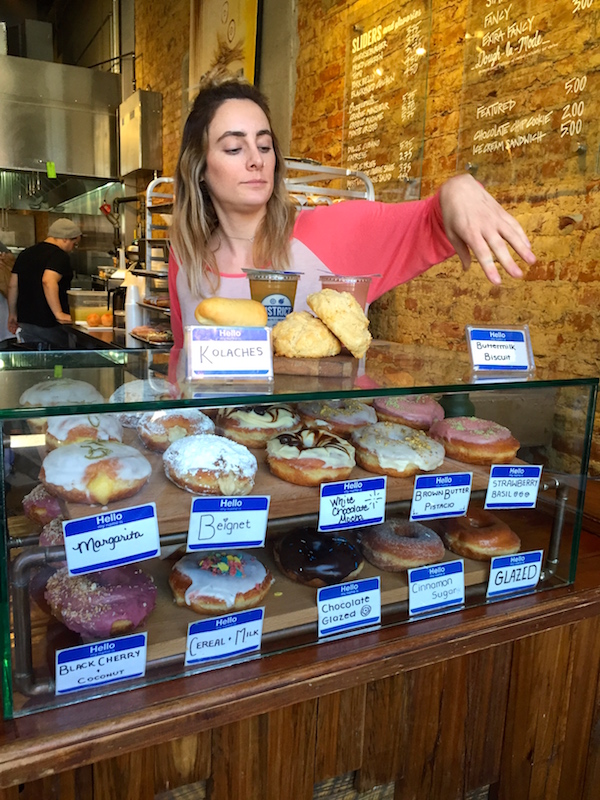 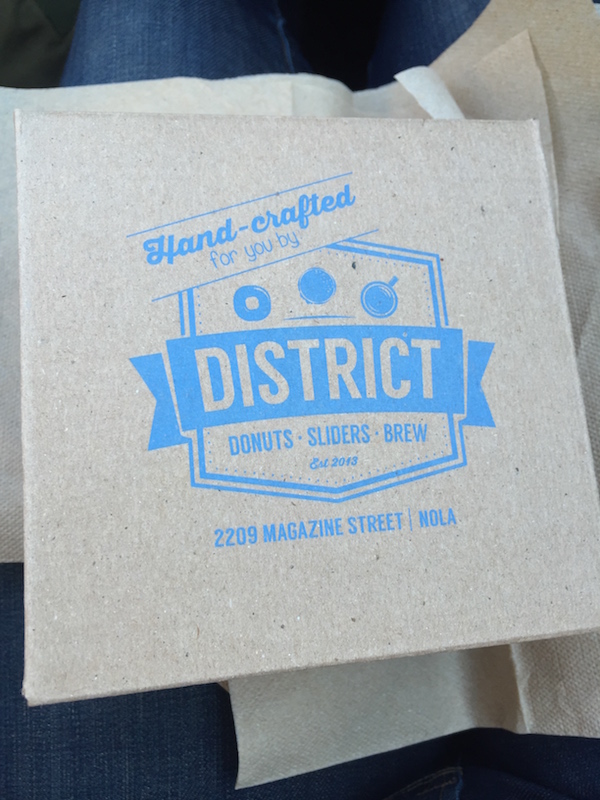 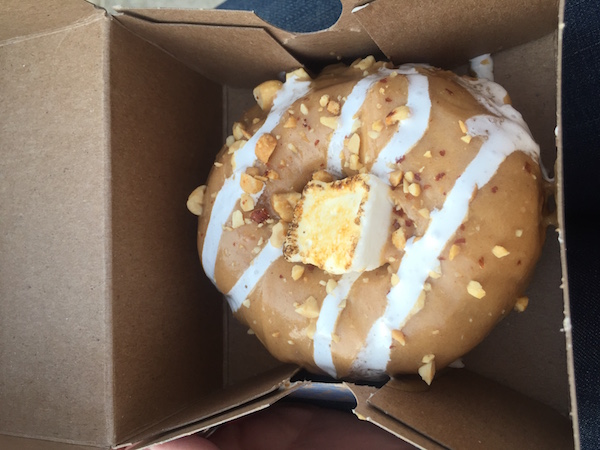 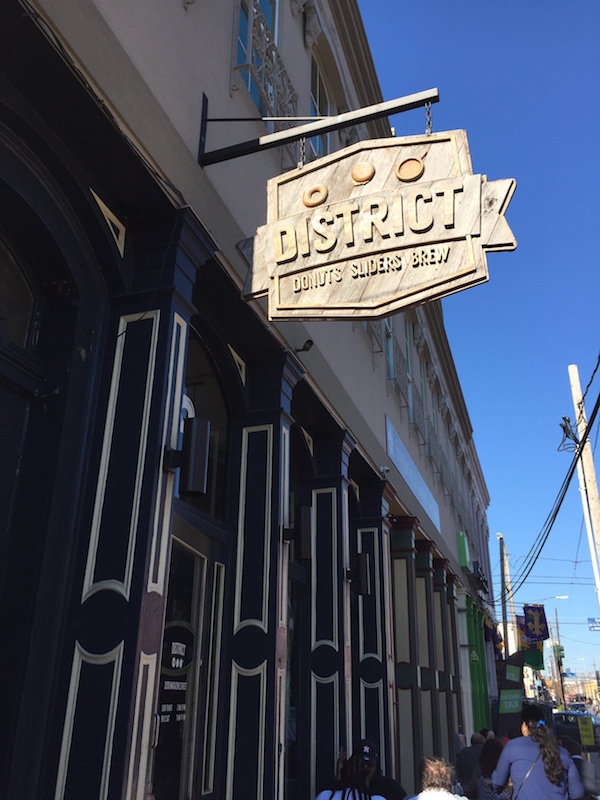 Verdict: If I knew which donut was coming up ahead of time I would completely plan future trips to New Orleans based on what donuts were being sold. I’m still torturing myself daily by watching their instagram account, and I recommend you do the same @districtdonuts. District Donuts, 2209 Magazine St, New Orleans, USA