A Hot Chocolate at The Festin de Babette, Montreal, Canada 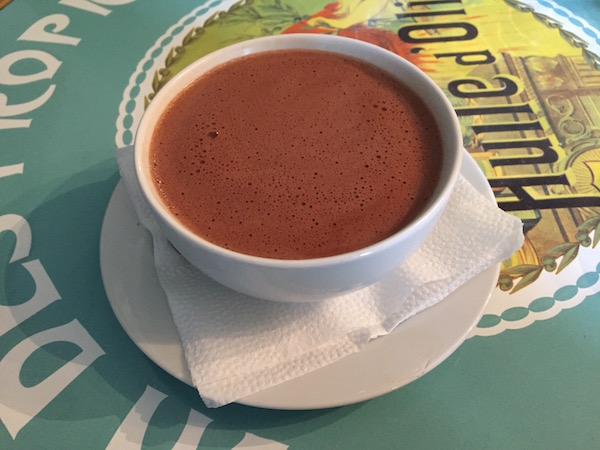 In 1987, Babette’s Feast won an Academy Award for Best Foreign Language Film. It is a Danish film that takes place in 19th century Denmark where a French woman, Babette, flees Paris to a little town to cook for a local family. Little do they know, she is an accomplished chef, creating delicious French meals that seduce all that eat them.

Fast forward to about 20 years ago and the spirit of Babette travelled once again, this time to Montreal where she became the inspiration behind a café on Rue Saint Denis, Festin de Babette. The reason most visit this local hot spot is very obviously their brunch plates which are on every list of best brunch spots in Montreal that we found. They created a platter that has everything you need, a little bit of salad, a little bit of soup, a bit of this, a bit of that and a shot of chocolate pudding to end off on a sweet note. We weren’t hungry enough for a full brunch (although they did look delicious) and instead devoured a King Kong Crepe, a classic banana Nutella crepe, similar to what we used to eat on a regular basis when we lived in Paris. 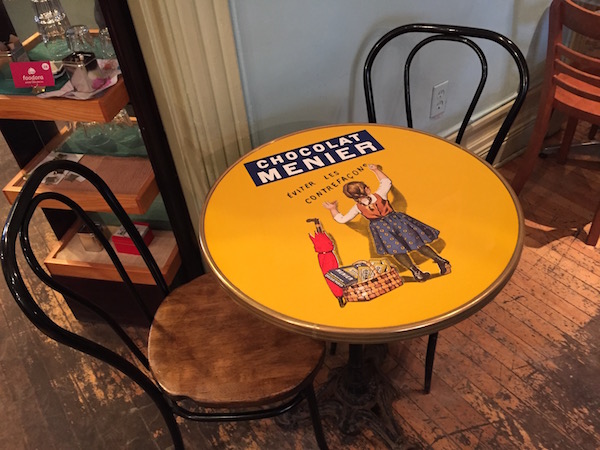 The reason I visited, and that you should too, is for the hot chocolate which clearly also puts it on the list of best hot chocolates in Montreal. Any place that has a menu dedicated just to hot chocolates automatically becomes unforgettable in my eyes, and Festin has a really good one. They use Valrhona chocolate as their base and then transform it based on your mood. You can go classic with a 55%, add a bit of orange (Le Choc-orange). If you are feeling a bit darker you can go for the Guanaja, a beautiful 70% Valhrona which will make your day. You can also go white, even add a bit of caramel/dulce de leche (Le Dulce). But on your first visit I would strongly recommend Le Babette, a 55% chocolate that’s beautifuly perfumed with hints of ginger, cinnamon and cardamom. I feel in love with everything about this hot chocolate, include the bowl is was served in. It was a feast of hot chocolate. 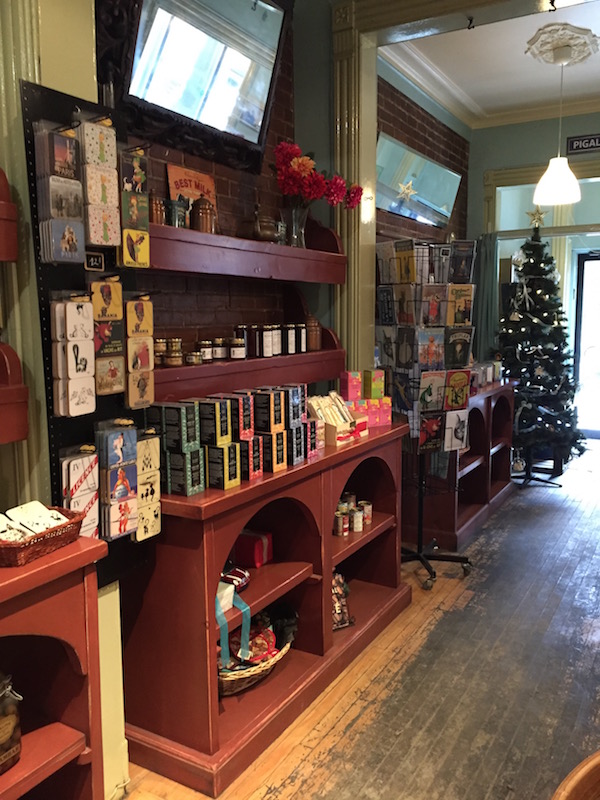 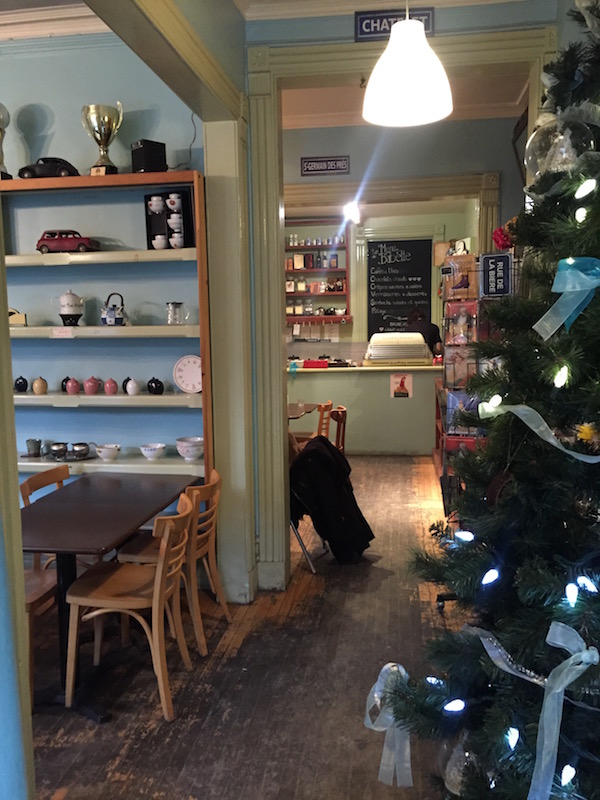 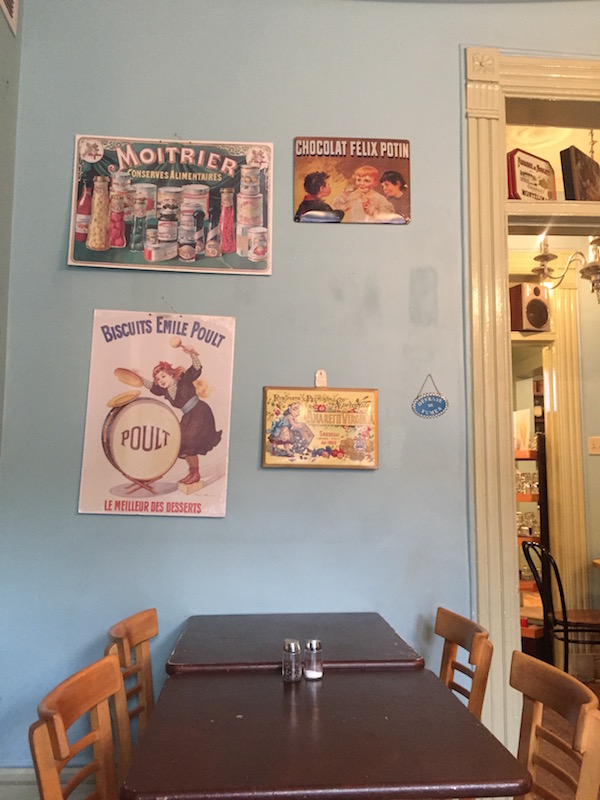 My recommendation is to order a large, which comes in a little bowl. Given the cold winters in Montreal, this will not only warm up your hands but also allow you to linger for longer, to watch everyone eating their award winning brunches and also to take in the surroundings. Babettes world is covered in old chocolate posters, a celebration of apparently random knick knacks on shelves everywhere, including one shelve covered in items you would find at a tourist shop in Montmatre in Paris. Afterwards, now that you’re full and happy, take some time to explore Saint- Denis. Regardless of what direction you choose to walk in there are interesting things to see, drink and eat as well as a lot of stunning street art and graffiti. We stopped at Festin de Babette just before doing a tour with Montreal Craft Beer Tours that starts just down the street. Montreal isn’t just known for its hot chocolates….it has some really amazing craft breweries too. Who knew. 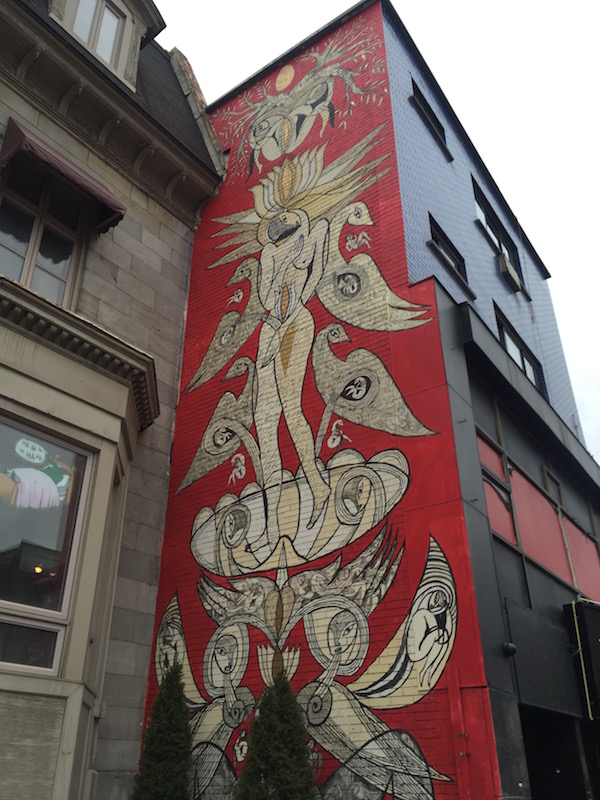 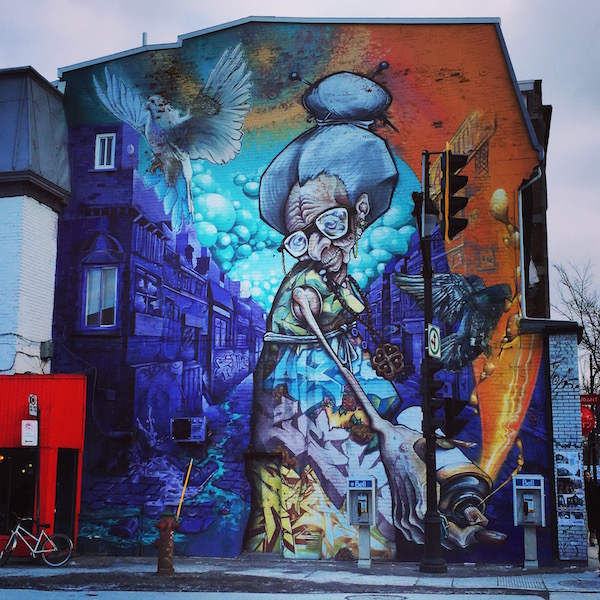 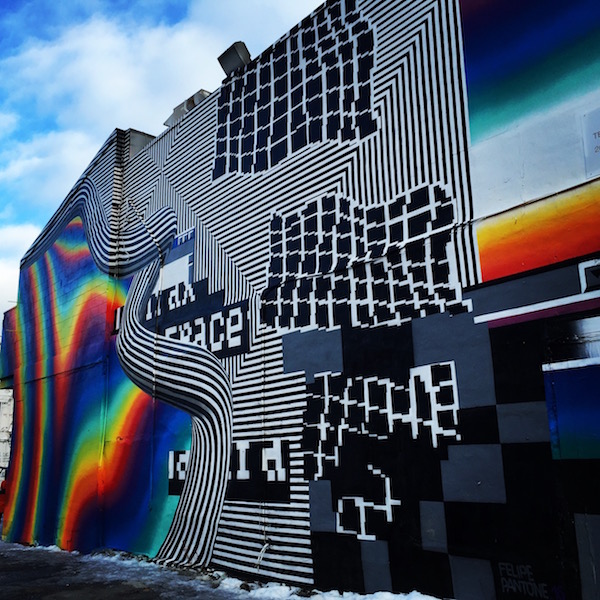 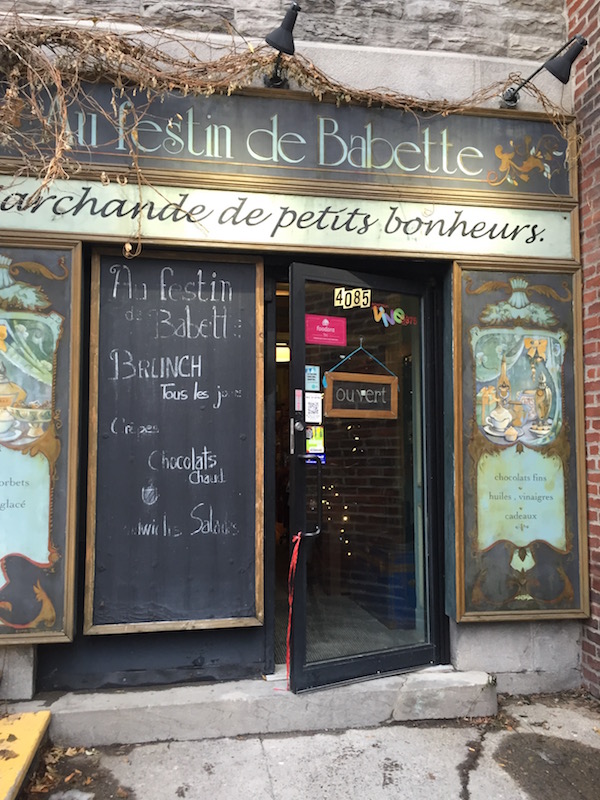 Verdict: Loved it. Don’t forget to look up at the ceiling which is beautiful. Le Festin de Babette, 4085 boul. Saint-Denis, Montreal, Canada