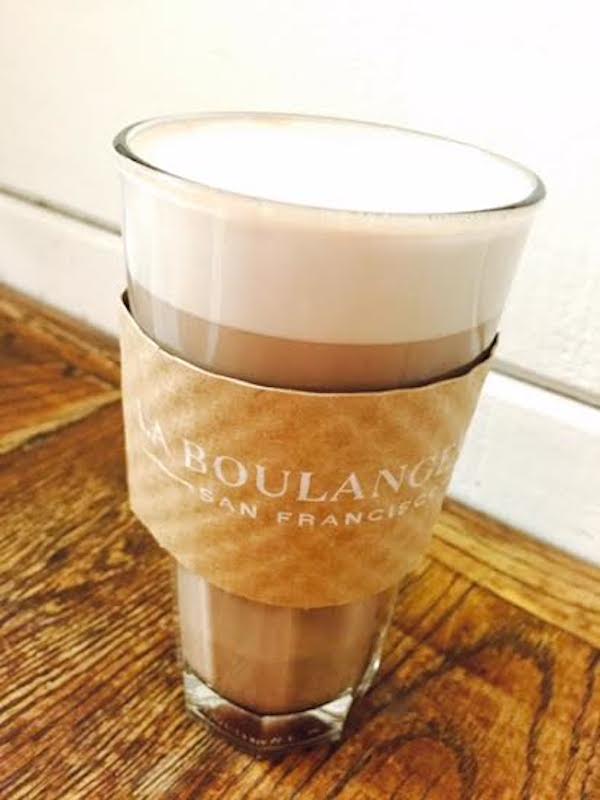 If I lived in San Francisco (yes, it was very hard to leave as the whole time we were there I wished we did live there ….. but back to my post), if I lived in San Francisco and for the very short time that we did, our local became La Boulangerie de San Francisco. We came here over and over again, for breakfasts, for snacks and, especially for their gorgeous glass bottles filled with magical lemonade with a hint of thyme. I say magical because I have never had a lemonade in my life that tasted as good as theirs, so good I was tempted to start a new blog dedicated to lemonades, but decided against it because I feared that this would be the only post.

The place starts off looking a lot like a traditional boulangerie in Paris, with its sky blue exterior with golden lettering, and even the funny little cut out of a bear holding a sign with the day’s specials. First thing when you walk in the door you are greeted by some very friendly and tasty looking pain au chocolate and almond croissants. After you order, the back opens up into a more San Francisco style seating area with old wooden tables set in in an area which is actually part of the kitchen. 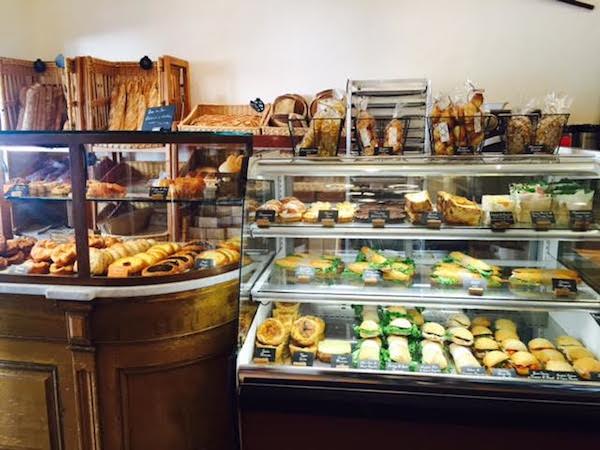 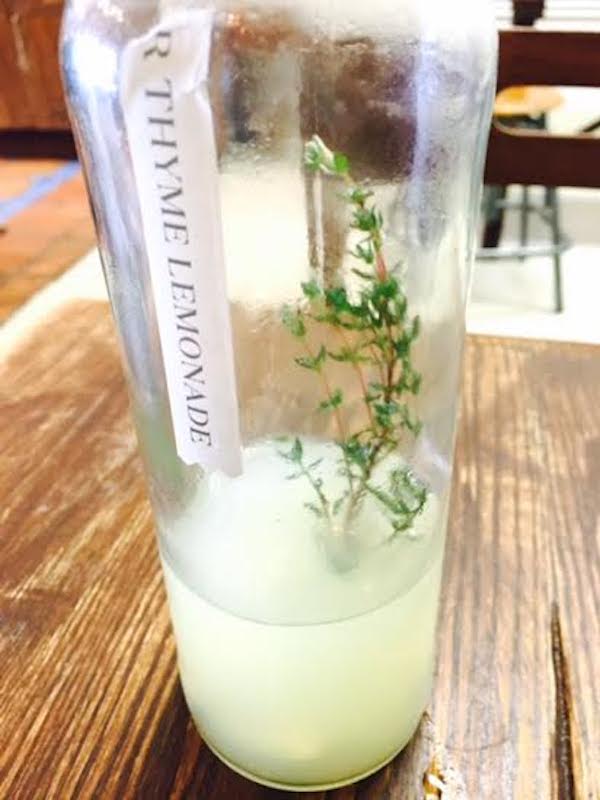 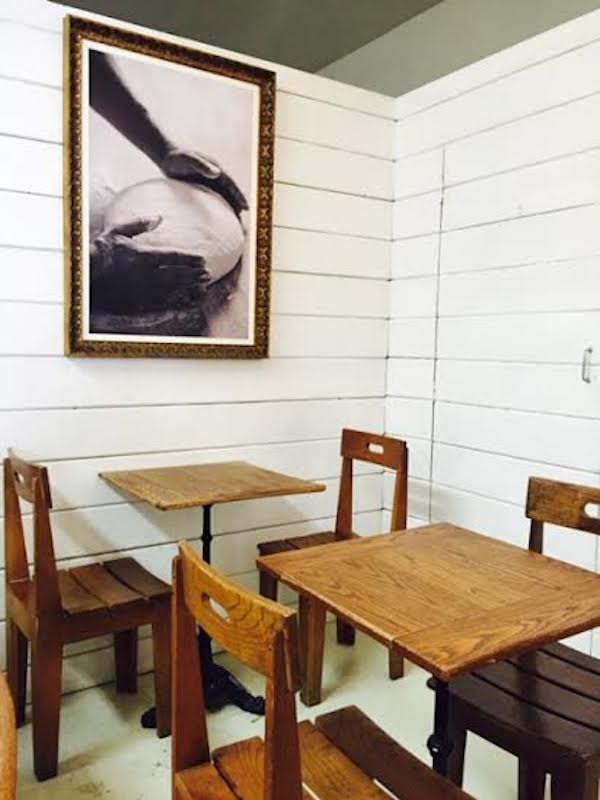 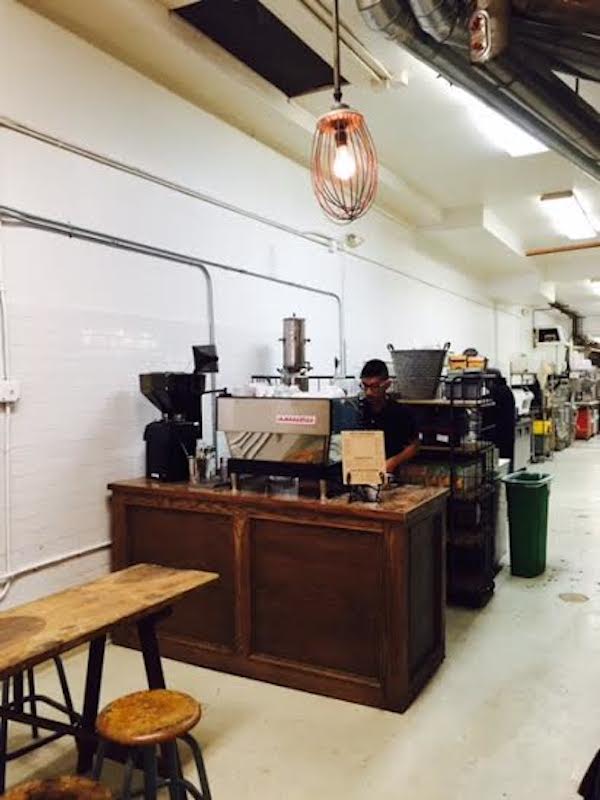 There were so many reasons La Boulangerie became our go to. The hot chocolate is served in a tall glass with cardboard around it to keep your fingers from burning. I’m not a fan of this kind of presentation, but I loved the hot chocolate. I had it every morning we were in San Fran and it was a perfect hot chocolate to kick off the day, not too decadent, not too sweet, just the right ratio of milk to chocolate. The coffee was also very very good according to Rich, everything we ate there, from pastries to sweets to quiches were all good and then of course that lemonade!

The story behind this amazing place is just as interesting as the food. French baker Pascal founded a French boulangerie in San Francisco in 1995 starting at this location and building up to 22 cafes. They were all bought by Starbucks and then later shut down, but Pascal then went and started opening them up again but this time under a slightly different name much to the delight of the locals (it has many fans). 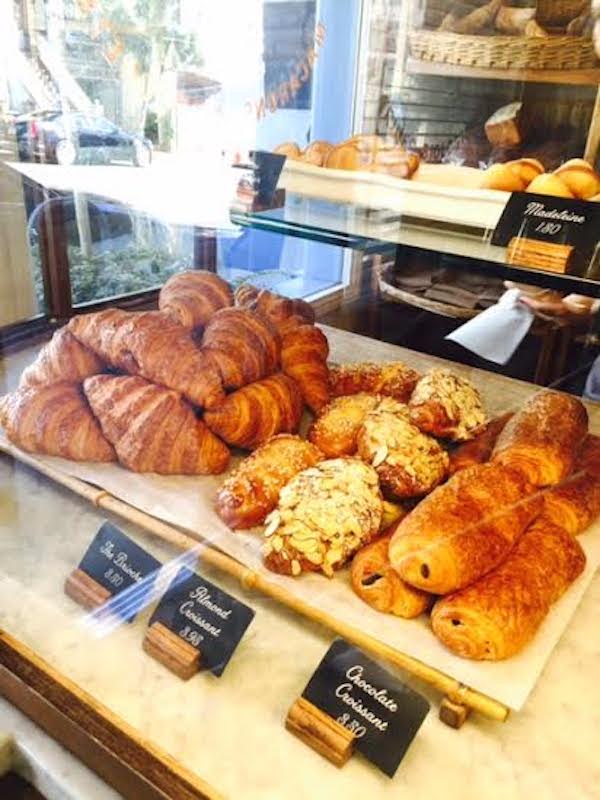 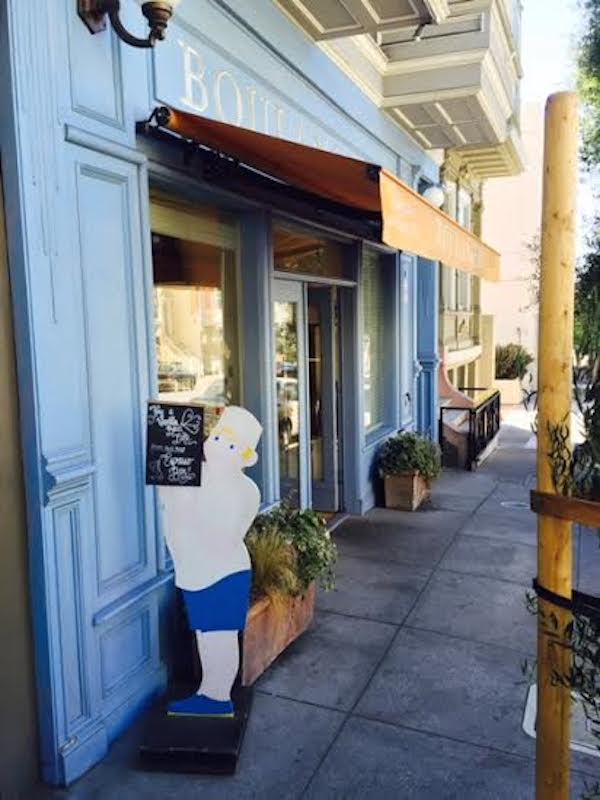